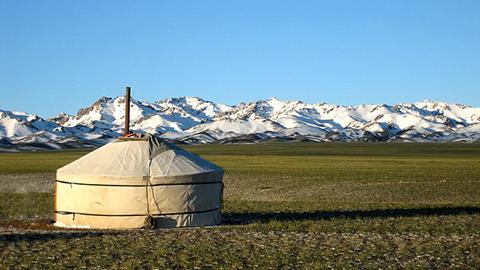 A twinkle of hope or a flash in the pan?

In the six years since the first Mongolia London Business Forum, Mongolia’s national growth rate has plummeted from 17 per cent in 2011 to just one per cent today. A national economy based wholly on mining has left this mineral rich but cash poor country perilously exposed to boom-bust cycles directly linked to international demand for natural resources. The Mongolian government’s failure to save in its last boom period led to unsustainable levels of national debt and has now impelled creditors the IMF and others to offer Mongolia a much-needed bailout to the value of US$ 5.5 billion. This is one of the biggest IMF programmes by GDP in its history.

Last month the Law Society attended the sixth Mongolia London Business Forum to hear encouraging messages by the Mongolian government, the IMF and international and Mongolian investors on the recovery of the Mongolian economy. The Mongolian State Secretary for Foreign Affairs, Mr Davansuuren Damdinsuren recognised bureaucracy as a major barrier to investment and outlined several measures the government planned to use to mitigate this. These included drafting a new Law on Mining aimed at removing bureaucratic hurdles and establishing a council for protecting investors rights at cabinet secretariat level. In addition, the IMF will work with the Mongolian government to strengthen the financial regulatory and supervisory frameworks and the anti-money laundering framework under the programme terms.

The Mongolian government is now eager to strengthen and expand the mining sector in order to capitalise on its estimated US$ 1 trillion of mineral resources, diversify the economy and integrate itself regionally. Its Finance Minister Choijilsuren Battogtokh has set strong growth targets of six to eight per cent for the next decade, according to an interview in the Nikkei Review. Mongolia has joined the WTO and entered into a number of bilateral trade agreements with Japan, the US and Canada, and is having discussions with South Korea and CIS countries. Mr Baya Sanjaa, the Mongolian Ambassador to the UK was keen to stress the UK is a good investment partner for Mongolia both in the traditional commodities sector, but also in the developing areas of agriculture and tourism. Perhaps signalling reciprocated interest on the UK’s side, the Department for International Trade has recently signed an MOU with the Mongolian Ministry of Mining and Heavy Industry, which was announced at the forum.

However, in the words of the Mongolian Ambassador, the Mongolian economy may have graduated from the intensive care ward, but it is not out of the hospital.

According to the OECD in 2015 and 2016, corruption in Mongolia is considered to be widespread. It ranked joint 87th place with Panama in 2016’s Corruption Perceptions Index by Transparency International. Mongolia has been criticised by the OECD for a lack of transparency in its public procurement process which raises the risk of corruption, as well as political interference in judicial appointments. Judicial salaries have recently been cut by 35 per cent due to the national economic crisis, which could compromise judges’ ability to effectively and impartially administer the law. The perceived high levels of corruption combined with compliance issues arising from inadequate regulatory and anti-money laundering frameworks have deterred investors in the past. Mongolia must continue to build and improve its democratic infrastructure and comply with its own body of domestic laws before it can become an attractive destination for foreign investors.

Despite significant potential for international investment, Mongolia remains a small legal market. While there is wider interest from firms to operate on a fly in fly out basis, only a handful of foreign law firms have set up a permanent presence in Ulaanbaatar, including one English firm. Foreign lawyers must apply for registration with the Mongolian Ministry of Justice in order to conduct legal business in Mongolia. In order to provide legal services on Mongolian law foreign lawyers must enter into a partnership (LLP) or with a Mongolian lawyer or work with a local lawyer on a contractual basis.

Foreign lawyers are also allowed to sit the Mongolian bar examination; however the Mongolian language requirement effectively precludes this. Mongolia is not a recognised jurisdiction under the Qualified Lawyers Transfer Scheme of England and Wales. For further information you can download our Doing legal business in Mongolia guide.

The Mongolia London Business Forum was organised by the Mongolian British Chamber of Commerce .