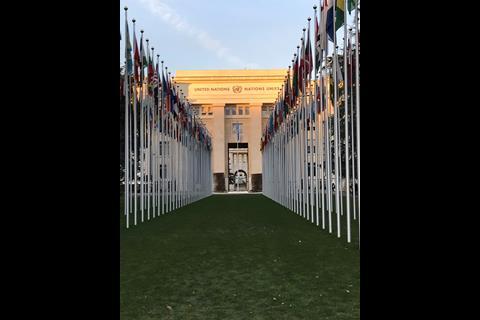 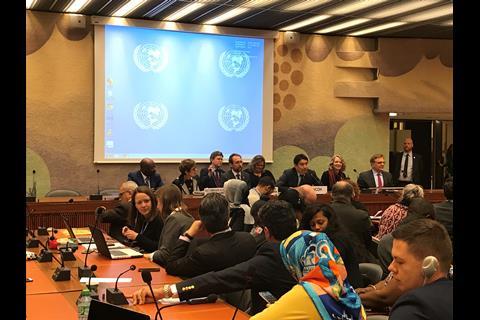 On 9th March, the Law Society attended the annual meeting of the UN High Commissioner for Human Rights, Prince Zeid bin Ra’ad Al-Hussain, with NGOs at the Palais des Nations in Geneva.

Around 300 attendees from a wide range of international organisations participated in this meeting. This platform enabled organisations to voice their concerns directly to the High Commissioner in relation to human rights worldwide. It was the last annual meeting that Prince Al-Hussein hosted in his capacity as UN High Commissioner for Human Rights given that his mandate will terminate in August 2018. A new High Commissioner for Human Rights will be appointed by the UN Secretary-General, António Guterres, later in the year.

At the meeting, the UN High Commissioner emphasised the importance of advocating for ALL human rights, not just those directly affecting individuals or groups. He also answered questions relating inter alia to: human rights situation in Iran; investigations of historical human rights violations in various countries; the militarisation of national security in Central America; and the recent violence in the US related to the tension between Black-American communities and the US police. The High Commissioner noted and shared the same concerns presented by attendees. He particularly encouraged civil society to continue playing an active role in the protection and promotion of human rights.

Prince Al-Hussein also encouraged to be more creative when advocating for human rights, highlighting that international legal standards should be complemented with lobbying at political level. He emphasised that progress towards the fulfilment of human rights is a very slow process that needs the involvement of all societal and political forces. Finding the right avenues to convey messages is essential to ensure effectiveness of advocacy and for the promotion and protection of human rights for all.