How to practise in Indonesia 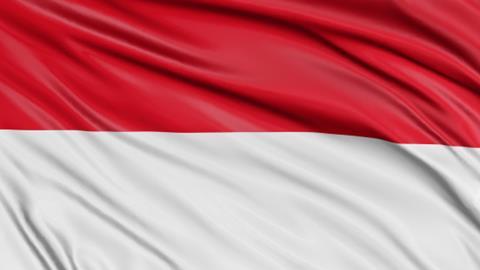 The Indonesian legal system is a mixture of the traditions which have influenced it over the centuries. The three main strands are customary (adat) law, Romano-Dutch civil concepts, and post-independence legislation. In commercial law all three strands can be seen: the main commercial statute (the Commercial Code 1847) dates from the colonial period, but is supplemented by modern legislation such as the Capital Market Law 1995 and the Oil and Natural Gas Law 2001. Adat concepts such as “consensus through decision making” are also part of commercial practice.

The constitution dates from 1945 and has been amended 4 times since the fall of President Soeharto in 1998. These reforms have provided limits on the power of the President and the central government. The 2001 amendment provided for the creation of a Constitutional Court, which is empowered to review legislation, resolve disputes between state institutions, adjudicate disputed election results and rule on Presidential impeachment. Decisions of the Constitutional Court are final and binding.

The Law on Advocates also requires the formation of an apex body to regulate the legal profession. PERADI is now the recognized body of advocates, although competing bodies remain. There is also a separate profession of notaries, who are involved in drafting and certifying documents.

Law is an undergraduate degree in Indonesia. There is a national curriculum which is taught at over 200 accredited law faculties across the country. Legal education at the university level tends to have an academic rather than practical focus.

The Law on Advocates also requires the formation of an apex body to regulate the legal profession. PERADI is now the recognized body of advocates, although competing bodies remain. There is also a separate profession of notaries, who are involved in drafting and certifying documents.

Foreign lawyers wishing to work in Indonesia must submit relevant documentation to the Ministry for a permit. This documentation includes: curriculum vitae, certified copies of degrees, clarification letters on practicing status, proof of membership of the bar in the country of origin, immigration documentation proving the applicant has not been blacklisted, and the tax number of the sponsoring law firm and the foreign lawyer. Once granted, the licence is valid for 1 year.

The Indonesian law firm is also required to submit regular documentation to the Ministry, setting out the need for a foreign lawyer, the lawyer’s particular skills and the pro bono work undertaken by the lawyer.

The 2003 Law on Advocates set out the requirements for becoming an Indonesian advocate. These include Indonesian nationality and residency, an undergraduate law degree, successful completion of the bar exam and a two year training period in a law office.