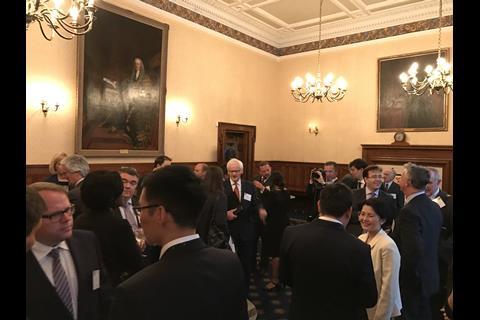 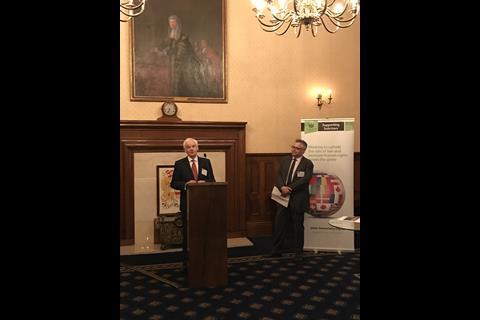 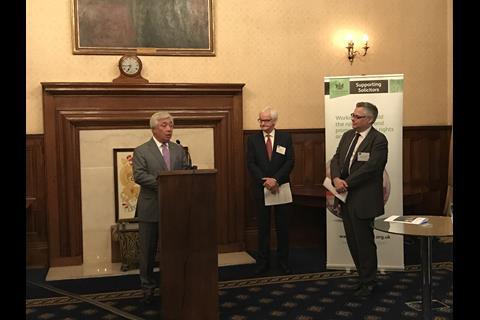 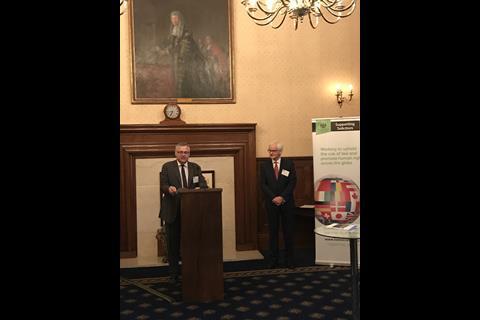 On 5 June 2017, the Law Society hosted a reception that launched the academic component of a judicial training project aimed at providing 14 Kazakhstani judges with an overview of the English common law system and the rule of law as well as an insight into the legal profession in England and Wales.

In partnership with the Supreme Court of Kazakhstan, the Astana International Financial Centre (“AIFC”), City University, and INTO City. This event was an opportunity for Law Society members, the Embassy of Kazakhstan in the UK, the Foreign and Commonwealth Office and other key stakeholders to meet with the judges undertaking this training. This was also an occasion to present the purpose of the project as well as to strengthen  the professional networks between Kazakhstan and the UK.

The Law Society’s Vice President, Mr Joe Egan, opened the event highlighting the need to embed rule of law principles at the heart of the AIFC, not just ensure business stability and growth, but to establish a clear, fair and transparent system of legal redress that can be replicated in other areas. He also underscored the value that this programme would bring towards achieving this objective. Mr Egan also underlined the commercial relationship between the UK and Kazakhstan, and praised the Law Society’s judicial training programme for contributing to the increasing the knowledge and familiarity of the judges in the chosen areas of law for the solid foundation of the Astana International Finance Centre. He emphasised on strengthening the partnership with Kazakhstan in training high-professional legal practitioners and to assist in developing an effective legal system for the country.

This speech was followed by a speech by the Kazakhstan Ambassador to the UK, His Excellency Erlan Idrissov, who highlighted that, with the Astana International Financial Centre set to be based on principles of English law, it was essential for practitioners to study English judicial practice. Expertise and knowledge gained by Kazakh judges through this programme will ensure the effectiveness of the AIFC court, encourage fair settlement in investment disputes, and attract foreign investment to Kazakhstan’s economy. Ambassador Idrissov also noted that, as a relative young nation, Kazakhstan is facing many rule of law challenges but it is committed to learn from others by integrating best practices from other jurisdictions. Training in English common law and rule of law is regarded as a core task in reforming Kazakhstan’s judicial system, which would increase effectiveness and transparency in line with the nation’s economic and political modernisation. Ambassador Idrissov also praised this initiative and the cooperation with the Law Society in Kazakhstan.

Mr Carl Stychin, Dean of City law School, provided an outline of the programme and highlighted the commitment and support that City University is honoured to provide for the successful outcome of the judicial training of the Kazakh judges.

The academic component of the programme was designed by the Law Society and is being delivered by City Law School . The programme includes aspects of English common law, contract law, dispute resolution and arbitration, rule of law and international human rights. During this period, the judges will also be involved in placements organised by the Law Society with UK law firms, barristers’ chambers and international institutions. The Kazakhstani judges will be spending time with E&W judges and officials from the Judicial Office. The project also envisages to deliver evening seminars to supplement the academic training and practical placements.

If your law firm is interested in hosting a judge as part of the placement programme, please contact: katharina.kirchberger@lawsociety.org.uk