The solicitor apprenticeship: An insight into the legal life of the JLD’s latest members 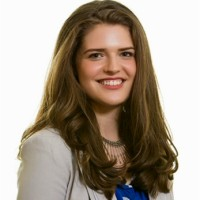 The prospect of not being able to secure a training contract was something that worried me from the start of my legal career - something that I imagine is not unusual for aspiring lawyers.

In my first year studying law prior to the apprenticeship, I had the common problem of struggling to find work experience and was worried that this would lead to a struggle to find a training contact.

The solicitor apprenticeship is a six-year programme that incorporates studying for a law degree alongside working four days a week in a firm.

The apprenticeship guarantees a training contract, a salary and all tuition fees paid by the employer.

For me, there was nothing not to like about this prospect. I loved the university I was at, and the course I was on, but was eager to get a head start in my career.

The more common approach is to begin an apprenticeship straight after your A Levels but I was glad to have a slight head start from the basics I was taught in the first year of my degree - so it certainly wasn’t a wasted year despite my change of plans.

I admit (rather embarrassingly) that I applied to every single solicitor apprenticeship being offered outside of London – although considering the route is relatively new, it wasn’t actually that many!

The application processes vary significantly between firms and this was something that was quite daunting when compared to the standardised UCAS process I had been through two years before.

Some firms require the completion of many different stages, similar to the recruitment process for trainees, whereas one firm simply requested my CV, brought me in for a face-to-face interview and then, a week later, offered me a job!

Luckily for me, since I am from the North East, the Newcastle firms seemed to be very ahead of the game with apprenticeships.

Each year, several firms in the city form a consortium and your application goes to all of the firms within that group.

As you progress to the later stages of the process, the firms offer a vacation scheme-style placement which is ideal for getting a feel for the firms and the opportunities they each offer.

The consortium model also meant that once I had been offered an apprenticeship, I would have a peer group with those in the other firms, some of whom I had already met during the application process.

I began my apprenticeship with Womble Bond Dickinson in the projects and procurement team of the Newcastle office in September 2018.

The support and welcome that I received from the outset was second to none. In making my decision about which job to accept, I was worried about being one of the youngest in a large firm and was concerned about whether I would be “lost” in such a big organisation.

However, my experience has been quite the opposite. I have been taken under the wing of the trainees and there are now five solicitor apprentices in the Newcastle office alone with more set to arrive in September!

It was great to have senior colleagues, who I hadn’t previously met, asking all about what the apprenticeship entailed and showing such a positive interest in alternative routes to qualification.

I wouldn’t say that the solicitor apprenticeship route is by any means an easier route to take than the traditional route, the development of my time management skills has definitely been vital in juggling study alongside work.

Solicitor apprentices are given one day per week for study and this includes face-to-face teaching once a fortnight which is set to reduce to once every three weeks in October (the frequency of contact time at university is dependent on the training provider).

Personally, studying for my degree is by far the most challenging aspect of the apprenticeship as for me it is very much “the boring bit”.

I love being immersed in the day-to-day practice of a law firm and that’s where I prefer to be rather than studying for exams.

Although, there is the added of bonus of having a visible end goal of qualification as a solicitor to spur me on through gruelling revision!

The matters that I am assisting with and the tasks that I have completed have surpassed my expectations of the work that I would be doing at this early stage in my career.

In my first six months at the firm, there was a fantastic trainee in my team who helped me so much with any (mostly silly) questions I had and was such a support, for which I am still so grateful.

The decision was made that after her rotation there would be no trainee in my team in the Newcastle office and that some of the trainee tasks would be passed to me.

At first, I was apprehensive about this, as I didn’t know if I would be capable, however this more challenging work has been an invaluable opportunity and has really helped me find my feet within the team.

Some of the examples of the work I have been involved with to date include attending client facing meetings, assisting with research, project management and completions, including doing a small completion on my own which was very exciting to tick off of my apprenticeship bucket list!

Since my team deals with both commercial and property work in the public sector, I have been involved with a broad range of matters which have been so advantageous for my development.

This variety of work is particularly beneficial for an apprentice as I remain in the projects and procurement team for four years before embarking on the usual six­-month seat rotations undertaken by trainees.

I cannot advocate for the solicitor apprenticeship route enough and would encourage all driven young people interested in a career in law to consider it.

I would also urge all firms to consider offering legal apprenticeships in the future.

Certainly, the traditional route and the apprenticeship route bring different benefits to the table, but I strongly believe that more budding lawyers should have the opportunity to pursue this invaluable avenue of qualification.

Sahana Grimaldi is a solicitor apprentice at Womble Bond Dickinson