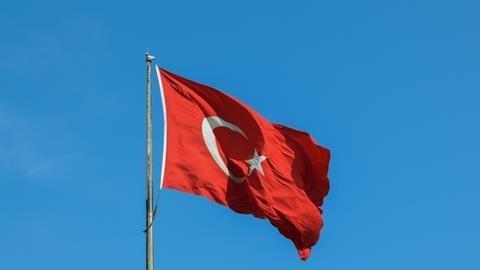 On 25 May 2020, the Law Society wrote a letter jointly with Lawyers for Lawyers, the European Association of Lawyers for Human Rights and Democracy, and the Turkey Litigation Support Project to the UN Special Rapporteur on the independence of judges and lawyers, to ask for urgent action on behalf of lawyers Ebru Timtik and Aytaç Ünsal detained in Turkey.

The letter expresses our grave concerns regarding the life-threatening situation of long-term detained lawyers Ebru Timtik and Aytaç Ünsal of the Progressive Lawyers Association (CHD). They are on hunger-strike and have announced that they will continue this action until their death to express their serious concerns about judicial independence in Turkey and in protest of the irregularities in the Turkish criminal proceedings brought against them, their clients and in general.

Trial against Ebru Timtik, Aytac Ünsal and their colleagues

In September 2017, Ebru Timtiek, Aytaç Ünsal and 12 of their colleagues from the law firm People’s Law Office were arrested following orders from the Istanbul Peace Criminal Judge. They were accused of having ties to the Revolutionary People’s Liberation Party (DHKP-C), which is a designated terrorist organisation in Turkey. These lawyers were being detained separately in a number of different prisons, far away from their families and places of residence. Following their arrest, reports were made of on-going ill treatment of the detained lawyers.

Since the beginning of their trial, many incidents occurred that have raised concerns about the impartiality and independence of the proceedings. For instance, the judges who initially ordered the release of the lawyers from pre-trial detention  were taken off the case and the released lawyers were re-arrested; some witnesses’ identities were kept anonymous and they testified remotely by video link system SEGBIS, not in person, which prevented their identity or free will to testify from being verified and the defence to effectively examine the witnesses. In addition, the charged lawyers were frequently interrupted or escorted out of the court room during the hearings. After challenging the chief justice on the grounds of lack of impartiality, the lawyers’ requests for recusal of the bench were repeatedly rejected by the court and their unjust treatment continued.

On 20 March 2019, eighteen lawyers from the People’s Law Office, including Ebru Timtik and Aytaç Ünsal were sentenced to prison sentences of between three- and 18-years for terrorism-related charges.  On 15 October 2019, the Istanbul Regional Court of Justice, Second Penal Chamber upheld the verdict of the lower court. Ebru Timtik and Aytaç Ünsal, among others, appealed their sentence at the Court of Cassation. The case is still pending.

The detained lawyers started their hunger strike to protest the irregularities in the criminal proceedings and to express their serious concerns about judicial independence in February 2020. On 5 April 2020, on the occasion of Lawyers’ Day, the CHD announced that attorneys Ebru Timtik and Aytaç Ünsal have converted their hunger strike to a so-called “death fast”, indicating their intention to continue the hunger strike until their death. They had already been refusing food for 94 days and 63 days respectively.

Their situation is extremely critical and their lives are under imminent threat considering the significant risk they are facing due to the fast-spreading COVID-19 virus.

1) the immediate release of Ebru Timtik and Aytaç Ünsal, at least pending their appeal, especially with regard to their current health status and considering the significant risk they are under with the fast-spreading COVID-19 virus,

2) a guarantee that the appeal procedure will be handled by an impartial court in accordance with the internationally recognised right to a fair trial, including a serious review whether enough evidence has been presented by the prosecutor to justify the convictions.

The signatories call upon the UN Special Rapporteur to intervene in these grave matters and raise these issues, as a matter of priority, with the Turkish authorities.

Read our joint letter in full below.