Women and the Law

HeforShe: Are we ready to change the narrative? 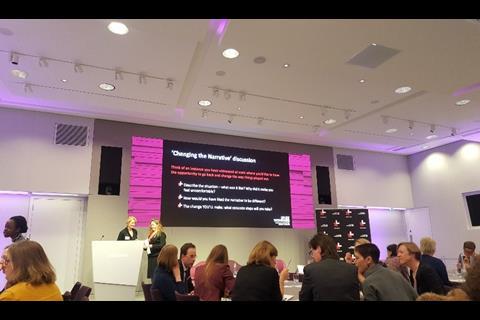 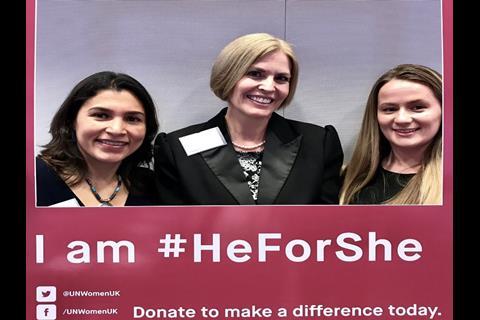 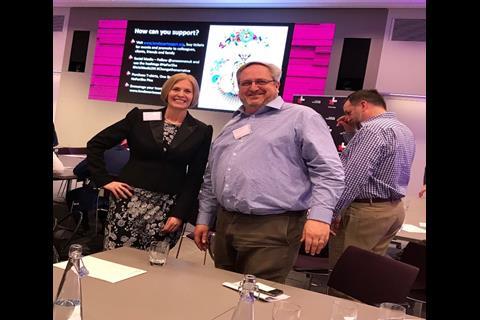 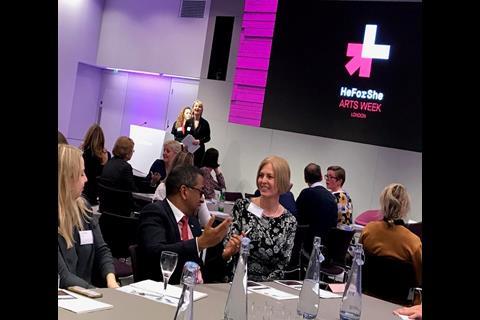 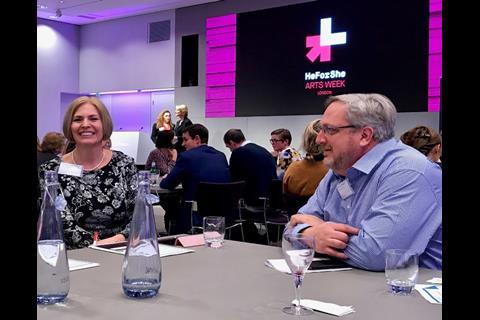 On 21 February 2018, the Law Society’s Vice-President Christina Blacklaws and International Programmes Manager Lizzette Robleto de Howarth, attended the #HeforShe* seminar organised by UN Women and hosted by Linklaters. The purpose of this session was to discuss how to change the narrative between men and women and to find ways of taking action to create a more equal world.

The Weinstein revelations have created a seismic momentum of discourse - lifting the veil of silence over the systematic abuse of power by influential men. This inexcusable behaviour has had not only a detrimental but also stigmatising impact on women; so, this impetus for change must be capitalised on to avoid returning to the status quo that has perpetuated these unacceptable practices.

Gender inequality stems from power imbalances between men and women, which makes the changing of mind-sets a priority. As we are proactively modernising outdated governance structures, it is also imperative to question our own prejudices and to tackle unconscious bias. The combination of efforts, coming from both men and women, can be a catalyst that could contribute to eliminate gender stereotypes, greatly benefitting both genders.

Like any other sector, the legal profession has struggled to come up with assertive and consistent solutions to problems associated with gender inequality. It is true that, through a combination of client’s preferences and staff campaigning, more law firms are now being driven to adopt and implement policies aimed at tackling gender inequality – but change is not happening fast enough. The involvement of some law firms, like Linklaters, showcases the positive role the legal profession can play in tackling inequality and to call out gender-biased attitude and language to change the narrative.

Michael Kent (Global Head of Finance & Projects and Financial Regulation Partner at Linklaters) was one of the speakers at this event. He stated: “We know that there is no silver bullet for addressing gender imbalances that we see in our organisation. We have a number of very effective programmes to support women into leadership positions here - but this isn’t about fixing women – it’s about changing the narrative and ensuring that men and women work together for real change, which is where #HeforShe comes in for us […] So, let’s change this outdated narrative, starting with brave conversations, and ending with practical actions!”

Anne McCormack (Executive Head, Human Resources at De Beers Group) explained that the company became a #HeforShe champion in 2017 and, since then, the campaign has become a real catalyst for change within the company, which is illustrated by their commitment to achieving parity in the appointment of women and men at Board level by 2020. Anne also stated: “Traditionally, diamond advertising was very much a man buying for a woman. Today, we need to understand the changing world in which we operate: It’s a world of economic empowerment of women who have more spending power than before. De Beers has changed its traditional marketing approach to incorporate those societal changes”.

Christina Blacklaws stated: “It is so inspiring and empowering to be in a room full of people with a commitment and determination to bring about positive change in our society. I applaud the great work of UN Women UK and the #HeforShe movement. I am delighted that so many wonderful men in our profession are standing up and making their voices heard for true equality for female lawyers. Of course, we need many more and I encourage all my male colleagues to help with this important programme. After all, as Michael Kent said, ‘gender equality isn’t just applicable to 50% of us!”

* UN Women’s campaign #HeforShe campaign facilitates the participation of those men that are willing to stand up for women and challenge gender stereotypes. The HeForShe solidarity movement was created by UN Women to provide a systematic approach and targeted platform where a global audience can engage and become change agents for the achievement of gender equality in our lifetime. This requires an innovative, inclusive approach that mobilises people of every gender identity and expression as advocates, and acknowledges the ways that we all benefit from this equality. HeForShe invites people everywhere to come together as equal partners to craft a shared vision of a gender equal world and implement specific, locally relevant solutions for the good of all of humanity.

More Women and the Law