Introducing a PPP concept to Uzbekistan

In the last two years, Uzbekistan’s new administration has implemented reforms in almost all spheres of Uzbekistan’s economy, from administrative and judicial reforms to liberalising the foreign exchange regime and abolishing exit restrictions, to establishing new free economic zones and improving the foreign investment regime.

Following the strategic programme approved by the Presidential Edict dated 5 October 2016 No UP-4847, the Ministry of Justice published a draft bill on Private-Public Partnership for wider discussion and comments amongst the expert community. Two roundtables by the government of Uzbekistan attracted wide interest from experts and were attended by representatives of multilateral institutions, the EBRD, ADB, IFC as well as international organisations, state agencies and ministries, state corporations and private entrepreneurs.

At this stage, the government has two main objectives:

(a) to relieve pressure on the national budget for funding public infrastructure operations or the provision of public services by allowing a private party to co-invest/invest or to participate, and

PPP in Uzbekistan – past experiences

PPP as a concept is not new for Uzbekistan, but was widely used in commercial/economic settings with the widespread use of long-term Production Sharing Agreements and Free Economic Zones (sometimes viewed as a form of PPP), as well as short-term Clean Development Mechanism projects under the Kyoto Protocol.

Uzbekistan has also seen contractual PPPs at the municipal level, with the assistance of the UNDP Program, including, most notably, a highly successful but quickly terminated experiment in out-contracting rehabilitation and electricity distribution through a private operator in Tashkent back in 2007-2008, and a 15-year pilot waste management project in the Tashkent region that started in 2012.

The development of PPPs is seen as a ‘fair’ alternative to either public procurement or outright privatisation, which are often seen to be less transparent and too short-term for improving the delivery of public services or the performance of public infrastructure.  In the long run, the government may test PPP mechanisms to promote the outright privatisation of those state-owned facilities that may be too onerous for the government to own, operate and maintain.

While the trend within developed PPP markets is to move away from the social sphere and into large-scale infrastructure, the Uzbek government favours using experience gained in economic projects (PSA, CDM, FEZ) for infrastructure, utilities and social initiatives.  To implement PPPs at a national level, the government needs to create an enabling environment and establish relevant institutions.

We particularly focus on the following elements:

(a) the development and introduction of a state programme and pipeline of potential projects;

(b) the development and improvement of the PPP-compatible legislation;

(c) the establishment or appointment of relevant institutions;

(d) the approval and introduction of supporting mechanisms;

(e) the establishment of training and educational programmes

In our view, the government of Uzbekistan may need to endorse PPP as a mechanism to out-contract the delivery of public services and the performance of public infrastructure, demonstrate political will and support the development of PPP-based projects, overcome any internal resistance on the side of public officers and state authorities, address their fears/concerns on how to implement at their level, and develop the list of desirable and realistic PPP projects.

Endorsement will demonstrate to the central state authorities and, more significantly, to municipal authorities, that PPP mechanisms are a valid and legal instrument that they can use in partnering with private investors, alongside the use of existing legal instruments such as Production Sharing Agreements or Investment Agreements.

Certain municipalities and state agencies may not be prepared to use PPPs in Uzbekistan, and the programme needs to assist in training them and building on their existing experience, developing standard procedures and forms, and reducing the time required and barriers to the implementation of the projects.

Although some projects have been implemented at a municipal level without a legal superstructure, their further development and the attraction of private, let alone foreign, capital into large-scale national infrastructure will require a substantial review of and amendments to the legislation.

The new law on PPP will serve only as a starting point, and will prompt the approval of sub-legislative implementation documents (such as new procurement rules or tender procedures, the appointment and regulation of a PPP Unit, and the approval of the PPP performance or monitoring regulations), as well as amendments to existing investment, taxation, budget, customs, antimonopoly and tariffs laws, and laws relating to the management of state property and public procurement.

The Concession Law that was adopted by Uzbekistan in 1995 has not actually seen a concession contract signed since then, primarily due to a lack of relevant details and sub-legislative acts.  For example, a key problem that one existing PPP project has faced at the municipal level was an inability to transfer state-owned assets to a private partner for free due to legislative restrictions.  Similarly, many social PPPs are only financially feasible if they are based on an “availability fee” model or if they benefit from the concept of “viability gap funding”, neither of which exist under Uzbekistan’s existing budget regulations.

There is no universal rule as to how and where to locate a PPP Unit responsible for the promotion, development, execution and monitoring of PPPs. In our view, Uzbekistan may use the experience it gained in economic projects when special working groups were established under the Ministry of Economy to develop PSA and CDM projects.

Finally, as discussed above, PPPs will require institutional support from the government such as

In our view, the government of Uzbekistan is committed to promoting economic decentralisation reforms in Uzbekistan, and the PPP Law will be a first but important step.  It will further stimulate the review of and amendments to the legislative framework of Uzbekistan to make it more PPP-compatible and attractive for private investors, both foreign and domestic. Liberal reforms in general, and the development of PPP Law in particular, will increase the overall attractiveness of investments in economic, infrastructure and social projects in Uzbekistan and will improve the performance of public facilities and public services. 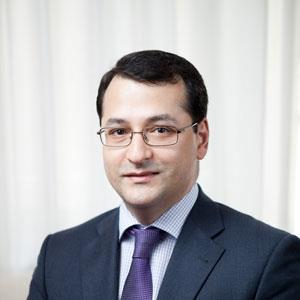 Umid Aripdjanov is a partner in Centil’s Tashkent team with more than 21 years’ experience. He is a partner in the firm’s energy practice group, and has clients in the oil and gas, mining, energy and finance sectors in Kazakhstan, Uzbekistan and Turkmenistan. Umid has been recognised as a “top-ranked” lawyer and “leading” individual by Chambers Global 2006-2018, Legal 500, Who’s Who Legal, PLC: WhichLawyer, and the BestLawyers directories for his experience in energy and investment laws.

Centil advises within the jurisdictions of Kazakhstan, Kyrgyzstan, Tajikistan, Turkmenistan and Uzbekistan and is one of the largest law firms in the region. The firm’s core team has been established in 2003 and since then has been advising on banking and finance, energy, M&A, and infrastructure projects across the region. Centil also offers an integrated suite of services through a dedicated in-house research, analysis and consultancy department.