How to practise in New York 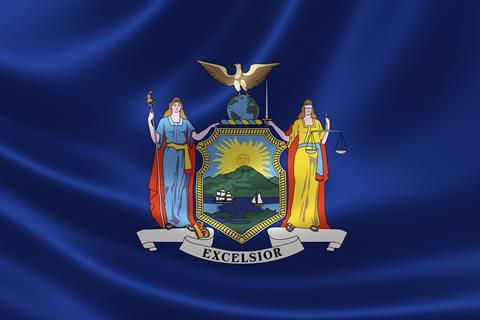 There are over 147,000 resident and active lawyers in the State of New York.

Section 520 of the Rules of Courts of Appeals outlines the eligibility rules for candidates to sit the New York State bar examination.

Admission to practice in the State of New York is governed by the courts system. The four Appellate Divisions of the Supreme Court are responsible for attorney admission, the code of conduct and attorney discipline.

The New York State Bar Association (NYSBA) is the largest voluntary state bar association in the US with over 70,000 members. It acts as a voice for its members with legal education programmes and professional guidance, and it acts in the public interest to make the justice system work better.

An applicant who has studied in a foreign country may qualify to take the New York State bar examination by submitting to the New York State Board of Law Examiners satisfactory proof of the legal education required by sections 520.6 and 520.3 of the Rules of the Court of Appeals for the Admission of Attorneys and Counselors at Law.

Applicants should carefully review the Rules before applying to sit for the New York State bar examination.

Solicitors admitted to practice in England and Wales with a first degree in law are subject to Rule 520.6 (b) (1) which has four main requirements:

Note: section 520.6 of the Rules of the Court of Appeals was amended in April 2011. The amendment substantially modifies the approved law school study program requirements for students whose foreign education is substantively or durationally deficient under the rule. Not all amendments will come into affect immediately, the Board of Law Examiners has produced a useful chart summarising the changes and when they start. Click to download.

All first-time applicants under Rule 520.6 must complete an online Foreign Evaluation Form before applying to sit for the New York bar examination.

Applicants relying on the “cure” provision outlined under Rule 520.6 (b) (1) (ii) to qualify to sit for the bar examination are strongly encouraged to request an evaluation of their foreign educational credentials and anticipated course of American law study at least one year in advance of their application to sit for he bar examination.

Visit the New York State Board of Law Examiners website to check the requirements and start the online foreign evaluation process.

In January 2013, Rule 520.16 came into affect, it requires all candidates for New York bar admission from January 2015 to demonstrate that they have completed 50 hours of ‘qualifying’ pro bono work. This applies to foreign law graduates with either a qualifying foreign law degree or a foreign first degree in law together with a qualifying LL.M degree from an ABA approved law school in the U.S. The pro bono work can be undertaken in a foreign country or during the LL.M study.

The Law Society is actively lobbying for the removal of current restrictions for English solicitors who have qualified via the CPE/GDL seeking to qualify as a New York attorney. Given that New York is the jurisdiction of preference for requalification in the USA, and that 20% of solicitors qualify through the CPE this is an important issue for us.

We meet regularly with representatives from the New York State Bar Association, the State Bar’s International Section and the Courts to put forward our arguments, however there is unlikely to be any change in the near future.