"The Search for Peace with Justice and Human Rights in Colombia" 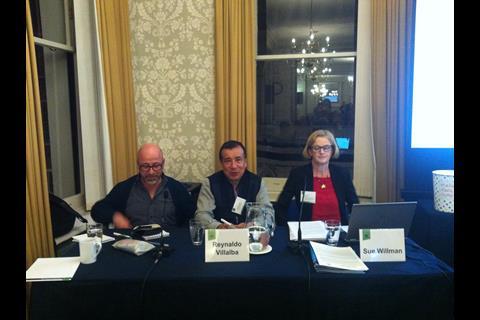 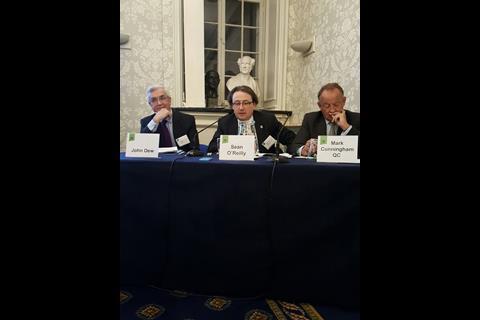 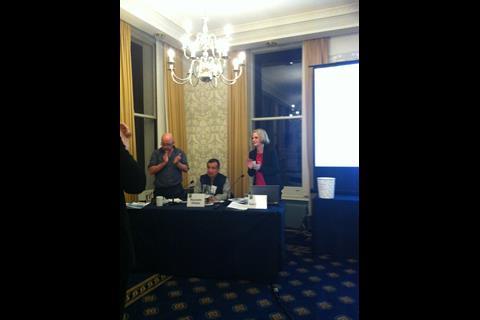 Report of the 5th International Caravana of Jurists in Colombia

On 18 November 2016, the 5th Report of the International Caravana of Jurists in Colombia was launched at the Law Society. Chaired by Sue Willman, chair of the Caravana UK Lawyers’ Group and partner at Deighton Pierce Glynn, the event hosted an impressive line up of speakers , including: John Dew (former UK Ambassador to Colombia), Reynaldo Villalba (Jose Alvear Restrepo Lawyers’ Collective), Mark Cunningham QC and Sean O’ Reilly, an Irish solicitor and member of the Caravana Irish Group.

The report was launched at a time when Colombia is transitioning towards a post-conflict settlement, including transitional justice arrangements as part of the agreed peace process. Mark Cunningham QC affirmed that the absence of remedies for past wrongdoings is a sign of the continuity of impunity; however, the Colombian peace process is an encouraging sign that changes are afoot. John Dew highlighted that land restitution and law reform are crucial steps to the successful end of the conflict and to end attacks against human rights lawyers and defenders. Reinaldo Villalba invited the international community to continue playing an active role in monitoring the Colombian peace process and in raising awareness of the challenges faced by human rights lawyers. He went on to say that it is responsibility of all actors involved, including the FARC and the Colombian Government, to implement the peace agreement.

Some of the key findings and recommendations of the Caravana report include: