How to Practice in Switzerland

Switzerland (officially the Swiss Confederation), is a federal republic in Europe. It consists of 26 cantons, with the city of Bern as the seat of the federal authorities.

As Switzerland is not in the EU, the UK government were able to negotiate a separate Citizen Rights Separation Agreement with Switzerland with different provisions compared to the UK-EU withdrawal agreement.

Based on this agreement, UK lawyers registered and working in Switzerland on a permanent basis under their home professional title before exit day will continue to be able to practise. UK lawyers have been granted a four-year period from exit day to register, or to start their application to register, to work in Switzerland under their UK professional title on a permanent basis.

UK law firms can continue to serve existing Swiss clients for up to 90 days in each calendar year for at least five years following exit day where written contracts which have been concluded and started before exit day. An extension to the five-year limit is possible through the agreement of a UK-Switzerland joint committee. 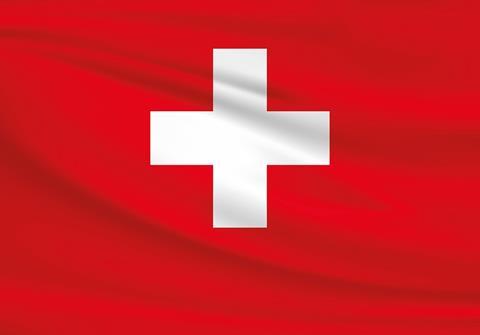 Swiss laws are hierarchically ordered, according to the following rules

The Federal Act on the Freedom of Movement for Lawyers (FAFML) of 23 June 2000 governs the legal profession.

Article 7 of the Federal Act on the Freedom of Movement of Lawyers states that to be inscribed in the register, the lawyer must be in possession of a lawyer’s license that has been granted on the basis of the following conditions:

Individual cantons maintain the right to determine the requirements for obtaining the license to practise law (Article 3 of the FAFML).

In Switzerland, lawyers must complete a Bachelor of Law (BLaw, which lasts 3 years), a Master of Law (MLaw, which lasts three terms), a one year to two years apprenticeship (depending on the Canton), and pass the bar examination.

The Regulation of the Profession

The Swiss Bar Federation (SAV) is the representative body for over 10.285 Swiss Lawyers. Membership with the federal bar or local bar associations is however not mandatory.

The federal organisation of Switzerland is reflected in the organisation of the Bars, with 24 local bars organised at Canton level that possess many of the regulatory powers. These include the right to determine the requirements for obtaining a license to practise law in their territory and the right to authorise lawyers, accredited with its cantonal license, to represent parties before its own judicial authorities as opposed to the Federal courts.

The Federal Bar is in charge of the co-ordination of the activities of the local bars, continuous education, representation at the federal government level and international representation.

Under a special agreement between the Swiss Federation and the European Union, the European provisions concerning the free movement of lawyers apply to Switzerland.

Thus, Switzerland is part of the EU’s single market for legal services that is facilitated by the current framework of EU Directives (the Lawyers’ Services Directive 77/249/EEC; Lawyers’ Establishment Directive 98/5/EC; Professional Qualifications Directive 2005/36 (revised in 2013) and Framework Services Directive 2006), applicable across the EU, EEA and Switzerland, and currently grant UK lawyers and law firms the rights to freely:

Other foreign lawyers cannot be registered but are free to give legal advice. In some cantons they may register with the local bar association’s list of foreign lawyers (for example in Geneva and Zurich).

Before acting in court, third country lawyers must request a specific authorisation from the cantonal supervisory authority (granted on a case-by-case basis), and be assisted by a lawyer registered in that canton.