Sweden is a constitutional monarchy and parliamentary democracy. It has three levels of government: national, regional and local. The national law-making body is the Riksdag (a unicameral parliament) with 349 members. Law proposals are formulated by the Ministries and then passed on to the Parliament. The Ministry of Justice has an overall responsibility for the quality of law proposals. On a regional and local level, the country is divided into 21 counties and 290 municipalities. These are governed by county and municipal councils and by administrative boards. Sweden joined the European Union in 1995 and is a member of the United Nations.

Sweden follows the civil law tradition, common to Europe, founded on classical Roman law, but has been further influenced by the German interpretation of this tradition. The Romano-German legal influence is manifested in the dependence on statutory law. 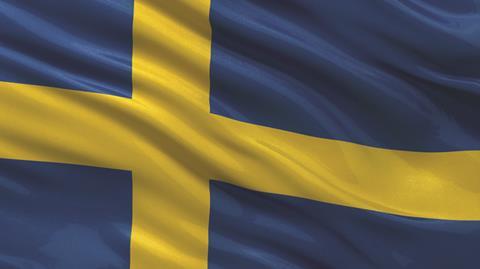 Sweden has both General and Administrative Courts. General Courts deal with both criminal and civil cases. Each of the forty-eight judicial districts has its own District Court (Tingsrätt). There are also six Courts of Appeal (Hovrätt), and the Supreme Court (Högsta domstolen), which is based in Stockholm.

As well as the General and Administrative Courts, there are three Special Courts - the Labour Court (Arbetsdomstolen),the Market Court (Marknadsdomstolen) and the Court of Patent Appeals (Patentbesvär).

There is no monopoly of legal services in Sweden. Any person may practice law, offering his services to the public. Any person may call himself a lawyer, regardless of any law degree or any other formal education. Litigants are not required to employ qualified legal counsel in court. Anyone may appear before any court, on any level of the court system, representing himself or another person.

Anyone may set up a law firm. No specific training or experience is required in order to call oneself legal adviser (jurist) , and to offer legal advice on a professional basis.

The title “advokat” however is protected by law and is exclusively reserved for the members of The Swedish Bar Association (Sveriges advokatsamfund). Members must satisfy certain formal requirements and have the necessary competence, experience and qualifications. Bar members are retained in the vast majority of criminal court cases. With certain exceptions, it is only advokats who can act as court-appointed counsel for the defence. No in-house lawyers are permitted to become members of the Bar. Members of the Bar may not be employed by someone outside the Bar or form a company with someone who is not a member.

Regulation of the legal profession

A person wishing to become an advokat, to be admitted to the Bar Association, must:

- be resident in Sweden, the EU, the EEA or Switzerland;

- hold a bachelor of laws or master of laws degree;

- have completed three years’ legal work since taking their law degree, at least three of which must have been spent either as an assistant lawyer in a law firm or running the prospective member’s own legal practice;

- have passed a lawyers’ examination; and

- be of good character and suitable in all respects for the profession of lawyer (the prospective member must not be a judge, prosecutor or other public servant) and be financially sound (a person who is bankrupt or whose affairs are in the hands of an administrator will not be admitted).

The competence requirements are intended to ensure that those who become lawyers have the necessary knowledge and are suitable for the profession: the title of lawyer is a guarantee of quality. Anyone who improperly himself or herself to be an authorised lawyer commits an offence carrying a fine.

The work of advokats is regulated primarily by law (Chapter 8 of the Code of Judicial Procedure). The legislation regulates the requirements for admission to the Bar Association, registration, how the work is to be carried on, joint ownership in partnerships, supervision etc. In addition to the legislation, good practice is also governed by the charter (stadgar) of the Bar Association and the guidelines it issues. The charter of the Bar Association is laid down by the Government, which means that the Association is a private-law body with a public-law character, and not a public authority as such. The charter has the status of a Government order (förordning).

Sweden is member of the European Union and therefore lawyer activity and the establishment of lawyers is specifically dealt with in Directive 77/249/EEC to facilitate the effective exercise by lawyers of freedom to provide services (the “Lawyers Directive”) and in Directive 98/5/EC to facilitate practice of the profession of lawyer on a permanent basis in a Member State other than that in which the qualification was obtained (the “Establishment Directive”).

In general there are no obstacles to foreign lawyers who want to pursue their activities in Sweden without being established in Sweden. There is an exception, however, if the activity includes representing a party in a Swedish court. This is because in order to represent a party, or to act as counsel appointed by the defendant, there are certain requirements to be met relating to suitability, including good character and knowledge of the Swedish legal system, and residence in Sweden, the EEA or Switzerland. Lawyers who do want to establish themselves in Sweden have to register with the Bar Association.

Solicitors (and EU, EEA and Swiss qualified lawyers and nationals) seeking to requalify in Sweden can do so in two ways:

- Art 10 of the Establishment Directive 98/5/EC after three years of regular and effective practice;

- Through the Diplomas Directive 89/48/EEC, now incorporated into the Recognition of Professional Qualifications Directive 2005/36/EC, by sitting the relevant equivalence examination for the profession of their choice.