Russian Law Week provides a unique opportunity to English solicitors and barristers to obtain a true insight and to get answers from top professionals to all the questions about Russian law that they always wanted to ask. Read about the views and experiences of Artem Doudko, a Partner in the International Arbitration Group at Osborne Clarke and head of the firm’s Russia and CIS Disputes practice, and the tradition of Russian Law Week. 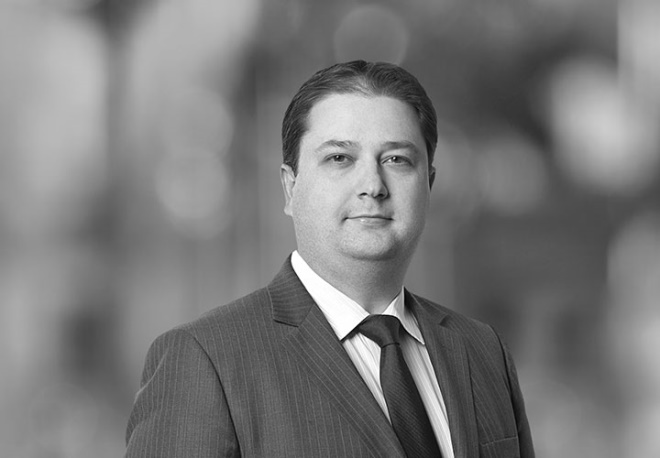 Artem Doudko, Partner in the International Arbitration Group at Osborne Clarke and head of the firm’s Russia and CIS Disputes practice, specialises in international arbitration with a focus on advising Russian-speaking clients. He works for a broad spectrum of international clients, both high-net worth individuals and multinational corporate entities. This article provides a history of Russian Law Week and an insight into the unique opportunity Russian Law Week provides to UK legal practitioners.

Traditions are an important part of Russian culture. It seems that over the recent years a new tradition has become one of the must-attend events in the calendars of lawyers working between Russia and the UK. The tradition that I am referring to is of course the participation in English Law Weeks in Moscow and Russian Law Weeks in London.

Tell us about the history of Russian Law Week?

Stories are told of the very first Russian Law Week which was organized by the Anglo-Russian Law Association in the early 2000s as a one off event when a delegation of high-profile Russian lawyers visited London and Oxford. However, despite the events success, we had to wait until 2010 for the event to be repeated. In 2010, the first new Russian Law Week took place, this time with the additional support of the Law Society of England and Wales, the Bar Council and the British Russian Law Association as well as others. A high profile delegation of lawyers once again attended from Russia, including the Minister of Justice, Mr Konovalov, and his Deputy, together with a team from the Supreme Arbitration Court headed by its Chairman, Mr Ivanov. Events took place around the City of London including a lecture at University College London and a reception at Calvert 22, a Russian-focused gallery in London. The event proved to be a great success and resulted in the creation of an organising committee, which was put together to take charge of organisation of such events in the future. The committee was led by representatives from the Law Society and the Bar Council and supported by representatives of the two bilateral organisations ARLA and BRLA. This committee core remains in place to this day.

How many Russian and English Law Weeks have the organising committee organised to date?

Together we have organised eight events, which have been attended by more than a 1,800 lawyers, in-house counsel and business representatives, and are at present busy working on the next Russian Law Week which will take place in London this November.

In 2012, we hosted Russian Law Week in London with keynote addresses from the Right Honourable Chris Grayling MP, the Lord Chancellor and Secretary of State for Justice, Alexander Yakovenko, the Ambassador of the Russian Federation to the United Kingdom, and Alderman David Wootton, the Lord Mayor of the City of London. In 2014 and 2016, we continued to explore the developments in the Russian legal system, including an overview of the merger of the supreme courts, proposed developments to the Russian arbitration law, enforcement of foreign judgments in Russia, de-offshorization and sanctions. It was also great to see is that in addition to the usual suspects who had participated in the Law Weeks from the outset we were seeing new faces. This was allowing everyone to form new business contacts and develop new business opportunities.

Is there an ongoing role for English and Russian bilateral events?

Despite the uneasy political situation between the two countries, Russian Law Week and English Law Week has continued in its development and growth. English Law Week 2017 was supported by the Federal Chamber of Lawyers of the Russian Federation, the Moscow Chamber of Advocates and the St Petersburg Chamber of Advocates. The participants had a great opportunity to discuss recent developments in English Law and the current business environment for doing legal business in the UK and Russia. Despite the political situation, we had the highest ever attendance compared to previous years. In addition, it felt like the event was slowly becoming a tradition and was anticipated with excitement by members of the legal communities in both Russia and UK.

As an English and Welsh solicitor, why should I attend Russian Law Week?

The political and global financial difficulties remain, yet despite all of these, we aim to take our event from strength to strength and to continue to use the Law Weeks to build and maintain dialogue between the legal communities of the two countries. In fact, this is reflected in the title of this year’s Russian Law Week - Legal Dialogue Без границ.

We are working hard to put together an interesting and engaging programme for this year’s event and look forward to seeing a solid turn out of participants from both countries. If you have not yet attended any of the Law Weeks and your work involves interaction between England and Russia, you are clearly missing a trick and simply must attend. All those attending will learn something new, will have an opportunity to meet some great people from both the Russian and the English legal communities, and be able to claim that they have become part of one of the newest traditions in the Anglo-Russian legal calendar. Please click here for further information on Russian Law Week 2018.

We look forward to seeing everyone in London from 12 to 14 November.

Do Svidanya! - Until we meet.

These views are the views of the author and not those of the Law Society.