The recent decision in the cases of PLK & Ors has opened up a new approach to hourly rates. Andrew Bennetts looks at how financial and property affairs deputies can recover costs, even with a retainer in place 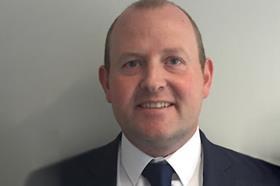 This article will consider the ramifications of Master Whalan’s decision in the cases of PLK & Ors (Court of Protection: Costs) [2020] EWHC B28, but first it is necessary to note how the costs of a financial and property affairs deputy are considered when subject to assessment and not to payment by fixed costs.

Upon the appointment of a financial and property affairs deputy, the first general order will contain provision that the deputy is subject to fixed costs pursuant to Practice Direction 19B: Fixed Costs in the Court of Protection, or to be paid following standard-basis detailed assessment by the Senior Courts Costs Office (SCCO).

The definition of “standard basis” means that the court will:

The court will also consider the factors in Civil Procedure Rules (CPR) 44.4. As relevant to private deputyship matters, these factors concern the:

Hourly rates have long been a contentious issue, considered on several occasions by Master Haworth, the designated costs judge tasked with dealing with Court of Protection costs appeals. The issues for deputies have concerned decisions that the SCCO guideline hourly rates (GHRs) were the starting point for remuneration of work unless there was good reason to depart from the guidelines. Although an uplifted hourly rate was allowed in the matter of Kirby & Others (unreported), deputies found that the allowance of hourly rates above the GHRs was practically non-existent. The issue of hourly rates last came before Master Haworth in 2014, when he affirmed his earlier decision concerning the application of the GHRs.

The key issue for practitioners was that – whilst overheads increased annually – no increase was being made to the GHRs (last increased in 2010). This was most inappropriate, given that the hourly rate is intended to cover overheads and profit, the pre-CPR A and B factors.

Finally, on 30 September 2020 in PLK & Ors, Master Whalan held that it was inequitable that hourly rates had not been increased since 2010, stating: “if the hourly rates claimed fall within approximately 120% of the 2010 GHRs, then they should be regarded as being prima facie reasonable”.

Master Whalan produced a table reflecting his decision, advising that his approach could be adopted immediately – being applicable to all outstanding bills, regardless of whether the period be to 2018, 2019, 2020 or subsequently, but ultimately subject to the ongoing review of hourly rates being conducted by Mr Justice Stewart and his working group.

The key difference from the usual impact of a legal decision was that Master Whalan’s approach could be applied retrospectively. This caused something of a furore in the corridors of the SCCO, with Master Gordon-Saker, the senior costs judge, quickly issuing a practice note to say that Master Whalan’s judgment and increased hourly rates:

The practice note also detailed that bills pending assessment could not be withdrawn to apply the increased hourly rates, without first applying to a costs judge.

The indemnity principle is something of a moot point, particularly for professional deputies working in-house.

In civil proceedings where a solicitor is conducting his or her own personal case during office hours, the solicitor can be classed as a litigant in person. They are not restricted to the litigant-in-person hourly rate of £19 per hour, and can recover the appropriate market hourly rate pursuant to CPR 44.3 and 44.4.

How to recover increased hourly rates with a retainer in place

Historic increases to the GHRs have been prospective and therefore it is unusual to see this position where the hourly-rates increase is retrospective. It creates an interesting situation where a private-client retainer exists but there are several ways to recover increased hourly rates in the wake of PLK. Any retainer should contain provision to allow the hourly rates to be updated and increased.

1. Revise the rates retrospectively where they concur with the 2010 GHRs

The first method is to revise the hourly rates retrospectively, before the deputyship period has expired and before the bill of costs has been presented for assessment. It has long been the case that a retrospective retainer can be utilised – particularly in civil proceedings to rectify a defective conditional fee agreement.

It would be advisable for the retainer to contain provision explaining that the stated hourly rates may be reviewed and increased during the period of general management – for instance, if the case complexity increases or some other event warrants increasing the hourly rates – and that due notice will be provided accordingly. In that regard an entirely new retainer is not required. The notice concerning the increased hourly rates must:

There is no obstacle preventing deputies from detailing hourly rates in the retainer which exceed the GHRs. This is perhaps better than the first method, where applying an increase could easily be forgotten.

3. Give rates within a band

The third option is to detail a band of hourly rates – for example, Grade A, from £201 to £250 per hour, and similar bands for other grades of fee-earner.

In summary, any of these three options could be deployed equally sufficiently, but my preferred option and recommendation would be option two.

The wording of the retainer is of course not influenced or affected by a standard-basis assessment. One must be sufficiently empowered should:

It is therefore important to ensure that the hourly rates within the retainer will withstand the rigours of reasonableness, which will depend on the case circumstances at the outset and will require regular review as the case progresses.