Get big or get niche - are ABSs making small law firms more specialised?

In October 2010, Justice Secretary Ken Clarke warned lawyers to prepare for changes as far-reaching as the financial sector’s “big bang”. Ian Wimbush, chairman of the Legal Software Suppliers Association, explores the current and future situation of the legal market, whether Ken’s theory is correct, or if new entrants are keeping the legal market buoyant.

When Ken Clarke told members of the Birmingham Law Society that alternative business structure (ABSs) would herald a “whole new world” for lawyers, he said that 3,000 high street firms would disappear. 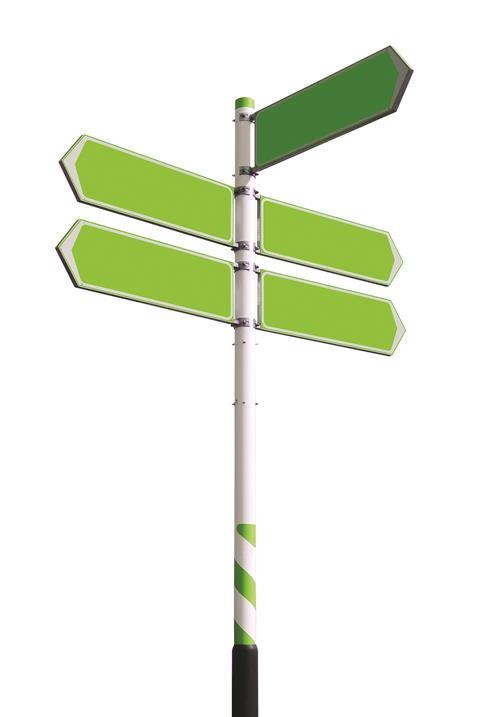 The experience of the member companies of the LSSA paints a very different picture. It appears that although a substantial number of firms have consolidated, merged or ceased trading, there is an increasing number of legal start-ups, many started by partners of larger firms wanting to branch out on their own.

There are more solicitors than ever before. Figures from the Law Society show that in the ten-year period up to April 2011 there were 118,000 practising solicitors in England and Wales, a figure up 36 per cent from 2001.

A spokesperson for the Ministry of Justice said: “The licensing regime for ABSs was introduced in October 2011 and has opened up the legal services market, encouraging collaborative working between lawyers and other professionals. [Being an] ABS allows them to explore a wider range of commercial opportunities, develop their businesses and increase competition by delivering a cost-effective, efficient service which drives up standards.”

” We anticipate the numbers to grow over the coming months and the benefits for providers and consumers of legal services to continue improving.”

Darren Gower, marketing manager of Eclipse Legal Systems, believes the legal market is expanding. He is seeing many new business startups, both standard practices and niche players, like firms dealing in conveyancing or litigation.

Darren says that many people are leaving established practices to seek fresh opportunities. He says: “it’s much easier to set up now than ever before - the barriers to entry are lower and there is less red tape.”

According to John Donigan, head of sales and marketing at Quill Pinpoint, the lucrative legal profession stimulates fierce competition which, with the introduction of ABSs, comes from traditional law firms as well as retail giants and big brands such as Tesco, The Co-operative and BT.

He says: “as a survival strategy, joining forces to increase geographical coverage and expand legal expertise enables practices to compete with their commercially-minded rivals who bring financial backing and business experience to the boardroom.”

Karin Walker set up KGW Law, a new niche family law firm, in 2012. She was previously head of the family law team at TWM Solicitors in Guildford.

Karin says, “I often thought about setting up on my own, but didn’t previously have the confidence, finance or experience.”

Karin wanted the flexibility that a small firm gives, and to avoid the constrains of a large firm such as having to be involved in partners’ meetings, discussing topics that are not directly relevant to her area of expertise. She wanted to put her stamp on her new firm, to shape its culture and to spend more time with her clients. This approach has resulted in a marked improvement in her quality of life and work/life balance.

Karin believes that in future law firms will either have to be big or have a specialist area of expertise.

Legal analyst David Johnston of RBP summarises: “in recessionary times there are many more refugees from large firms setting up on their own or establishing boutiques, and the future for boutique specialists is bright. Certainly, the success of specialist legal IT suppliers for smaller law firms since 2008 confirms most are tooling up; this sector has seen growth throughout the recession.”

An optimistic future for small firms

The market is changing, and Ken Clarke may have been right in that ABS has put some smaller firms out of business. However, the entrepreneurial spirit is booming in the legal market, with many solicitors taking advantage of new technological and ownership freedoms to take the leap of faith to branch out on their own.

When asked for an update on the Minister’s 2010 prediction, the Ministry of Justice spokesperson said “We wouldn’t want to speculate how many legal firms would alter their way of working as a result of ABS.”