Nicholas Konstantinides, dual qualified lawyer in Greece and England and Wales, shares his insights on practising in Greece 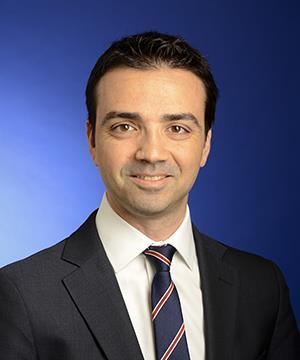 Why did you choose to practise in Greece?

I read law in the UK and the US and started my career as an associate with a Wall Street law firm. I returned to Greece for military service and stayed to practise corporate and investments law, initially with a Big4 in the broader region. I moved into the jurisdiction knowing not much more about the local practice of law than your typical reader contemplating a similar move now.

The variety of work in a small legal market is intellectually rewarding: A lawyer will get to turn their hand to more than one service line and in the office there are no silos. Clients add to the rewarding experience and corporate hierarchies are relatively flat. As a result, the accomplished lawyer will have the opportunity to advise the C-suite or the business owners more frequently, more directly and with more influence in the decision making process.

Tell us a bit about your firm and practice area there.

Although for the past 4 years I have been practising in London, now with KPMG, I practised for more than a decade in Greece, initially as part of the legal team of another Big-4. Members of that team spun-off to an independent firm and we went on to become part of the magic circle of Athens. We had good connections in the market, Western standards in the quality of our deliverable services and repeat referrals from law firms in European capitals and the US.

My practice was unusually wide-ranging. In private transactions, I negotiated investments for private equity funds and strategic acquisitions for corporates in a region spanning from the Czech Republic to the UAE and Israel and from Russia to the Balkans and Turkey. In public transactions, I advised on the capital raising of listed issuers. In regulatory work, I advised some of the country’s systemic banks in their recapitalisation during the financial crisis and participated in legislative drafting as an advisor to the capital markets regulator. In private client work, I advised family offices in the structure of their wealth and their investments, including in shipping. I advised the State in one privatisation and a bidder in another. I took an alternative manager from inception through to authorisation for cross-border management and marketing – the first ever to do so under the Alternative Investment Fund Managers Directive in the local market.

What are the main opportunities for foreign law firms/lawyers in Greece?

Capital markets work for local issuers is served predominantly out of London and will be expanding now that the decline of the Greek financial system has been arrested.

The portfolio of non-performing loans held by Greek lenders is one of the largest in Europe and in the process of being transferred to special situations funds in the next few years. Underperforming real estate is being sold to international private equity funds, who flip them to local operators with longer investment horizons for a turn-around.

Local SMEs need access not only to foreign capital but also to foreign markets. Lawyers with access to an international network of contacts could act as chaperons in foreign – not necessarily geographically neighbouring – markets.

There is growing demand for independent advice. The recent flight to quality as a result of the financial crisis exacerbated the conflicts of interest resulting from the concentration of work of any international consequence to a few select local law firms.

The diaspora punches above its weight when it comes to a client base for private client advisory work, which is frequently served out of London.

A promising VC market is developing with some notable exits having attracted international interest and EU funding having recently been committed to local funds.

Are there any challenges or obstacles?

Language is a barrier, unless you are working in shipping. The legal market is suffering from an imbalance of supply and demand, driving rates down and leaving little room to new entrants. The local business practices and office culture can be quite different to the UK’s. The jurisdiction is historically bringing up the rear in international rankings on the ease of doing business.

There is a small grouping of local law firms operating to international standards with the capacity to deploy services at scale and with adequate insurance cover. Big-4 consulting networks, such as KPMG’s, all have sizeable and highly-regarded legal teams operating as separate legal entities on a “best-friends” referral basis. Their Greek offices traditionally serve as the hub for their operations in South-Eastern Europe. These firms boast top-rated corporate, M&A, commercial and employment legal services, alongside their tax and deals advisory offerings. Shipping is the long-established fertile ground for international legal work out of Greece with a handful of English law firms serving the operators of one of the world’s largest commercial fleets. Foreign outfits are also active in the Greek market in project finance and energy. Under the law firm stratum, there may lie opportunities for individual lawyers to advise without speaking the local language where interaction is international only, such as in wealth/private client advisory, or perhaps investments in tourism.

What recent legal developments you have seen in Greece?

The jurisdiction is gradually developing a legal and regulatory framework for both solvent and insolvent restructurings for the revival of the banking sector and debtor rehabilitation.

A notable (though not recent) feature for international group structuring is a legal vehicle that functions as a coordination centre providing services (such as marketing, R&D, back-office) to foreign entities within a group and that enables the group to benefit from tax incentives that have received EU state-aid clearance. The vehicle’s business taxation is calculated by reference to its business expenses rather than to its income (OECD “cost plus” basis) and it distributes dividends with no withholding tax. A multinational can thus tap into the country’s internationally competitive human capital with tax efficiency.

Are there any changes that may affect the legal profession and practice rights in Greece?

Although they are not recent developments, the following are noteworthy: There is only one domestic form of legal practitioner, dikigoros, who must be a Greek/EEA citizen. There is no regulatory distinction between lawyers as sole practitioners, associates/partners in law firms, or in-house lawyers. Conduct rules are made up of the Lawyers’ Code of Conduct and Bar regulations of local effect (with no fewer than 63 local Bars). PI insurance cover is only voluntary and not widespread. There are no CPD requirements. Law firms cannot offer limited liability to partners, cannot offer other professional services and are not permitted to access outside equity capital. Law firms cannot be made up of lawyers admitted in different domestic Bars (except the Athens and Piraeus Bars and other member states). Registered European Lawyers (RELs), being EU/EEA/Swiss lawyers & citizens who practise Greek law under their home qualification without taking Greek law exams, have equal rights to a dikigoros, but must carry out advocacy with the assistance of a dikigoros and cannot perform public authority duties.

How do you think your firm or practice might be impacted by Brexit?

In the event of no deal Brexit, or possibly at the end of a transitional period under the agreement made by the EU with the Johnson government UK lawyers practising in Greece will become third country lawyers and their practice rights will be determined by the Greek regulatory framework for third country lawyers. English lawyers would not be able to:

a) provide legal services in English law, to clients in Greece – because non-EEA lawyers may not establish, or temporarily practice (fly-in-fly-out), in Greece under home country title; or

b) practise English or Greek law as an REL, or by requalifying as dikigoros on the basis of practising for three years as an REL – because the 1998 Lawyers’ Establishment Directive would not be available to them; or

c) requalify as Greek lawyers by sitting equivalence exams in Greek law – either (i) because under the WTO regime, Greek citizenship is required for admission to a Greek Bar, which is a pre-condition to practise Greek law (assuming they are UK citizens and lawyers in E&W), or (ii) because the 2005 Professional Qualifications Directive would not be available to them (assuming they are EU/EEA/Swiss citizens but lawyers in E&W).

The resulting landscape, eliminating as it does the ability for English lawyers to practise in the jurisdiction, will favour local firms and this realignment may create opportunities for new networks to be formed.

What is your top tip for a lawyer moving to Greece?

It feels more natural in this market to attempt to build a professional relationship on an interpersonal, rather than on a transactional, basis.

Although the following is a very broad generalisation, professionals are more equipped with deep technical knowledge in their fields than their skills in such matters as business development, presentation, or project management permit them to demonstrate.

Be armed with copious amounts of stoicism for any interaction with the public sector.

Partner, or come to some form of arrangement, with a local practice – Brexit permitting.

Finally, what is the one must-see or must-do thing you would recommend to a lawyer visiting Greece as a tourist?

Take a walking tour around Athens visiting the sites of one of the world’s earliest known democratic legislatures (Pnyx), courts (Heliaia and Areopagus), law schools (Aristotle’s peripatetic at Lyceum) and prison cells (Socrates’), each about two and a half millennia old.