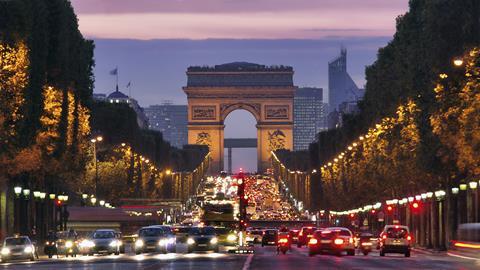 Louis B. Buchman, Partner at Field Fisher Waterhouse LLP Paris office, shares his views about his Legal life in Paris.

Why did you choose a career in law?

I choose a career in law because I realised the job I initially wanted (diplomat) would not be as exciting, given the way the foreign service was functioning in France in the seventies.

Also, I then read a just published book by Samuel Pisar, “Coexistence and Commerce”, in which he predicted that the iron curtain would eventually fall because of the growing trade between the West and the USSR, and I was inspired to become an international trade lawyer (although I did not quite succeed).

Tell us about your firm

My firm, Field Fisher Waterhouse LLP, is among the 50 largest in the UK, with continental offices in Germany (Hamburg and Munich), Belgium (Brussels) and France (Paris). We are 149 partners, out of whom 14 are based in the Paris office, which is growing at a reasonable pace, offering full service.

What are currently the main challenges for law firms in Paris?

Currently, the main challenge for law firms in Paris is to maintain their revenue streams when competition is fierce, clients are volatile, and the economy has been essentially flat for some time. Another challenge which is not specific to Paris is of course to identify the sectors which will grow and add experts in time to meet the demand of legal skills when it will come. The main opportunities in Paris are that France still attracts investors, and that its capital has a well-developed transportation, communications and education infrastructure and still is a major international arbitration centre.

What are currently the main opportunities for law firms in Paris?

Opportunities for co-operation between French and UK law firms, both inbound and outbound, are plentiful, as trade and investment between the two countries never abates. French law firms tend to be focussed more on dispute resolution than UK law firms, probably because basic conveyancing remains in France the exclusive province of the notaries public. However, complex real estate transactions and real estate financing deals are usually handled by law firms (with a notary public in tow).

What opportunities for co-operation are there between French and UK law firms?

To UK companies doing business in Paris, I would offer the obvious advice that although we are neighbours, business is not necessarily being transacted in the same manner on both sides of the Channel and there are important cultural differences, the recognition of which will make the difference between a successful deal and a deal gone sour. Getting specialist legal advice from a law firm genuinely having a dual culture is a marked advantage.

What advice would you give to UK law firms or companies doing business in Paris?

UK law firms doing business in Paris, who have been around for a while, know the market well and do not need any advice. However, to those who wish to enter the already crowded field, I would recommend hiring the best French legal talent (which is plentiful), not trying to run the Paris office from London or elsewhere in the UK, and giving the local managing partner sufficient breathing space to do things the French way, which will in the long term ensure the ability of the Paris office to attract more talent.

And what are your recommendations for visitors to Paris?

Finally, although public transportation is excellent, visitors to Paris should really spend as much time as they can walking on the many beautiful boulevards and avenues of the city and discovering by themselves its hidden treasures, be it a charming little square, a quaint museum or a wonderful traditional bistro.

The views are the views of the author and not those of the Law Society.