Turkey’s Coup and the European Court of Human Rights 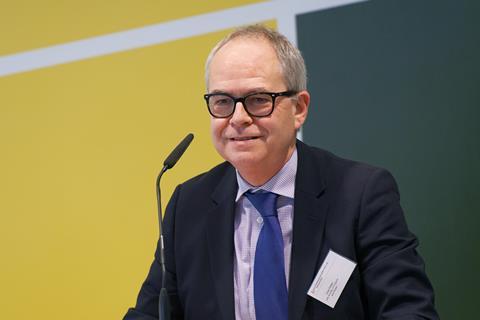 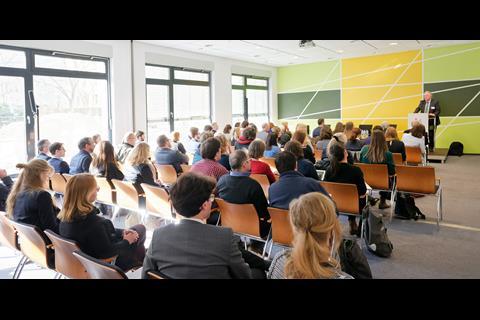 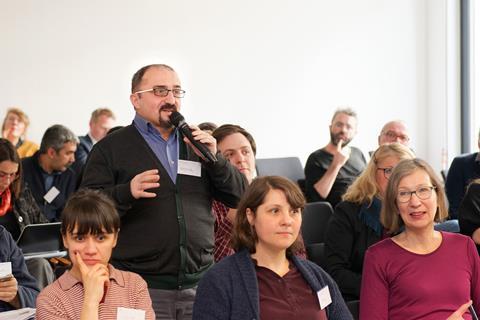 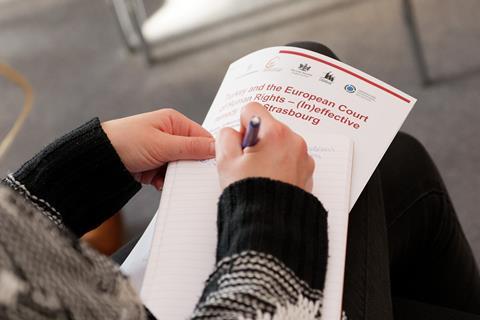 On 5 March 2018, the Law Society’s Chair of the Human Rights Committee, Tony Fisher, participated in a conference organised jointly with the German Bar Association, Lawyers for Lawyers, the Observatoire International Des Avocats and ELDH in Berlin.

The event was also supported by three groups of French lawyers: Defense Sans Frontiere: Le Avocats Solidaires, Le Conference des Batonniers, and Le Syndicat des Avocats de France. Over 100 delegates participated at this event, which included: lawyers from across Europe; Turkish academics in exile after the attempted coup; members of international human rights NGOs; and lawyers from Turkey. Among the speakers were: the former Turkish judge at the European Court of Human Rights, Riza Turmen; former Deputy Registrar at the court, Michael O’Boyle; and Professors Francoise Hampson and Basak Cali.

In a region where fundamental rights and freedoms are being challenged, the role of the ECHR and the Council of Europe is more significant than ever. The event focused on the approach taken by the European Court of Human Rights (ECHR) in relation to cases emerging from Turkey since the attempted coup in July 2016. In addition, the event explored potential solutions to questions concerning whether the ECHR can provide effective remedies to Turkish citizens and, if not, what approach should the Court adopt in these cases.

Following the July 2016 attempted coup, the Constitutional Court, which is Turkey’s highest court, has been ineffective in addressing the gross violations that have taken place against individual rights and freedoms. This has resulted from the Court’s decision that it had no jurisdiction to challenge actions taken under emergency decrees. The Court now sits on tens of thousands of cases waiting to be heard. Of over 60,000 cases awaiting decisions, more than 40,000 were submitted after the Turkish government declared emergency rule. Turkey’s answer was to set up a seven-person commission, which was for the most part appointed by the Turkish government, to review cases of employees dismissed by the government decrees. It now has a backlog of tens of thousands of cases. Not surprisingly, people who have been persecuted are turning elsewhere in search of a remedy - Turkish citizens filed more than 90,200 petitions to the ECHR in 2017. However, over 30,000 of them were summarily dismissed by the court as being “manifestly ill-founded”, because domestic avenues had not been exhausted. Although some cases involving politicians and journalists have now been referred to the Turkish government, many commentators are bemoaning the failure of the ECHR to address this problem.

Tony Fisher, the Law Society’s Chair of the Human Rights Committee, chaired the event and emphasised the need to widen the debate concerning both the attitude ECHR was taking and the existence and effectiveness of domestic remedies within Turkey itself. The focus of the conference was on evaluating the attitude of the ECHR to date and developing a plan of action to engage with the court more effectively going forward.

Each of the speakers had divergent positions on the attitude the ECHR has taken to date in relation to these cases. There is clearly great frustration amongst applicants and their lawyers. Nevertheless, much of the debate at the conference concentrated on the extent to which the court was proceeding correctly in “testing” the availability and effectiveness of domestic remedies, before finding any violations under the Convention. There was however a consensus that a sufficient period had now passed for the Turkish authorities to provide evidence that the remedies were effective, but that no such evidence had been presented.

The call to action from the conference was that European lawyers and lawyers in Turkey should co-operate and collaborate to ensure that the best cases are properly pleaded and supported to make the task the court faces more manageable going forward. A proposal to assemble a database of cases and a list of issues, which needed to be addressed from an ECHR perspective, was overwhelmingly supported. On the domestic front delegates agreed that, more trial observers are needed to cover the thousands of trials of lawyers, politicians, academics and journalists that are taking place and it was further agreed that delegates would co-operate and try to find resources to provide training to volunteers who are prepared to become trial observers.

Tony Fisher concluded: “It is time for the legal professionals in other Council of Europe states to collaborate effectively to ensure that those in Turkey whose rights have been violated should have the best possible representation before the Court and we have agreed to work towards that aim.”

The Law Society will continue to engage in taking these calls to action forward and will continue to intervene in individual cases where the rights of lawyers in Turkey have been violated. A full report of these deliberations will be published shortly to inform further debate.

In July 2016, following the attempted coup in Turkey, there were 241 deaths and 2,196 people were wounded. The Turkish government rapidly succeeded in overcoming the attempted coup. Five days later a state of emergency was declared across Turkey and it has been in force ever since. Within days, thousands of military personnel, police officers, journalists, civil servants and politicians were arrested and imprisoned. Thousands of judges, prosecutors, and lawyers were dismissed, persecuted, and jailed.

As a result of the emergency decrees, scores of schools, universities, law firms, many NGO’s and much of civil society have been shut down. Over 150,000 public sector employees have been purged and the head of Amnesty International in Turkey still lies in prison, re-arrested after having been released on one set of charges. According to statistics collated by the Council of Bars and Law Societies in Europe, by November 2017, 555 lawyers had been jailed and many more have been arrested since