On 6 November 2018, the Law Society hosted the London launch of the International Legal Assistance Consortium’s judicial assessment report on Guatemala. Over 30 people including solicitors, barristers, academics, law students, and INGOs attended this event. 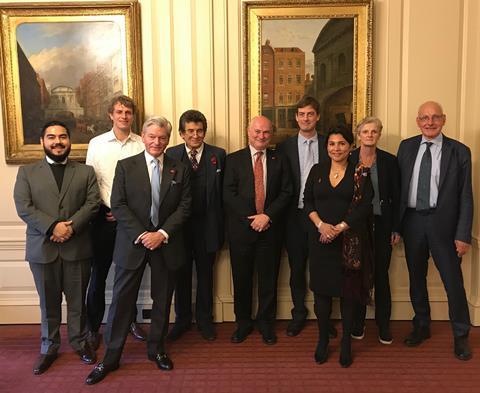 During the launch, participants had the opportunity to listen to the presentations of several speakers as follows: 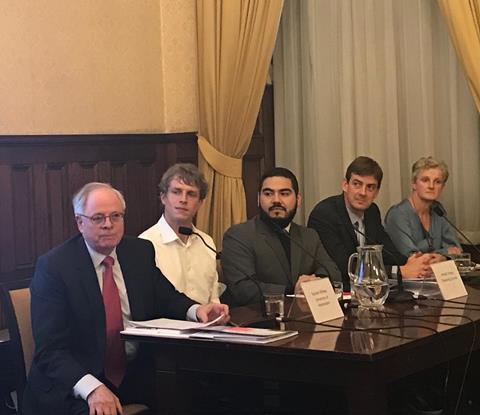 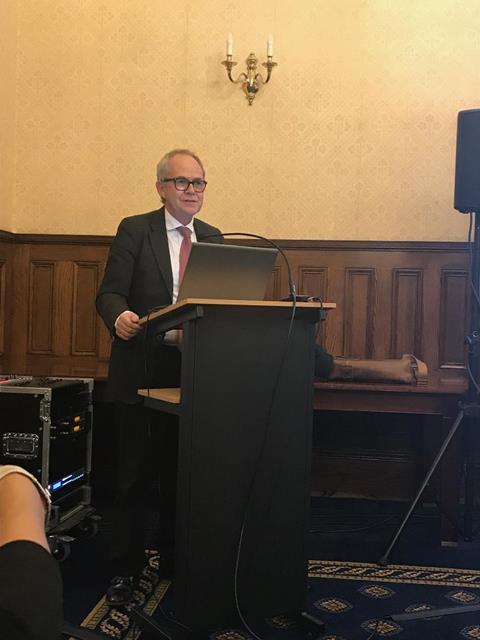 Alfredo Ortega presented a bleak picture of the political crisis, focusing particularly on the last 3 years, which has seen an increase in the corruption cases investigated by the Commission against Impunity in Guatemala (CICIG). He highlighted the efforts of the political elite to remove the CICIG and the retaliation attacks against lawyers and human rights defenders, which is aimed purely at continuing the system of impunity. Mr. Ortega concluded by saying that the clashes between the self-serving political elite and the CICIG has resulted in a constitutional crisis that is threatening the rule of law in Guatemala. 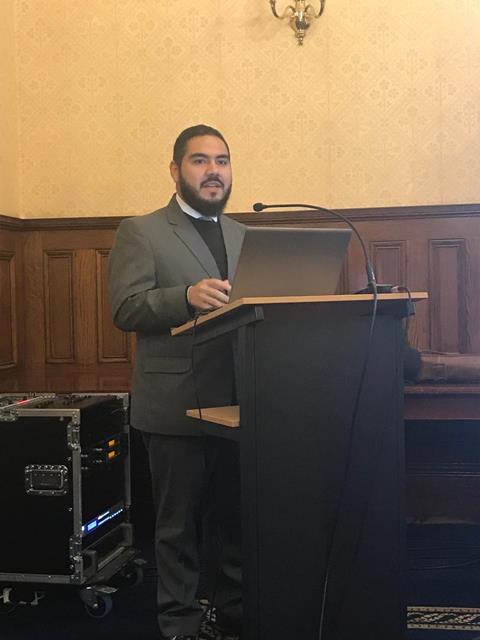 Rhodri Williams expressed his concerns on behalf of ILAC, emphasising the further deterioration of the rule of law in Guatemala since it issued its report. Even if greater challenges currently exist in bringing the recommendations of ILAC’s experts to fruition, they are more relevant than ever if Guatemala’s justice sector is to preserve its safety, integrity, and independence. 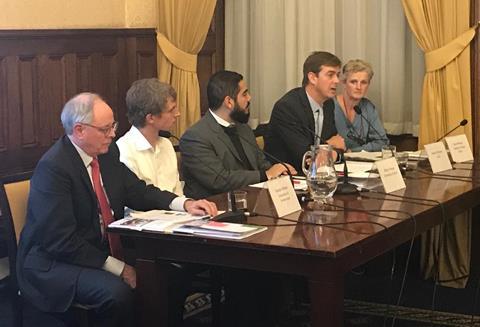 Sue Willman spoke about the work of the Guatemalan High-Risk Tribunal judges, who try criminal cases of mass murder, drug trafficking, and corruption. She described her pride in meeting women judges like Yassmin Barrios and Patricia Bustamente, who found ex-dictator Rios Montt guilty of genocide for the mass murder of 1,771 indigenous Mayans and sentenced him to 50 years imprisonment - a judgment which made legal history for being the first of its kind for a domestic court. She emphasised the bravery of lawyers, prosecutors, and judges like these, who end up paying a high price for tackling impunity by then having to endure state surveillance, bogus disciplinary cases, and even violent attacks. Sue further described similar experiences of criminalisation and attacks, not only against the indigenous peoples and farming communities, but against the lawyers representing them in their cases against damaging hydro-electric and mining projects, such as the el Tambor mine. 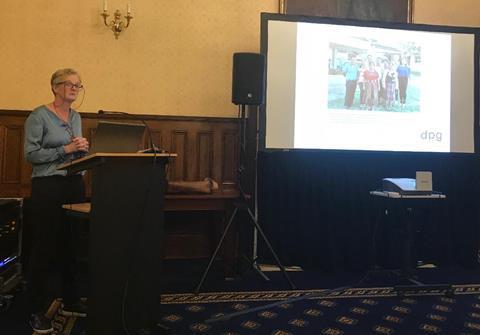 Why is the Law Society concerned about Guatemala?

The Law Society has been seriously concerned about the situation of the rule of law in Guatemala, which has been widely reported by many international organisations such as the Inter-American Commission of Human Rights, the Office of the High Commission of Human Rights, Peace Brigades International, Human Rights Watch, and Amnesty International. These reports have been further supported by testimonies received by the Law Society resulting in several intervention letters sent on behalf of lawyers, judges, and human rights defenders, who have been threatened, intimidated, and harassed in the exercise of their duties.

Moreover, in March 2018, at the request of the British Embassy in Guatemala, Professor Sir Ross Cranston and the Law Society’s International Programmes Manager Lizzette Robleto de Howarth visited Guatemala and met with a wide variety of stakeholders, including: the Human Rights Ombudsman, the International Commission against Impunity in Guatemala (CICIG), the Office of the High Commission of Human Rights (OHCHR), the International Commission of Jurists (ICJ), and other civil society organisations. Without exception, they all highlighted the seriousness of the breakdown of the rule of law and human rights within the country. 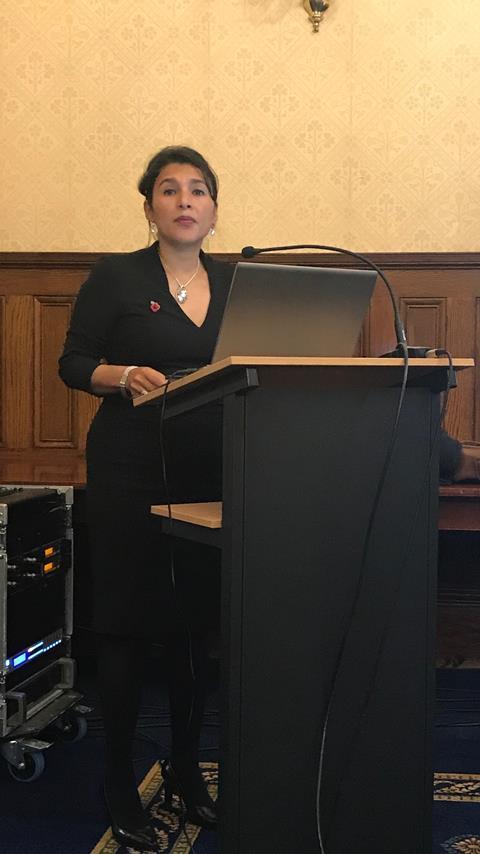 About the ILAC Judicial Assessment report

The report details the findings of a selected group of experts, representing six of ILAC’s member organisations, who in October 2017 undertook a mission to Guatemala to assess the status of the country’s judiciary. These experts reviewed the role of judges and the prosecution services in upholding the rule of law and examined their responses in relation to the following thematic issues: the legacy of the conflict and impunity; the disputes arising from development projects on land claimed by indigenous peoples and local communities; the criminalisation of social protests; the increasing violence against human rights defenders; and the discrimination against indigenous peoples. The Law Society actively contributed to this report.

The report underscores the vital importance of the commitment needed from the Guatemalan government to increase transparency, accountability, and the rule of law. Some specific recommendations included:

1.    Work with the Judiciary and Congress to assist with the replacement of the current selection process for higher judicial positions with one based on the application of objective and clear criteria. The criteria must be focused on the aptitude, probity, academic background, and professional experience of candidates in compliance with international human rights standards.

2.    Respect the mandate of the CICIG and take all necessary steps to support its work, including cooperating actively with this institution in combatting corruption, while abstaining from any action that could obstruct CICIG’s work in the country.

3.    Take all necessary steps to support the independence of justice operators, particularly judges working in the High-Risk Courts, so as to ensure they can perform their vital functions whilst guaranteeing their safety – this must include making adequate resources available to the justice sector.

4.    Take all necessary steps to guarantee the full integration of the 1996 Peace Accords into national constitutional and statutory law and in doing so, give urgency to the provisions on indigenous people’s rights and agrarian reform.

5.    Consider adopting the United Nation’s Guiding Principles on Business and Human Rights and developing a national action plan for its implementation.

ILAC is an umbrella organisation with over 50 members representing 3 million judges, prosecutors, lawyers, and academics worldwide - its membership is open to institutions actively promoting the rule of law. It works with governments, civil society, and other stakeholders to provide assessments and expert guidance on how to rebuild justice systems after conflict. The Law Society has been a member of ILAC since 2009 and, in 2017, the Law Society became a member of its Advisory Council. The Law Society has participated in two judicial assessments on Syria and Guatemala. 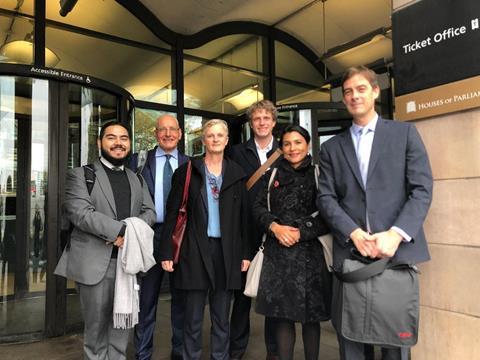 You can find the report here: http://www.ilacnet.org/wp-content/uploads/2018/05/Guatemala-Rule-of-Law-Assessment.pdf

You can find the Law Society’s intervention letters here: http://communities.lawsociety.org.uk/14285.more