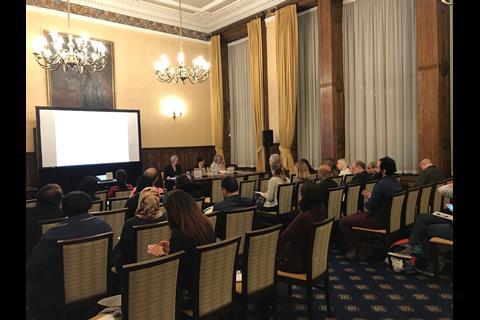 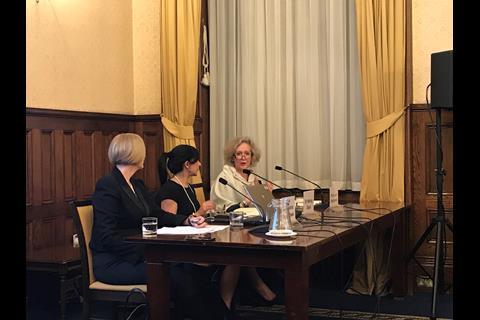 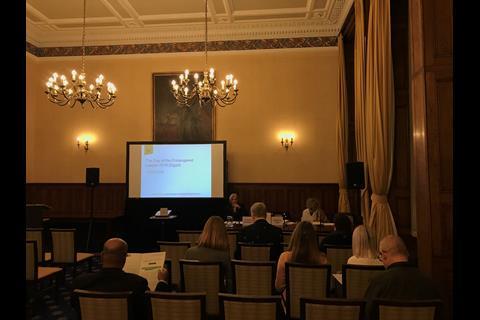 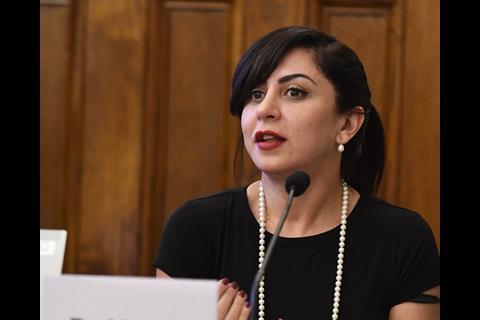 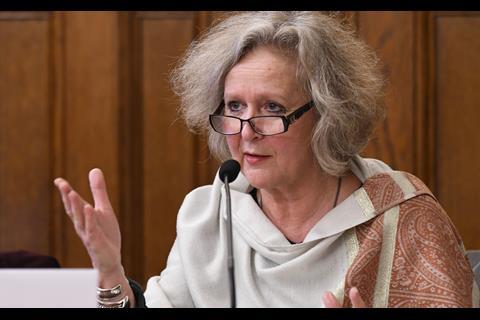 In January 2018, to mark the Day of the Endangered Lawyer*, the Law Society organised a series of meetings that culminated with a seminar at the Law Society, which focused on the challenges to the rule of law and the legal profession in Egypt.

Chaired by Vice-President Christina Blacklaws, our key note speaker was Dr Nancy Okail, an Egyptian human rights defender and Director of the Tahrir Institute for Middle East Policy based in Washington DC. In 2013, Dr Okail was tried in absentia and convicted to five years imprisonment in a case where 43 NGO staff were also charged of using foreign funds to provoke unrest in Egypt. Also invited to speak at the seminar was Professor Lynn Welchman, Professor of Law at SOAS, who specialises on the Middle East and North Africa. The seminar was well attended with over 30 participants from law firms, academia, NGOs, and members of the public.

Professor Lynn Welchman underscored the importance of raising awareness about the deterioration of the rule of law in Egypt and highlighted the findings of the 2016 International Commission of Justice’ report entitled: “Egypt’s judiciary: A Tool of Repression”. She stated that roughly 282 decree laws have been enacted in Egypt between 2013 and 2017, including the new Anti-Terrorism Law No. 94 (2015) that has been heavily criticised by the international community. Other decrees have included:

Dr Okail provided an update on the situation of lawyers and human rights defenders (HRDs) - she reported that, under the regime of President Al-Sisi, civil society space to undertake human rights advocacy and peaceful assembly has been progressively shrinking, despite the governmental rhetoric that Egypt is on the mend politically and economically. Clashes in the northern Sinai Peninsula, which has resulted in the deaths of scores of Egyptian security forces, have highlighted the strength of extremist insurgency in that region, contradicting the Egyptian government’s claim that they are winning this conflict.

Dr Okail provided some shocking statistics relating to the number of cases of enforced disappearances, torture, extra-judicial killings, attacks against press freedom, and pre-trial detention. She stated that Giulio Regeni’s** case was well-known internationally because he was a foreigner but, according to recent statistics by a local NGO, cases of enforced disappearance are commonplace in Egypt with a frequency of 3-4 people per day.

In Dr Okail’s opinion, the Egyptian government is exploiting the “war on terror” to justify the harsh treatment of those opposing the government, conveniently labelling them as terrorists. Dr Okail said that authorities have used the state of emergency to censor media outlets, bring false charges against journalists who contradict official statements, refer civilians to military trial, and hold journalists incommunicado and in pre-trial detention indefinitely. According to data collected by The Tahrir Institute for Middle East Policy’s Egypt Security Watch, Wilayat Sinai has claimed responsibility for more than 700 attacks in North Sinai since its pledge of allegiance to the Islamic State in November 2014. The total number of attacks in 2017 comes to over 338, with at least 322 and 401 security forces and civilians killed. In her view, the number of terrorist attacks and civilians killed have no decreased, which indicate that the government’s anti-terrorism policies are not working.

Dr Okail explained that the Egyptian Government is operating a systematic strategy to institutionalise repression. This starts with misinformation in the media followed by the adoption of repressive measures, which has then ended with the formalisation of these measures into law. She identified some key examples:

The lack of accountability and impunity prevailing in the country is exacerbated by the silence of the international community who fears that, in the wave of a political crisis in Egypt, many civilians would flee the country creating a refugee crisis. In addition, several member states have sizeable arms contracts with Egypt - in 2016, the country was ranked as the second highest importer of arms among developing countries.

Dr Okail concluded saying that international stakeholders could help to increase the visibility of the situation in Egypt by releasing international statements, which highlight the serious challenges to the rule of law. She also suggested that supporting the work of civil society organisations, which are recording and systematising human rights abuses, is essential to ensure that this work takes place.

* On 24 January 1977, four lawyers and a co-worker were murdered at their place of work in Madrid (Spain) - this is remembered as the “Massacre of Atocha”. It was from this atrocity that the Day of the Endangered Lawyers was born and then instituted in 2010. Its sole purpose is to raise international awareness of the obstacles and challenges faced by lawyers all around the wold in the exercise of their professional duties.

** Giulio Regeni was an Italian PhD student studying at Cambridge, who tortured and then murdered in January 2016.