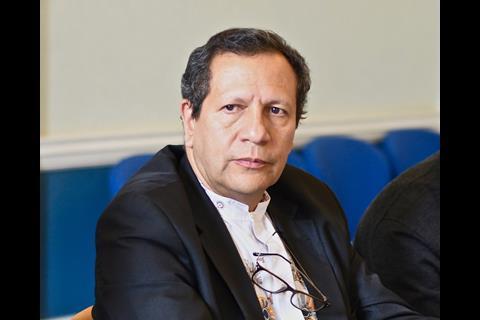 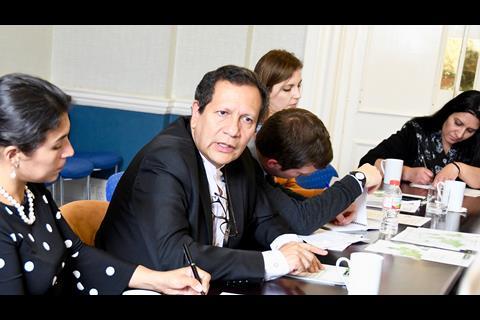 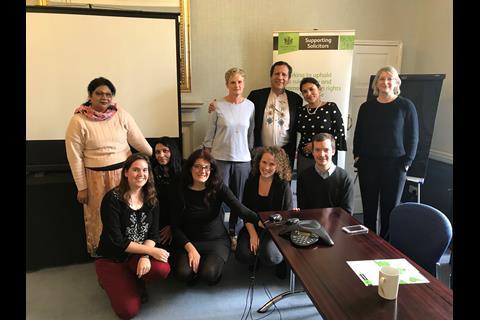 Mr. Perez works for the Jose Alvear Restrepo Lawyer’s Collective (CCAJAR), an internationally accredited human rights organisation that has been involved in numerous high-profile cases, both domestically and before the Inter-American Commission for Human Rights and the United Nations. Luis Guillermo Perez joined the CCAJAR in 1987 and became the Secretary-General for the Americas on behalf of the International Federation for Human Rights (FIDH) in 2004. He was also the Executive Secretary of the Copenhagen Initiative for Central America and Mexico (CIFCA) for eight years, specialising on advocacy, aid and development.

Since 1985, more than 9 million people in Colombia have been victims of war, crimes against humanity, and human rights abuses. Different sources report Colombia as being one of the worst countries in the world to be a human rights defender. One of the CCAJAR’s founders, Eduardo Umañá Mendoza, was assassinated in 1998 and two of the nine lawyers on its current governing body are in permanent exile – other CCAJAR lawyers have had to repeatedly flee the country for fear of their lives.

In 2017, Front Line Defenders documented the killing of 312 human rights defenders globally, with a total of 212 killed in the Americas alone and of these 94, or one in three, were Colombian. Whilst homicides in general have decreased in Colombia since the signing of the Peace Accord between the Government and the Revolutionary Armed Forces of Colombia (FARC), the number of killings of human rights defenders has dramatically increased, with most of them dying at the hands of neo-paramilitary or ‘unidentified’ armed actors. These numbers are a sad reminder of the extreme risks faced by human rights lawyers and human rights defenders when undertaking their advocacy and legal work.

Mr. Perez and his family were not exempt from those risks and the immediacy of that very real danger eventually forced him and his family into exile. However, after more than 10 years away from his homeland and despite the risks, he returned to Colombia because “I [he] wanted to contribute to the peace process, to put an end to impunity, to strengthen the rule of law, and to help build a democracy”.

Mr. Perez reported that the CCAJAR, in conjunction with the German organisation European Centre for Constitutional and Human Rights (ECCHR), have written a joint statement to the Office of the Prosecutor of the International Criminal Court (ICC) about the increasing attacks against human rights defenders and have asked the ICC to intervene. In their communication, the CCAJAR and the ECCHR documented that since 1 November 2002, which is the date whereby the ICC becomes competent to receive and to hear cases of crimes against humanity in Colombia, 609 human rights defenders have been killed.

Mr Perez also argued that the systematic nature of the killings, the scale, and the failure of the Colombian government to investigate them, has reached the threshold of crimes against humanity. He said: “the ICC can’t just keep waiting. They can’t keep waiting until 10,000 human rights defenders are dead in Colombia before they intervene. They need to intervene with a preventative approach to stop more killings from happening. The ICC needs to open investigations into who are the intellectual forces behind these crimes”. In this regard, the Office of the Prosecutor of the ICC has yet to establish whether crimes against human rights defenders are within the competencies of the court. Mr. Perez maintained that, by not opening an investigation, the ICC are prolonging the continuous cycle of violent attacks against human rights defenders, not just in Colombia, but also around the world.

With the May presidential elections looming on the horizon, the international community is closely monitoring how Colombia will transition into peace and how the country will deal with the impact of nearly five decades of conflict. Mr. Perez emphasised the need to remain vigilant and to constructively engage with the process to ensure that these elections are transparent and fair. In addition, Mr. Perez called on the international community to continue its support for the implementation of the Peace Agreement, to ensure that peace is guaranteed in the country.

One of the outputs of the Peace Agreement of 15 March 2016 was the establishment of the “Special Jurisdiction for Peace” tribunals, which has the objective to investigate crimes committed by the army, the police and the guerrillas. However, Mr. Perez underscored the lack of mandate that these tribunals must investigate and bring to justice political figures involved in human rights violations - instead they could potentially end up getting away with their crimes when tried through the Colombian justice system. He also went on to say that there is a mass of historical crimes that will not fit into the remit of the “Special Jurisdiction for Peace” because, as part of the negotiations, these were excluded from the mandate.

Mr Perez noted that the high number of human rights violations against human rights defenders pose a direct threat to the full implementation of the Peace Agreement and these attacks are also in stark contrast with the increasing economic investment in Colombia. He remarked that, for the Peace Agreement to be successful, all relevant stakeholders including the international community, the private sector, and Colombian citizens must make sure that these investments do not disregard human rights.

Mr Perez was also keen to highlight that, after decades of conflict, a new social consciousness is emerging in Colombia that is no longer indifferent to violence, crimes, and impunity. He also observed the vital role that social media was playing in building social awareness, especially among young people who feel more empowered to exercise their democratic values and safeguard their rights.

Mr. Perez concluded: “There are not impossible things, just incapable people. This is something that I repeat when I am a bit down. Problems are here to be overcome. In Colombia, we are not only working to overcome the war but also towards eliminating impunity. And, we are accompanied by thousands of victims who have become empowered by the peace process - women who are now defending their rights, those who lost parents in the war and who are now fighting for their rights. Colombia is no longer a society indifferent to impunity and to the actions of criminals. It’s not easy to move forward but I’d like to think that if one remains positive and optimistic you will be able to reap a new reality and, hopefully, this is what we will achieve in Colombia”.

The Law Society is grateful to Peace Brigades International UK, which facilitated the visit of Luis Guillermo Perez Casas to the UK.