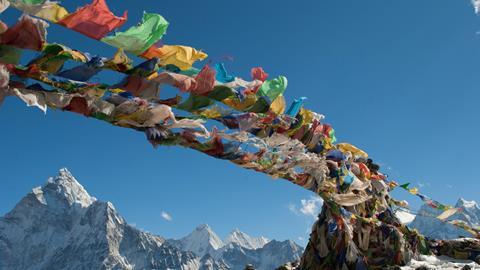 The Law Society of England and Wales, jointly with the Collective Campaign for Peace (a network of peace and human rights organisations in Nepal - COCAP), and with the assistance of its member firm Stevens & Bolton LLP, has submitted a UPR report on Nepal to the UN Human Rights Council. The Law Society and COCAP also published a factsheet including a summary of the findings of that report.

The current Constitution of Nepal, which came into force in September 2015 and establishes a federal system, gives rise to concerns about government interference with the regulation and oversight of NGOs. In addition, draft legislation has been proposed which would create further obstacles for local and international NGOs. In particular, the Social Organisation Act creates a more burdensome registration process and increases the government’s power to prosecute members of these organisations. The National Integrity Policy allows for restrictions of the activities of NGOs and their access to funding. The proposed NGO (Regulation) Bill contains restrictive provisions for the regulation, registration, and supervision of NGOs. The amendment of the National Human Rights Commission Act could undermine the independence of the NHRC and limit access for citizens in many provinces. These different pieces of legislation would hinder the effectiveness of NGOs and prevent them from speaking out against government policies and practices, as well as human rights violations directly or indirectly attributable to state authorities.

In addition, legislation has already come into force since 2018 that increases government control over civil society and curtails civil liberties in Nepal. For example, the Passport Bill permits the government to issue instructions to prevent passports from being issued to particular individuals. The Nepal Special Service Bill increases the powers of surveillance of intelligence services, including the interception of audio and audio-visual conversations, which puts the security of lawyers and human rights defenders at risk and could interfere with lawyer-client confidentiality.

Apart from increased restrictions on NGOs in Nepal, there has been an increase in threats against lawyers and human rights defenders (HRDs), as well as other efforts to prevent them from carrying out their work. The general lack of trust in law enforcement agencies among lawyers and HRDs has worsened due to the failure to adequately investigate attacks against them. Those who file complaints against state agents are especially at risk of violence and intimidation. There is a particularly high risk for female lawyers and HRDs, who in addition to threats, face defamation and social stigma for defending victims (especially victims of gender-based violence). The offenders in such cases are rarely brought to justice and state authorities often fail to provide adequate protection to lawyers and HRDs.