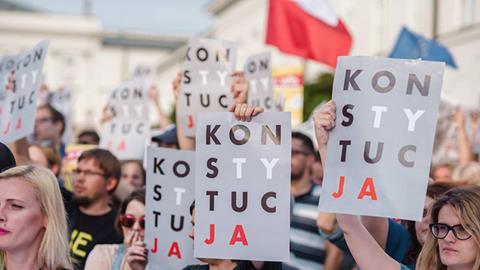 The Law Society has written to the Polish President after recent amendments to the law on common courts, law on the Supreme Court, as well as certain other legislation in Poland have raised alarm. These amendments, adopted by Parliament in December 2019, undermine judicial independence and the separation of powers.

The amendments provide, among others, that any person appointed by the President is a lawful judge and that questioning such appointment constitutes a disciplinary offence. The amendments also introduce other new disciplinary offences and sanctions for judges and transfer some judicial competencies to committees of court presidents, who are appointed by the Minister of Justice. The Law Society was informed that these amendments were passed in an expedited procedure, without appropriate consultation (including with judicial bodies), and that Parliament had less than 24 hours to discuss them.

The Law Society calls on the Polish authorities to:

The Law Society will continue to monitor the situation and support the independence of the judiciary, as well as the legal profession as a whole, in Poland. Our International Human Rights Adviser Dr. Marina Brilman was interviewed by the Polish media about threats to judicial independence in Poland. The Law Society’s letter also featured in this story (2:40 minutes).