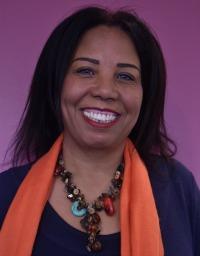 The Law Society is concerned about charges brought against Ms. Soliman by the Egyptian authorities. Ms. Soliman is a lawyer and human rights defender in Egypt. “Lawyers for Peace and Justice” is a non-governmental organisation that she co-founded which provides legal assistance to victims of human rights violations. Ms. Soliman also co-founded the Center for Egyptian Women’s Legal Assistance, which provides legal aid and support to women who are victims of domestic abuse and sexual violence.

More than three years ago, on 7 December 2016, police officers presented Ms Soliman with an arrest warrant at her house, issued by the judge in “Case 173” concerning the investigation of foreign funding of Egyptian human rights NGOs. The Law Society understands that since 2013, at least 66 human rights defenders and NGO staff have been summoned or investigated as part of “Case 173” for allegedly “receiving foreign funding to harm Egyptian national security” as defined under Article 78 of the Penal Code, a charge which could carry a sentence of up to 25 years in prison. In addition, judges have also ordered travel bans against at least 31 human rights defenders in “Case 173”, amongst whom Ms. Soliman, and have frozen the assets of at least 16 individuals and seven NGOs.

In light of Egypt’s international legal obligations, the law society urges the Egyptian authorities to:

The Law Society will continue to monitor the situation of Ms. Soliman, and other lawyers and human rights defenders in Egypt.

Read the letter in full below.