The Law Society nominated Mr Zyad el-Eleimy, Mr Mohamed el-Baqer, Ms Mahinour el-Masry, Mr Mohamed Ramadan, and Mr Haitham Mohammadein for the award. These five lawyers have all brought honour to the legal profession through their work and demonstrated exceptional commitment and sacrifice in upholding fundamental values. This is evidenced by their persistence in carrying out high-quality legal work to their own detriment, which has resulted in their arrest and detention. All five lawyers are currently still detained.

The Law Society was interviewed for BBC Arabic, together with the mother of Zyad el-Eleimy, and a local lawyer on its nomination of five Egyptian lawyers for the Council of Bars and Law Societies of Europe (CCBE) Human Rights Award 2020. Watch the interview here.

Zyad el-Eleimy is a lawyer and former parliamentarian in Egypt. On 25 June 2019, he was arrested in Cairo and brought to the State Security Prosecution. On the same day, others were also arrested – including political campaigners and journalists - and were accused of leading a plot to “bring down the state.” Mr. el-Eleimy is part of a group of individuals seeking to identify potential candidates to take part in the upcoming parliamentary elections in Egypt. Egyptian state authorities refer to this group as the “Hope Coalition”. 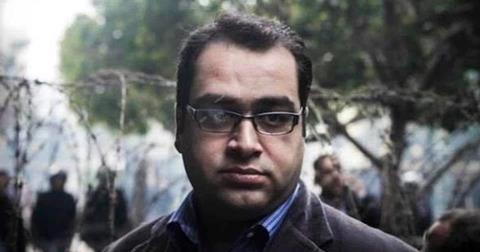 Mr. el-Eleimy is now a defendant in Case No. 930 of 2019; he is held in pre-trial detention and faces potential charges of helping a terrorist organisation to achieve its objectives and spreading false news on social media to cause strife and to overthrow the government. He is currently being detained in Tora prison. He suffers from asthma, diabetes, and high blood pressure and his health has deteriorated in detention.

In December 2019, Mr. el-Eleimy was questioned in relation to another case that concerned an interview he allegedly gave two years earlier - in 2017 - to the BBC around the World Youth Forum. In that specific case, he also faces the charge of spreading false news, statements, and rumours. On 17 February 2020, Mr. el-Eleimy’s lawyers reported that criminal proceedings were brought against him for this as part of Case No. 43 of 2017. This case was first heard on 18 February 2020, then adjourned to 25 February 2020, then 3 March 2020, and ultimately to 10 March 2020 when a verdict was issued. Mr. el-Eleimy was sentenced to a one year prison term and an LE 20,000 fine.

On 18 April 2020, Mr. el-Eleimy was designated as a “terrorist” for a five year period alongside 12 other individuals in an Official Gazette announcement, in which the decision by the Cairo Criminal Court was published. Among other things, designations of this nature authorise Egyptian authorities to freeze the assets of - and issue travel bans against - the individuals in question. This designation also puts Zyad at risk of potentially being disbarred from the Egyptian Bar Association.

As Egyptian authorities have imposed measures to curb the spread of Covid-19, Mr. el-Eleimy has not been able to receive any in-person prison visits and has had his pretrial detention in Case No. 930 renewed without having been brought before a court. His lawyers have not been granted the right to present a defense and no court proceeding has taken place virtually either. Such renewal of pretrial detention violates Egyptian law, as well as international human rights norms.

Mr. Mohamed El-Baqer is a human rights lawyer and Director of Adalah Center for Rights and Freedoms. On 29 September 2019, Mr. El-Baqer was arrested at the State Security Prosecution premises while he was attending an investigation session with his client Mr. Alaa Abdel Fattah, who had been arrested earlier in the morning that same day. 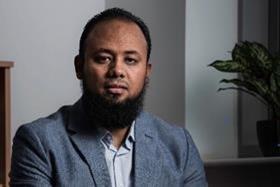 Mr. El-Baqer was subsequently accused by the State Security Prosecution, under Criminal Case No. 1356 of 2019, of potential charges, including “belonging to a terrorist group with knowledge of its terrorist objectives,” “committing a funding crime with knowledge of said-group’s terrorist objectives,” “broadcasting, spreading, and publishing false news and rumors with an intent to disturb public security and instill terror among people”, and “misusing social media to broadcast, spread, and publish false news leading to a disturbance of public security.” He is being held in pre-trial detention at maximum security wing 2 of Tora Prison and his pre-trial detention has continued to be renewed. Although he was able to meet with his legal counsel prior to Covid-19-related restrictions, Mr. El-Baqer has previously been denied the right to have private meetings with his attorney; the meetings were also limited in time to about 10 minutes.

While in custody, Mr. El-Baqer has been subject to ill treatment. When he first arrived in prison, he was forced to walk with his face down while blindfolded. For the first nine days of his detention, he was denied the right to have clean clothes, access to clean water, or take a shower. He is not allowed to receive books or letters, use the prison library, pray in the prison mosque, or enjoy outdoor exercise time. Mr. El-Baqer continues to be held in a poorly ventilated and small cell that does not receive sunlight.

As Egyptian authorities have imposed measures to curb the spread of Covid-19, Mr. El-Baqer has not been able to receive any in-person prison visits and has had his pretrial detention renewed without having been brought before a court and without his legal representatives having been granted the right to present a defence, in violation of domestic and international human rights law. 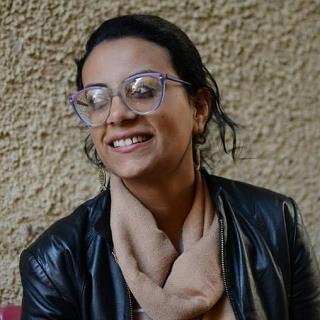 Ms. el-Masry has been arrested and prosecuted for her work. Most recently, she was arrested on 22 September 2019 outside of the State Security Prosecution by plain clothes officers and taken into an unlabelled van. She had been at the State Security Prosecution in her capacity as a lawyer representing a client. On 23 September, she was ordered into pretrial detention for 15 days on potential charges of “joining an illegal organization,” “publishing false news,” and “spreading false news.” In December, Ms. el-Masry participated in a partial hunger strike to raise attention to prison conditions that are not in line with international standards. Since her arrest, Ms. el-Masry’s pretrial detention has been continually renewed.

As Egyptian authorities have imposed measures to curb the spread of Covid-19, Ms. el-Masry has not been able to receive any in-person prison visits and has had her pretrial detention renewed without having eben brought before a court and without her lawyers having been granted the right to present a defense, in violation of domestic and international human rights law.

Mr. Ramadan has previously been arrested and prosecuted for his human rights work. In April 2017, Mr. Ramadan was sentenced in absentia to a ten year jail term over his social media posts on accusations of insulting the president, misusing social media, and inciting violence per the country’s Counter-terrorism Law; he was also sentenced to a five year house arrest and a five year social media ban. His appeal in this case is still pending while the Supreme Constitutional Court reviews a separate claim involving the constitutionality of the Counter-terrorism Law. 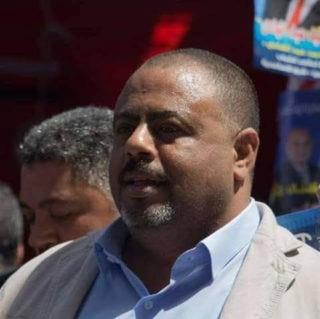 More recently, Mr. Ramadan was arrested on 10 December 2018 and accused of belonging to a terrorist organisation, inciting terrorist ideas, and possessing yellow vests to call for protests against those in power; his arrest took place shortly after the yellow vest demonstrations in France and after he posted a photo of himself wearing a yellow vest on his personal social media account. He was held in an undisclosed location until 11 December, when he was ordered into pretrial detention. He continues to be held in pretrial detention today. In detention, Mr. Ramadan has been subject to physical assault, including at least one incident in which he was beaten in the stomach by a prison guard.

As Egyptian authorities have imposed measures to curb the spread of Covid-19, Mr. Ramadan has not been able to receive any in-person prison visits.

Mr. Haitham Mohammadein is a human rights lawyer and labor activist. Mr. Mohammadein has been arrested on multiple occasions in the past for exercising his fundamental freedoms, including in January 2011 for participating in a protest; in September 2013 when on his way to attend a cement factory workers’ strike; in April 2016 in light of his activism challenging the government’s decision to transfer the sovereignty of the Tiran and Sanafir islands to Saudi Arabia; and in May 2018 for protesting metro ticket price hikes. Mr. Mohammadein’s assets were also subject to freeze in January 2015; this measure is believed to have been taken as a form of reprisal because he was outspoken against the ousting of then former President Mohamed Morsi. 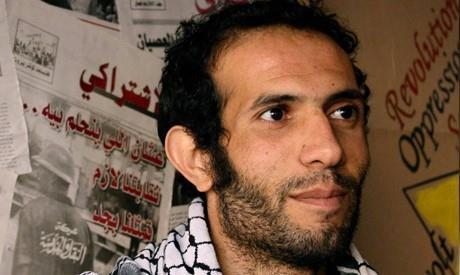 Most recently, Mr. Mohammadein was arrested on 12 May 2019 at the police station while serving probationary measures related to his prior conditional release in October 2018. He was missing for a few days before he finally surfaced at the State Security Prosecution on 16 May; he was subsequently ordered into pretrial detention in Case No. 741 of 2019. Since then, his pretrial detention has continued to be renewed and he remains in pretrial detention today.

As Egyptian authorities have imposed measures to curb the spread of Covid-19, Mr. Mohammadein has not been able to receive any in-person prison visits and has had his pretrial detention renewed without having been brought before a court and without his lawyers having been granted the right to present a defense, in violation of domestic and international human rights law.

For an overview of the judicial system and lack of judicial independence, problematic legislation, and attacks against lawyers and human rights defenders in Egypt, see: https://communities.lawsociety.org.uk/lawyers-at-risk/upr-submission-egypt/5067216.article

See a summary of this information here: https://communities.lawsociety.org.uk/lawyers-at-risk/law-society-and-the-tahrir-institute-publish-advocacy-factsheet-on-egypt/6000409.article