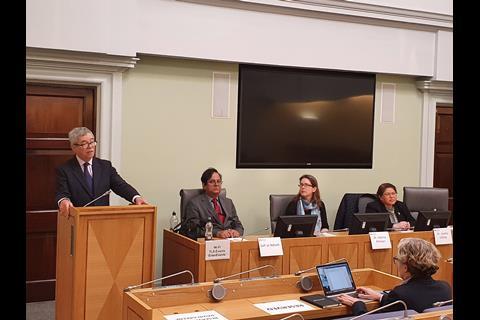 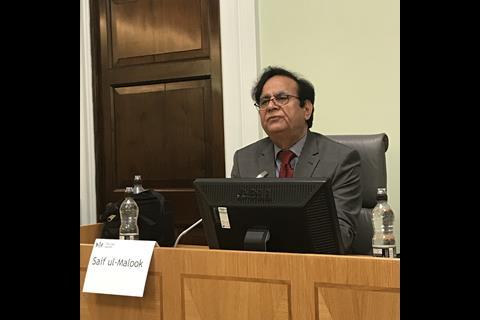 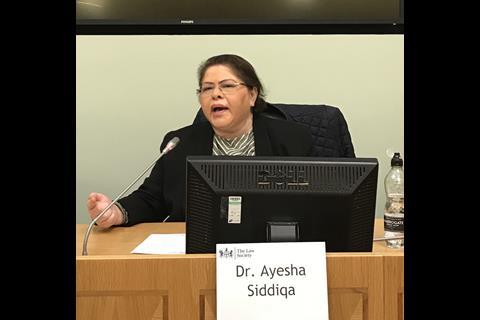 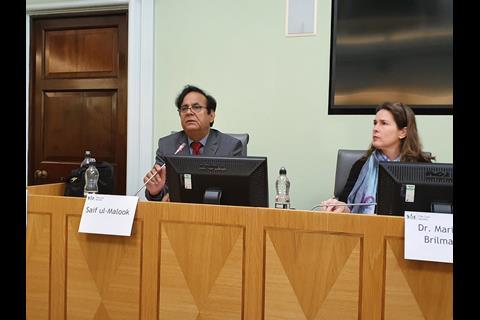 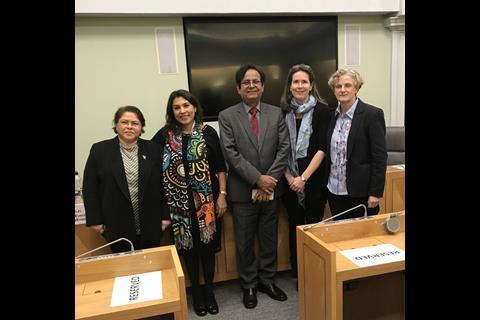 On 22 January 2020, the Law Society marked the Day of the Endangered Lawyer 2020 by organising a series of activities to raise awareness about the situation of lawyers at risk in Pakistan, which included a panel seminar with the participation of renowned lawyer Saif ul-Malook and author and academic Dr. Ayesha Siddiqa. Mr. ul-Malook legally represented Asia Bibi – a Christian woman from a rural community who was accused of blasphemy – before Pakistan’s Supreme Court. Dr Ayesha Siddiqa is an associate researcher at the Centre for International Studies and Diplomacy at SOAS (School for Oriental and African Studies). 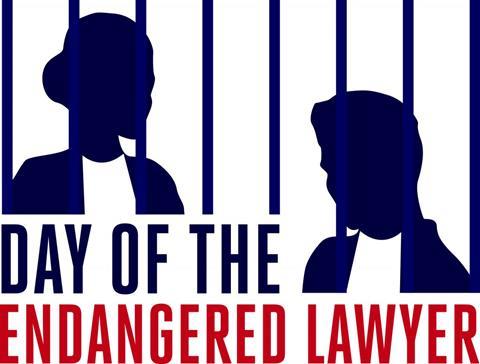 Mr ul-Malook focused his intervention on the impact of blasphemy laws in Pakistan, stating that due to his work as a lawyer “my friends don’t even dare to travel with me in my car because they say that one day I am going to get killed”. He also said: “it is also a sad state of affairs when our own Bar Association does not even release a statement to support our work as lawyers”. He went on to say that the blasphemy laws embolden certain sectors of the Pakistani population, which has led to mobs burning police stations and intimidating lawyers. The latter has had serious consequences for access to justice and due process for those accused of committing blasphemous acts. In many instances, the evidence brought by complainants in blasphemy cases is highly deficient or non-existent. Mr. ul-Malook also said that the blasphemy laws are being used to settle personal scores and, for example, property disputes.

Dr Siddiqa shared that since the promulgation of the blasphemy laws, there have been approximately 1500 cases, which are not only affecting minority groups but everyone in Pakistani society. “Blasphemy Laws are not going to go away and are not open for review in spite of potential miscarriages of justice” she reflected. “Since religious discourse is being abused to exert fear, it is of vital importance for lawyers and judges from around the world to keep monitoring the situation in Pakistan as well as putting pressure of Pakistani judges to remain objective and independent”, she said.

Pakistan’s blasphemy laws carry a mandatory death sentence for anyone who insults the prophet Mohammed. These laws were subsequently amended to include insults directed against other religions’ prophets. Critics say they have been used to persecute members of religious minorities in the country. The offences relating to religion were first codified by India’s British rulers in 1860 and were expanded in 1927. Pakistan inherited these laws when it came into existence after the partition of India in 1947.

Between 1980 and 1986, several clauses were added to the blasphemy laws by the military government of General Zia-ul Haq who wanted to “Islamicise” legislation and separate the Ahmadi community, declared non-Muslim in 1973, from the rest of Pakistan’s mainly Muslim population. The Human Rights Commission of Pakistan (HRCP) has been documenting blasphemy cases for decades. According to its statistics, Muslims constitute the majority of those accused under these laws, closely followed by the Ahmadi community.

Data provided by the National Commission for Justice and Peace (NCJP) shows a total of 776 Muslims, 505 Ahmedis, 229 Christians and 30 Hindus have been accused under various clauses of the blasphemy law from 1987 until 2018.

Both speakers concurred that although amending blasphemy laws has been on the agenda of secular parties, no progress has been made, mainly because of the sensitivities regarding religious issues and because no party wants to antagonise powerful religious groups.

Sue Willman, Chair of the Law Society’s Human Rights Committee, said: “The Day of the Endangered Lawyer shines a light on lawyers like Saif Ul-M who, like others, has the courage to risk their lives to enable their clients access to justice. The Law Society sends a message of support to all our fellow lawyers across the globe who defend human rights in face of daily threats and intimidation.”

The Law Society will continue to monitor the situation of lawyers in Pakistan closely.