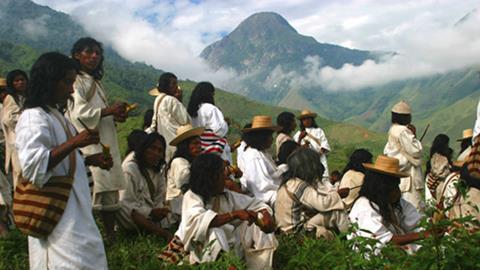 On 15th July 2020, the Law Society of England and Wales and Leigh Day submitted a joint amicus curiae brief to the Colombian Council of State (Consejo de Estado - the highest judicial authority in Colombia for administrative law matters).

The case concerns an attempt by a third party to annul a Decree issued by the Colombian government in relation to indigenous peoples who inhabit an area in the north of Colombia known as the Sierra Nevada de Santa Marta. The purpose of the Decree is to delimit the ancestral territory of these indigenous groups – known as the Linea Negra - and to lay down various principles for the protection of their rights, including to use and manage natural resources and have access to sacred sites in those territories.

The attempt to annul the Decree raises a number of issues which are governed by international legal instruments and which have been interpreted by the jurisprudence of international bodies and courts, including in particular the Inter-American Court of Human Rights. Leigh Day and the Law Society have submitted this amicus curiae brief to the Consejo de Estado in order to highlight the relevant principles of International Law which the Consejo may take into account when considering the legal arguments in the case. The conclusion suggested in the amicus brief is that the Decree as adopted is generally in line with international norms and that any annulment or amendment of the Decree along the lines suggested by the third party petitioner could result in the international legal responsibility of the Colombian State for violations of the American Convention on Human Rights, the International Covenant on Civil and Political Rights, the International Covenant on Economic, Social and Cultural Rights, and the UNESCO Convention for the Safeguarding of the Intangible Cultural Heritage.