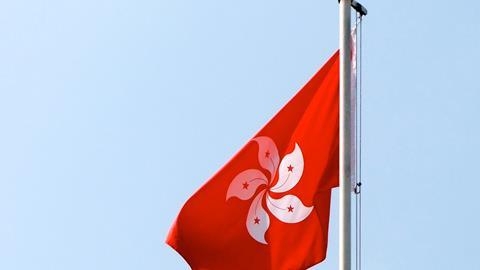 The Law Society of England and Wales and the Bar Council of England and Wales have sent a joint letter to Carrie Lam, the chief executive of Hong Kong,  setting out their grave alarm at the adoption of the new national security law by the Standing Committee of the Chinese National People’s Congress.

There are many aspects of the national security law that are particularly worrying to the Law Society and the Bar Council. The national security law carries maximum sentences of life imprisonment for the crimes of secession, subversion, terrorism, and collusion with foreign powers. These crimes are vaguely defined, especially the crime of terrorism, which has an overly broad definition.

The sentencing provisions do not include clear definitions of what constitutes a grave or minor offence and include minimum sentences that may be disproportionate in some cases. The law has broadly worded extra-territorial application, applying to actions not committed within Hong Kong by persons who are not permanent residents of Hong Kong. The law contains restrictions on defence counsel regarding secrecy that may not be compatible with a defendant’s right to prepare an adequate defence. To the extent that the law allows for undue restriction of other procedural guarantees, this would violate the internationally recognised right of a fair trial.

It is also noteworthy that the Office for Safeguarding National Security of the Central People’s Government in Hong Kong has wide discretion to assume jurisdiction over certain cases under the law. Its decisions are not subject to review by the Hong Kong courts. Such cases are then adjudicated under mainland Chinese laws by a court designated by the Supreme People’s Court of China and without an extradition process. We have significant concerns about the respect of fair trial guarantees in such cases.

The Law Society and the Bar Council are especially concerned that the national security law threatens judicial independence in Hong Kong through a number of provisions. Cases under the law may only be heard by judges who are on a list designated by the chief executive of Hong Kong. Judges can be removed from that list if their actions or statements are deemed to endanger national security. Judges are also only appointed for one year. This not only allows for undue political interference with the judiciary in Hong Kong, but also violates the principle that judges should have tenure as a means to guarantee their independence. Moreover, the Secretary of Justice can issue a certificate determining that a trial shall be held without a jury, making this a decision by the executive rather than the judiciary itself.

In addition, in certain cases, courts are under an obligation to obtain a certificate from the chief executive of Hong Kong– which shall be binding upon the courts - to determine whether an act involves national security. The width of this provision and the absence of safeguards also undermines the principle of separation of powers. The principal body with jurisdiction to interpret the national security law is the Standing Committee of the National People’s Congress, which is a political rather than a judicial body.

The Law Society and the Bar Council will monitor the application of this law in practice, especially to members of the legal profession and human rights defenders, as well as threats to judicial independence in Hong Kong. We stand in solidarity with legal professionals in Hong Kong and others in their efforts to uphold the rule of law and fundamental rights in their jurisdiction.

To read the full statement please click the link below.