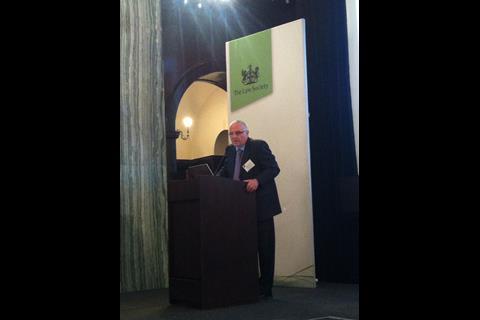 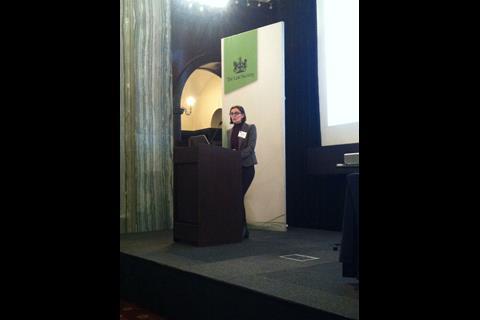 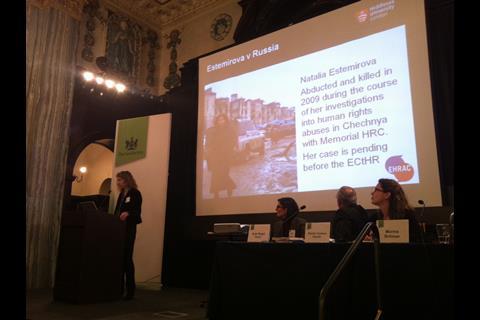 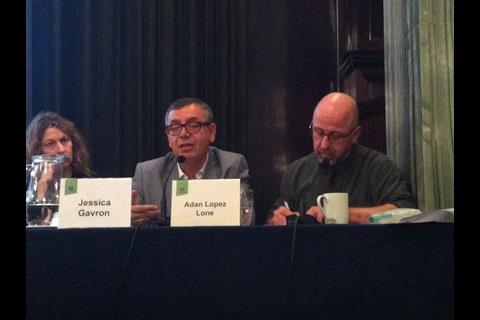 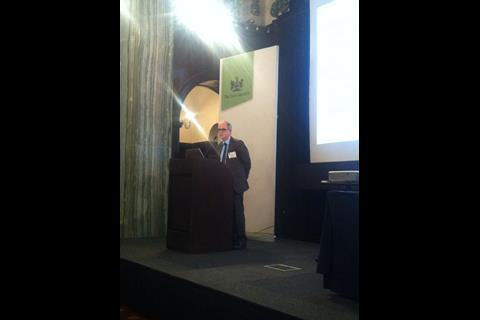 To mark Human Rights day, the Law Society’s Lawyers at Risk programme organised an international seminar on 7 December 2016, to discuss how best to support and improve the safety of lawyers and human rights defenders who are suffering reprisals as a result of their work.

With an impressive line up of speakers, this event served as the perfect conduit to share their extensive experience and expertise as human rights lawyers in their respective countries. All of the international speakers had been personally affected as a result of their work and their stories were also shared with the audience.

Ramon Cadena Ramila presented the serious challenges encountered by Guatemalan lawyers in the exercise of their professional duties, which are exacerbated by the high levels of impunity, despite the work carried out by the UN International Commission against Impunity in Guatemala (CICIG) . Mr. Ramila explained that, in his opinion, impunity in Guatemala stems from two main factors: historical challenges in overcoming impunity and the existence of a criminal structure that is influencing the political direction in Guatemala.

Listen to Ramon’s podcast on obstacles facing the legal profession in Guatemala:

(A transcript can be provided upon request. Can’t see the podcast? Listen to the audio on SoundCloud)

Ayse Bingol Demir explained that Turkish lawyers are facing serious obstacles in their work due to several factors: the political situation in the country (pre- and post the failed coup attempt); an often biased judiciary; arbitrariness in judicial rulings; stigmatisation of lawyers’ work, resulting in criminal investigations against lawyers; and a general environment of impunity. She outlined historical events, including the attempted coup in July 2016, in the aftermath of which a state of emergency was declared and a number of laws was emitted by decree . She also referred to human rights violations committed in the framework of clashes between Government forces and the Kurdish population in Turkey, especially during 24 hour- long curfews that were instituted in certain parts of the country.

Listen to Ayse’s podcast on obstacles facing the legal profession in Turkey:

(A transcript can be provided upon request. Can’t see the podcast? Listen to the audio on SoundCloud )

Jessica Gavron focused her presentation on the considerable impediments to human rights advocacy in the CIS region and, more specifically, Russia and Azerbaijan. She referred to the ongoing physical threats against human rights defenders in Russia; the harassment and imprisonment of human rights defenders and lawyers in Azerbaijan, as well as the use of laws to restrict NGOs’ operations, such as the Russian Foreign Agents Law and the Law on Undesirable Organisations. She mentioned that, by November 2016, 148 NGOs were designated as ‘foreign agents’ and more than 20 NGOs have been shutdown in Russia. A case, challenging the validity of this law brought by EHRAC, is currently pending before the European Court of Human Rights.

Adan Guillermo Lopez highlighted some of the key barriers encountered by the legal profession in Honduras and confirmed that over 80 Honduran lawyers had been killed since the 2009 military coup . He also highlighted the impunity that reigns in Honduras and referred to the lack of implementation by Honduras of reparation measures ordered by the Inter-American Court of Human Rights in a case where he and three fellow judges were claimants.

During the Q&A session, the speakers emphasised the importance of integrating human rights law as a fundamental part of the legal education of lawyers across the globe. They also recognised that, in some countries, efforts have been made to discredit international human rights as a legitimate mechanism to assert rights. However, they highlighted that human rights remains a very effective tool to ensure the physical and professional safety of lawyers, human rights defenders, and legal practitioners globally, as well as to combat impunity.

The speakers offered some relevant recommendations: reinforcing the international human rights protection mechanisms; support the work of the UN bodies, such as the working group on arbitrary detention; and to advocate for better policies relating to the protection of lawyers and human rights defenders domestically.

The line up of speakers included: Ramon Cadena Ramila , Central America director of the International Commission of Jurists; Ayse Bingol Demir , a Turkish lawyer and winner of the 2016 CCBE Human Rights Award; Jessica Gavron , legal director of the European Human Rights Advocacy Centre (EHRAC); and Adan Guillermo Lopez , coordinator of the technical office of the Association of Judges for Democracy in Honduras. Dr Marina Brilman , Law Society’s international human rights policy adviser and Lawyers at Risk programme lead, chaired the seminar. The welcome was given by Law Society President Robert Bourns and closing remarks by Tony Fisher ,  chair of the Human Rights Committee at the Law Society.

CICIG aims to investigate illegal security groups and clandestine security organizations in Guatemala – criminal groups believed to have infiltrated state institutions, fostering impunity and undermining democratic gains in Guatemala since the end of the country’s armed conflict in the 1990s: http://www.cicig.org/