The Law Management Section’s 2015 Financial Benchmarking Survey has just been published. Sponsored by Lloyds Bank Commercial Banking, and compiled by Hazlewoods LLP, the results are unanimously positive and point to firms having a strong year.

The survey showed that financial stability is ‘on the up’. Compared with findings from last year’s survey, it is clear that there has been a dramatic rise in the percentage of practices operating profitability and within their overdraft limit. 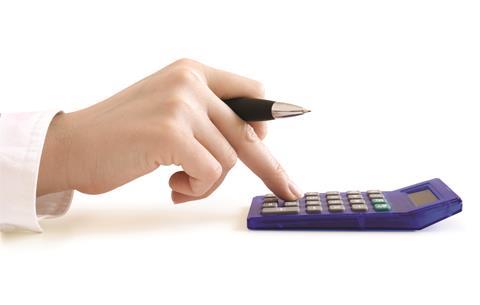 157 firms from across England and Wales took part, making it one of the biggest surveys its kind in the UK, and it is widely regarded as the leading annual health check for medium-sized practices. As in previous years, participants provided two years’ data – the most recent accounting period and the previous one – allowing us to compare results on a like-for-like basis.

• Median practice income increased by 8.7% compared to 2013, with most geographic regions and most work types seeing growth.

• For the first time in several years, the ratio of fee earners to equity partners increased by 6.4%

President of the Law Society Andrew Caplen said: “We are encouraged to see continuing economic growth for our members’ firms. Although financial stability can never be guaranteed, this is positive news given the challenging economic conditions of recent years.

“The Law Society’s Law Management Section helps firms stay on top of changes in the market, and is a forum for sharing good practice within the profession.”

Paul McCluskey, head of professional practices at Lloyds Bank Commercial Banking, said: “The Financial Benchmarking Survey is a respected indicator of what constitutes best practice for law firms, enabling staff to see the progress of their firm and industry trends.

“In a positive 12 months that has seen median practice income increase across the country, with further growth expected in 2015, it is also encouraging to see a change in attitude with the reduction in the number of firms where partners’ drawings exceed profits.

“Understanding what success looks like is crucial for local firms to plan ahead and deliver their objectives, and these results indicate a positive outlook within the sector as economic confidence continues to grow across the country.”

Andrew Harris, Director of Hazlewood LLP, said: “We were pleased to be able to report improvements in all of the key measures of financial performance. The results for many are finally back to where they were six or seven years ago.

“It was also very encouraging to see that practices seem to have taken on board the whole issue of financial stability, and are paying much closer attention to issues such as cashflow, lock-up and working capital.”