JLD case study: How I qualified by Equivalent Means

We speak to Robert Houchill, the first paralegal to qualify by the new SRA qualification standard.

This new exemption allows an applicant to apply to the SRA and show that they have done something which is equivalent to one of the requirements to qualify as a solicitor. Included within this exemption, is the requirement to carry out a period of recognised training (the training contract. What this means is, an LPC graduate who has been working as a paralegal can now apply to the SRA, demonstrating that the work they have been doing is equivalent to that which a trainee would do, and that therefore they should be exempt from the training contract requirement and be admitted as a solicitor.

The first paralegal to qualify in this way was Robert Houchill, who was admitted in April 2015. 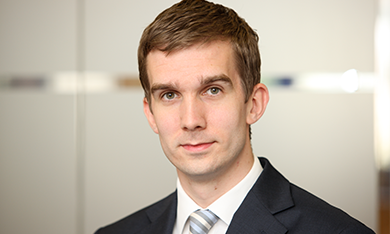 Please can you give us some background as to your professional journey so far.

RH: I studied Law at Essex University, and after graduating I lived abroad for two years. In September 2010, I returned to the UK to study the LPC part-time at the College of Law in Bloomsbury and to work as a paralegal at the Children’s Legal Centre in Colchester.

After six months at the Children’s Legal Centre, I moved to work as a paralegal in the family department of a law firm in North London called Wilson Solicitors. I worked at Wilson Solicitors for a year before I joined a law firm which specialises in immigration law called Gherson. After a year at Gherson, I joined Bates Wells Braithwaite in July 2013 where I continue to work.

To be able to claim an exemption from the period of recognised training (i.e. the training contract) you still need to have satisfied the other required elements such as the LLB/GDL, the LPC and the Professional Skills Course. There are also equivalent means exemptions for these elements, which could be applied for.

How long have you worked as a paralegal and in what areas of law?

RH: At the time of making my application to the SRA for equivalent means I had worked as a paralegal for about four years. I worked in family and child law for a year and a half before moving into immigration law in which I worked for two and a half years.

There is no set requirement for the amount of time you have to work as a paralegal before being able to make the application. However the SRA have said that they expect around two years to be the minimum time worked that enables you to demonstrate sufficient experience.

How did you hear about equivalent means?

RH: I think it was from an article in the Law Society Gazette.

Did you complete the Professional Skills Course? When?

RH: Yes I had to complete the PSC. I completed it sometime in January/February 2015.

Please can you tell us about the process, in particular:

a. Did you contact the SRA for guidance, and were they helpful?

RH: Yes I did write to the SRA. They responded to my emails promptly and did try to answer my queries. On a couple of points I thought I knew the answer and wrote to them to get confirmation of my understanding; however, sometimes I received emails which referred to the old Regulations and I had to go back to ask them to review their responses.

b. Did you receive acknowledgment of receipt of your application?

RH: Yes I received an email confirming receipt of my application.

c. Were you able to monitor the progress of your application/did you receive updates?

RH: After my application had been outstanding for about two months, I received an email saying that the recommendation would be made that my application should be approved and inviting me to provide any further documentation.

d. How much time passed between your application and hearing that you had been successful?

How did you remember everything you’d done – did you have to contact all of your previous employers?

I did get references from all my previous employers.

What did you use as evidence in support for the various outcomes?

RH: The main pieces of evidence I supplied were my contracts of employment, job descriptions, references, appraisal forms, records of training along with a few other odd documents I thought might be helpful.

The SRA informed the JLD that what can constitute evidence can vary. Whilst a personal reference from your supervisor is preferred, they are willing to accept other evidence such as job descriptions which detail your responsibilities.

How did you satisfy the “advocacy” outcome?

RH: In my application I cited attending clients and giving presentations. I also made reference to attending hearings and conferences, preparing and drafting Instructions to Counsel along with other Court documents.

What was the most difficult thing about the application form/process?

Rh: I think the sheer size of the application form and the information that it requires was the most difficult aspect. Once the form was completed and I was satisfied I met all the requirements, I worked backwards to gather the required supporting evidence.

Did the SRA give feedback on your application?

RH: After my application had been outstanding for two months, I received an email which gave an indication of the recommendation being made, i.e. whether to approve my application or not, and inviting me to comment or provide further documents.

When the JLD asked the SRA about this, we were told that if your application is unsuccessful you will be made aware of the areas that were lacking and where you should focus on gaining more experience.

Have you come up against any stigma using this route to qualify? If so, what has been said and by what kinds of people?

RH: Doubtlessly some people are apprehensive about solicitors being admitted this way. However, I think most of those in the profession know that in practice the line between trainee and paralegal can often be artificial.

I think most people are positive about the new regime.

Would you recommend this process to other paralegals?

RH: I think those wanting to be solicitors should still favour training contracts. Law firms are generally conservative; I believe the equivalent means route will need to become more established before it should be the recommended pathway for paralegals.

Nevertheless for some paralegals who have chalked up a lot of experience, I would encourage them to apply.

What would be your top tips to a paralegal going through this application procedure?

If you are falling short on one of the requirements, try and broaden your work to cover this. It would also be helpful to make an effort to retain records of what you did at all places of employment.

The JLD would like to thank Robert Houchill for this insight into his experience and congratulations on being the first paralegal to qualify by Equivalent Means.

So here are our top tips for you:

The JLD continue to liaise with the SRA about this and hope to be able to release more information for you in the near future. Keep an eye on our website and twitter feed (@juniorlawyers).

And don’t forget to get in touch with us (email to: juniorlawyers@lawsociety.org.uk) if you are applying to qualify via equivalent means to let us know about your experience.