Tell us about your firm. 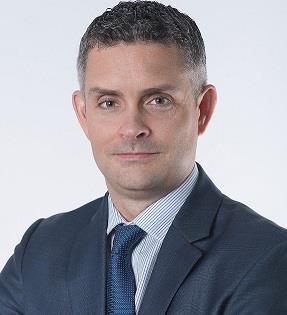 CMS is an award-winning, full service international law firm advising businesses, financial institutions, governments and other public-sector bodies. CMS is the 6th largest law firm in the UK by revenue and the 6th largest globally by headcount. Globally, CMS has over 1,000 partners and 5,000 lawyers in 71 offices across 40 countries.

In Ukraine we are one of the largest full service law firms, and 2017 represents our ten year anniversary since having opened our office in Kyiv. CMS Cameron McKenna Nabarro Olswang has five partners and approximately 25 other lawyers qualified in Ukrainian and English law on the ground in Kyiv. Our lawyers are highly ranked across all the practice and sector groups by the leading international and local rankings, such as Chambers Global, Legal 500, IFLR etc.

Have you worked as a lawyer in another country, and how do they compare?

I originally commenced my career at Linklaters, and one of the main reasons I joined Linklaters was because of the international opportunities available. As part of that I was offered the opportunity to spend six months as a trainee in Bucharest, and I loved it so much that I ended up staying four years, working as part of Linklaters’ regional CEE/SEE private equity team, doing deals all over the place. I then returned to London for a few years, before being seconded to Almaty, Kazakhstan. That was followed by a further stint in London, before CMS seconded me to our Kyiv office, where I remain active to this day. I have a regional role however and continue to do deals throughout Europe and beyond (including in the UK), and in my career to-date I have advised on transactions in 39 countries around the globe — from the Baltics to the Balkans, and from the Czech Republic to Tajikistan. I don’t always travel on each and every deal, but I have been to most of these countries over the years, and I am very fortunate to be able to combine one of my passions (traveling) with my job.

It is difficult to compare all of these countries of course. From a legal perspective however, there are stark differences. Getting a deal done in the UK is a completely different kettle of fish from getting a deal done in Ukraine. On practically every Ukraine deal there is an issue that pops up – an issue which, in the West, might be a deal- breaker (or at the very least a reason to chip away at the purchase price, or to delay closing). But the chances are that we have seen the issue before (if not in Ukraine, then in other similar countries around), and we are able to find pragmatic ways to get over it and move on with the deal.

How would you describe the current business climate in Ukraine?

The 2014 maidan revolution happened because the people wanted something different for their country. They are tired of the old Soviet ways, and want a better – more European – future. The Government is now therefore implementing reforms, and a lot has changed. Of course Ukraine still has its challenges ahead, but the country is moving in the right direction, and that is already starting to show in terms of the number of foreign investors that are starting to invest more into the country. With a population of 45 million and a genuine desire for change at the grassroots level, it is just a matter of time until the unbelievable potential of this country – the last sizeable emerging market in Europe - starts to shine through.

What are the main opportunities and challenges for foreign law firms in Ukraine and the wider CIS region?

The country is not yet at a point where foreign investors can fully trust the local courts to deliver (in the event of a dispute) the commercial common-sense result that would ordinarily be expected, and for that reason, most sizeable transactions tend to be governed by English law. International law firms such as CMS are therefore able to offer the ‘one-stop-shop’ service, advising on both the English law elements, as well as the Ukrainian law elements – or, in the event of dispute, on the full suite of litigation advice that is required. International law firms also bring the advantages of being regulated by (e.g.) the Solicitors Regulation Authority (in Ukraine the legal market is largely unregulated for non-advocate lawyers), and also carry significant professional indemnity insurance underwritten by Western underwriters – giving clients added peace of mind. Of course it is not always easy operating in countries such as Ukraine, where bureaucracy is high and corruption does still (unfortunately) exist - but clients ultimately appreciate the fact that international law firms such as CMS take pride with ensuring that no corners are cut, thereby giving clients comfort that their investments will stand the test of time.

What advice would you give to UK solicitors and law firms new to the region?

Be pragmatic. Ukraine is just 26 years old. It’s laws are still developing, and it does not have the benefit of hundreds of years of case law like we do in the UK, nor does it have a common-law system whereby judges are able to effectively ‘fill-in-the-gaps’ where the law is not clear-cut. This is one of the major reasons why transactions tend to be governed by English law. But still, the underlying companies are incorporated in Ukraine itself, and operate under Ukrainian law – and our advice therefore needs to take into account the realities of the situation on the ground in Ukraine. It will frequently be the case therefore that there will be no clear answer as to how to proceed in certain circumstances. But by the time that clients instruct lawyers, they have typically made up their mind (at least in principle) that they want the deal to go-ahead – so they need lawyers who can find a way to get the deal done on sensible terms, rather than come up with a long list of reasons as to why it cannot.

What opportunities for co-operations are there between Ukrainian and UK law firms?

It can also be the case however that transactions or litigation originates in Ukraine itself, with in-house counsel in Ukraine approaching the local law firms for advice. Where there is a cross-border element, such local firms would also usually be required to reach out to an international firm for support - and hence there is plenty of opportunity for UK firms and Ukrainian firms to co-operate on a mutually beneficial basis.

It really depends on the size and nature of the matter and the client. On the cross-border deals and litigation matters, clients appreciate having an internationally-recognised law firm in the driving seat. On other matters, perhaps where the amounts at stake are lower, they would be perfectly happy working directly with a smaller local law firm.

What are the practice areas you definitely think a European firm would find business in?

Ukraine is at the nascent stages of its development, and there are therefore opportunities in all practice areas at present.

What recent legal developments you have seen in Ukraine and the CIS region in general?

As Ukraine seeks to lean closer towards the European Union, its laws are developing and changing on a weekly basis, and it is not possible to summarise them all here. However many law firms (local and international) operating on the ground provide law-update services which can be useful in keeping track - and ours is http://www.cms-lawnow.com/

Are you aware of any changes that may affect or changes that took place and had an impact on the profession and practice rights in Ukraine?

There is regulation in place in so far as it concerns advocate lawyers (i.e. lawyers who are required to stand-up in court). Otherwise however the profession (similar to the situation in other countries within the Former Soviet Union) is not regulated in the manner that it is in the UK, which is a concern. Based on the last conversation I had with the Ukrainian National Bar Association, there are no active plans to change this. I hope though that as the country seeks to integrate closer with the European Union that the country will ‘wake-up’ and realise that the regulation of all lawyers (not just those who attend court) is of critical importance, for so many reasons.

Finally, what are your recommendations for visitors to the country?

Ukraine is a beautiful country. Kyiv is especially nice in the summer, but there is so much more to Ukraine than just Kyiv, from nice beaches in Odessa, to funky restaurants and bars in Lviv (Ukraine’s undiscovered Prague), to beautiful scenery, fresh air and skiing in the Carpathian mountains. Expect to eat very well (Ukrainian food is really quite tasty), and to be welcomed by a warm and hospitable population!

These views are the views of the author and not those of the Law Society.