The meeting brought together bar leaders representing the legal professions of Canada, France, Germany, Italy, Japan, USA and UK to adopt resolutions and recommendations to be presented at the upcoming G7 Governments Summit in August. 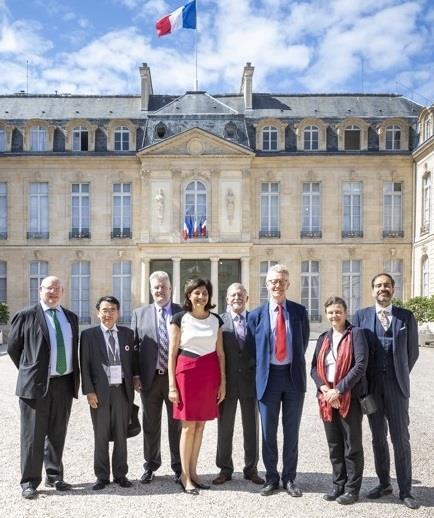 Delegates discussed current rule of law matters of particular concern to lawyers, the justice systems in G7 countries, and globally. The delegations unanimously agreed on twenty priority topics ranging from the fight against inequalities, support for responsible business practices, access to justice and the protection of the rule of law.  These included protecting lawyers at risk, the independence of lawyers, lawyer-client confidentiality and fair trials.

Prompted by a commendable proposal submitted by the Japanese Federation of Bar Associations, the G7 Bars also adopted a declaration calling for the abolition of the death penalty in countries where it persists. In addition, the group adopted a resolution calling for the immediate release of imprisoned Iranian lawyer, Nasrin Sotoudeh, who has been sentenced to 148 lashes and 33 years in prison for defending fundamental rights in her country.

A further resolution focusing on the opportunities and challenges of digitalisation and artificial intelligence was signed. In this document, six delegations call on G7 governments to ensure access to justice is not prejudiced by the digitisation of legal processes, to promote the monitoring of the impact of algorithms on the justice sector, and to adopt proportionate measures to tackle hate speech and violent content online.

The proposals, the declaration and the resolutions have now all been submitted to the government representatives of G7 countries and each Bar association has committed to using these tools to lobby both domestically and internationall