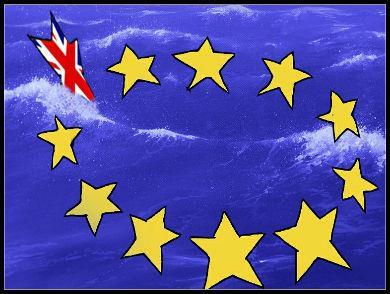 The European Council decided in the early morning of 11 April 2019 that the UK’s departure from the EU will be postponed from 12 April to 31 October 2019.

The extension was granted on the basis that the UK takes part in the upcoming European elections. If the UK does not take part in the elections and if there is no withdrawal agreement in place, the UK will leave the EU without a deal on 1 June 2019.

Otherwise, all options remain open, meaning that the UK can still choose to leave the EU with a deal, or it can revoke and choose (unilaterally) to remain in the EU. It may also leave without a deal at the end of the extension period.

On a practical level, this means that UK citizens and UK-qualified solicitors will retain their rights under EU law until the end of the UK’s membership period. They will retain the ability to practice in EU states and will continue to possess the right to plead before the EU courts.

The Council’s decision still allows for the UK to leave earlier than October. If it ratifies the Withdrawal Agreement before October, the UK will leave the EU and the proposed transition period will take effect. This is the Prime Minister’s stated preference as she aims to avoid the UK holding EU elections in May. Should she be successful, solicitor’s legal rights will remain unchanged until the end of the transition period, after which a new UK-EU agreement is likely to take effect. In the current text of the Withdrawal Agreement, the transition period will run until December 2020. This period can be extended until December 2022 if both the UK and EU agree to do so.

If the UK has not ratified the Agreement by 22 May, then the UK will have to hold EU elections. The Council made clear that this is a key condition for the extension granted until the end of the October, and similarly we understand that the UK Government is fully committed to holding the elections in that scenario. If this is the case, the UK will hold the European elections on 23 May.

After the Council meeting, much was made in the UK press of a divide in the member states’ approach to the granting of the extension, with some commentator’s suggesting that the EU’s unity was starting to crack. While it is true that a majority of member states supported a longer extension period into 2020, and that a minority of member states, including France, supported a shorter one ending in June, the resulting date of 31 October is an example of a hard-fought compromise between EU leaders. The agreement is reflective of the way European Council meetings work, with each member state adopting a position, and then agreeing on a common approach during discussions.

With the European Parliament now breaking off for the election campaign, and the UK Parliament in recess until the end of April, the coming weeks are likely to be calmer on the Brexit front than we have seen in recent times. The extension means all sides can now take some time to catch their breath, and the EU hopes that this will bring about a shift in approach from the UK as we head towards the summer months.