Syria: A complex scenario for the legal profession, with a very small glimmer of hope?

The war in Syria has gone on for over six years. It has claimed the lives of more than a quarter of a million people, uprooted over half of its population and left the country in ruins. The UN says that nearly five million Syrians have fled the country and more than six million are internally displaced. The Syrian people who have been compelled to leave their homeland are now confronting the sad reality of being refugees - hoping for a better and safer life in the neighbouring nations of Jordan, Lebanon, Turkey, and Iraq, or risk their lives further attempting to get to Europe. Those left behind also face serious challenges; apart from the indiscriminate bombing, Amnesty International and Human Rights Watch have reported that since 2011 thousands of people have disappeared, countless others are reported being tortured and many are dying in prison cells around the country.

The recent news of a chemical attack is just another appalling example of the widespread barbarism taking place. More than 80 people were killed in the northern town of Khan Sheikhoun after being exposed to a suspected nerve agent that survivors and witnesses on the ground allege was dropped from a Syrian government warplane. With this latest event, it appears that the Syrian regime continues to act with impunity and without fear of being made accountable for any breaches of international humanitarian law. The decision by the incumbent US administration to strike a Syrian air base, suspected of being the origin of the chemical weapons attack, is the first time the US has targeted Syrian government forces. The real impact of this intervention is yet to be felt, but Russia’s initial response of suspending a “hotline” with the US that was designed to prevent clashes in the skies over Syria could be a warning of things to come.

The failure of the international community, including the US and Russia, to reach a political agreement and the apparent paralysis of the United Nations has contributed significantly to the gross human rights violations and serious breaches of international humanitarian law that have come to characterise this conflict. The human cost of this war, along with the huge reconstruction bill, will have serious repercussions lasting for generations.

And yet, even in this complex and frightening situation, some Syrian judges and lawyers continue to operate in order to bring a measure of continuity and stability to their communities. Sadly, in the exercise of their legal profession and for their continuous commitment to the rule of law, they are also regular targets of violent attacks. A grim reminder took place on 13 March 2017, when over 30 people were killed in a double bombing at the Palace of Justice in Damascus and a nearby restaurant. Despite all the risks other brave Syrian judges and lawyers continue providing legal assistance, travelling back and forth from Syria to Turkey, in an attempt to facilitate access to justice.

The International Legal Assistance Consortium (ILAC), of which the Law Society of England and Wales is a member, has been supporting fifteen documentation centres inside Syria that work to fill the vacuum caused after civil registries closed down following the withdrawal of the Syrian government. ILAC has reported that the breakdown in the justice system has inevitably resulted in inconsistencies in the application of the law and the implementation of justice across the country. A major challenge facing Syria in the future will be how to reinstate a unified system of justice capable of upholding the rule of law and due process. 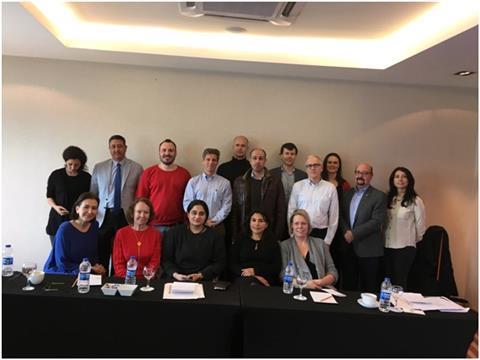 In November 2016 six experts from ILAC, which included the British judge and Law Society member Keith Raynor, conducted an assessment of the justice system in Syria and an American Bar Association (ABA) gender expert carried out a specific study of the status of women within the Syrian justice sector. This report, due to be launched in mid-2017, is expected to provide Syrian nationals, as well as international stakeholders, with recommendations on how to support the post-conflict rebuilding of key justice sector institutions. The report also provides more detailed recommendations focusing on what support can be provided right now while the conflict is still taking place. This is vital to ensure that Syrian judges, lawyers and civil society organisations have the essential tools to deal with the chaos left behind. The Law Society’s international team is working alongside ILAC and in March 2017 Lizzette Robleto de Howarth (International Programmes Manager) and Elspeth Macdonald (International Policy Adviser for Africa and the Middle East) attended a conference in Istanbul to discuss and agree on a capacity building project to support the Syrian legal profession. 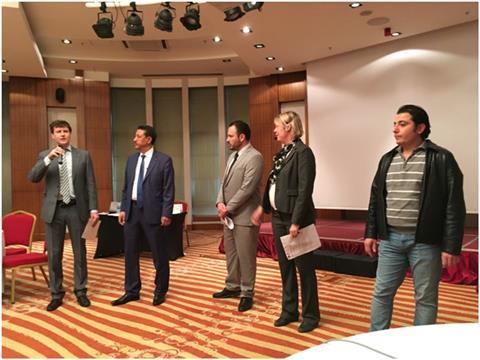 It is evident that the relevance of this international project merits all the attention and solidarity it can get, in the hope of making a positive medium to long-term contribution to those Syrian judges and lawyers, who have shown a strong commitment to the rule of law in such difficult circumstances, and the people they represent. Above all, Law Society members will not only be able to engage in facilitating the transfer of essential expertise, but also stand alongside and give much needed moral support to fellow lawyers who are facing exceptional odds.

2. “Between Prison and the Grave: Enforced Disappearances in Syria” (November 2015) https://www.amnesty.org.uk/files/embargoed_-_between_prison_and_the_grave_final.pdf