How to Practise in France

In February, the French Government issued Ordinance 2019-76  which grandfathers the rights of all UK LLPs already established in France at exit date and offers individual UK qualified lawyers a one-year grace period after exit date to give them time to make necessary arrangements to continue practise in France. This legislation was only applicable in a no-deal scenario which has so far been avoided. The UK has reached a withdrawal agreement, and new legislation may now be required. 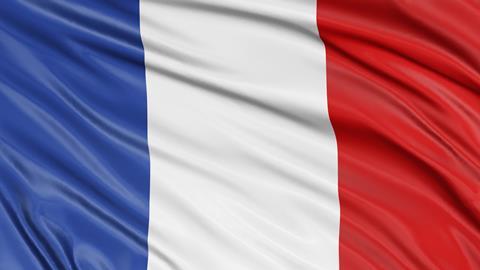 The French legal system is based on the civil law tradition. France has a monist civil code legal tradition with a Latin notarial system. This system was principally introduced under Napoleon following the French Revolution and it superimposed French canonical customary law that had, at heart, the principle of the absolute sovereign. France is ruled by a strict hierarchy of norms. Highest is the Constitution, followed by parliamentary statutes (les Lois) that also include a sub-hierarchy: institutional act (loi organique), ordinary act (loi ordinaire) and then ordinance (ordonnance). The executive power has right to enact regulations (règlements) which are called décrets (for Prime Minister and President of the Republic) and arrêtés (for the rest of the executive branch). It is internationally renowned for having produced the Napoleonic Code Civil which spread to other parts of Europe and the world.

The French profession of avocat stood at over 51,800 on 1 January 2010. Almost half of the profession practise in the Paris region.

Notaires (civil law notaries) play an important role to play in the French legal system for conveyancing, probate and related family matters. They numbered 9,132 on 1 may 2011.

Pursuing to Law n° 2011-331 of 28 March 2011 on the modernisation of French legal professions, the professional titles of  “Avoués” before the Courts of appeal and “Conseils juridiques” (legal counsellors) no longer exist. They are now practicing under the title of “avocats”.

Regulation lies with the 181 Barreaux (local bar associations). Registration is mandatory to be able to practice

The Paris Bar, with over 21,000 avocats, is by far the most influential bar association of all French bars . The 180 provincial bars have organised themselves into the representative Conférence des Bâtonniers to exert some influence on the evolution of the profession.

The Conseil National des Barreaux, created in 1990, is the overarching national body for all French bars and deals with the following functions:

Solicitors of England and Wales as well as European/EEA/Swiss lawyers may apply for registration as European lawyers. France implemented the Establishment Directive 98/5/EC. Establishment is permitted for EU, EEA and Swiss nationals who are qualified in these countries. It allows them to give advice in international law, the law of their home country as well as French law. Registration under this directive is with the Barreau of their intended place of establishment. A “dossier d’inscription” must be submitted along with relevant documents, and sent to the Barreau

Solicitors of England and Wales (and other EU, EEA and Swiss qualified lawyers) seeking to requalify in France can do so in two ways:

- Through Art. 10 of the Establishment Directive 98/5/EC, under conditions of nationality and after three years of regular and effective practice of French law in France. Applicants need to submit a “dossier d’assimilation” along with relevant documents (listed in the form) and send it to their Barreau of registration.

- Through the Diplomas Directive 89/48/EEC, now incorporated into the Recognition of Professional Qualifications Directive 2005/36/EC, by sitting the relevant equivalence examination administered by the Conseil National des Barreaux.

Other foreign lawyers can requalify in France, under conditions of reciprocity, by sitting the relevant equivalence examination administered by the Conseil National des Barreaux.

New possibilities have been introduced in France as regards law firms structures. The Law n° 2011-331 of 28 March 2011 on the modernisation of French legal professions allows for some extent of external ownership in the capital of law firms, and authorises, under certain circumstances, some forms of multidisciplinary practice.