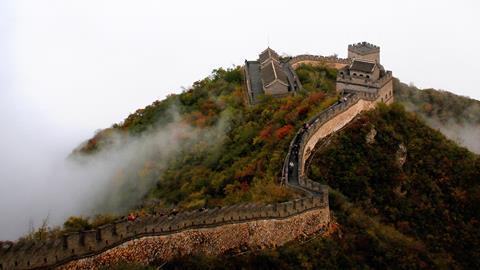 On 28 May, the Chinese top legislature, the National People’s Congress (NPC), finally promulgated the country’s first-ever Civil Code – after receiving in excess of 900,000 public comments during more than six years of deliberations.

The Civil Code will come into effect on 1 January 2021 but its history dates back to early 1954, when the National People’s Congress (NPC) commissioned the first draft.

A further abortive attempt was made after China’s adoption of the opening-up policy in 1979 followed by a change in direction and with statutes being used to address issues arising at different times for example: the guarantee law passed in 1995, contracts law in 1999, and property law in 2007.

The major intention of NPC’s codification efforts is to unify the fragmented legislation while catching up with the evolving societal and economic situations.

Impact on foreign businesses in China

One of the major developments under the Civil Code is the formal recognition of equal protection of state and private properties as a guiding principle.

In the event that private properties need to be expropriated for public interest such as pandemic control, compensations shall be made not only adequately, but also “promptly”, a word which is a new addition to the Civil Code.

There are also likely to be more protection of property rights afforded to foreign businesses.

Unlike other major civil codes in the world, the Chinese Civil Code does not contain a section on obligations, apart from part on contracts and that on tort liability.

Therefore, foreign businesses will be given more certainty in other sources of obligations. NPC has also introduced provisions related to pre-contracts and typical contracts, such as guarantee, factoring, property service and partnership contracts, while sales, loan, lease and passenger transportation contract provisions have been amended in light of emerging issues.

As such, more contract certainty will be available for foreign businesses.

Many foreign businesses use standard clauses nowadays, so the Civil Code has built in additional mechanisms to protect parties with weaker bargaining power.

Moreover, the doctrine of change of circumstances has been included in the Civil Code, which will provide the basis for solving disputes in the Covid-19 era and beyond.

E-contracts are also very common for foreign businesses, so in response, the Civil Code has introduced relevant provisions.

Furthermore, the final chapter of part on personality rights (i.e., the only part of the Civil Code without a corresponding standalone statute before the Civil Code) is dedicated to protecting the rights to privacy and personal information.

As such, foreign businesses will face more scrutiny in China when it comes to individuals’ privacy and personal information.

The creation of the Civil Code is widely viewed as a milestone of recent legislative development in China, which will impact nearly all foreign businesses, with subsidiary legislations to further clarify certain positions within it.

How the Chinese government will implement the Civil Code remains to be seen. And it is likely that China’s Supreme People’s Court will publish interpretations of the Civil Code soon.

The International Department works to provide an international voice of the legal profession of England and Wales. We produce materials and guides for our members about establishing and practising overseas, provide useful connections and networks, and run events such as business development missions to create opportunities for our members.