Our Business Development Mission to Tokyo 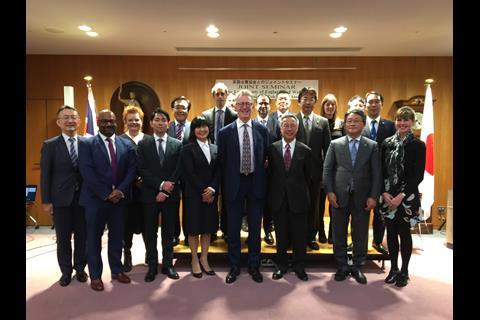 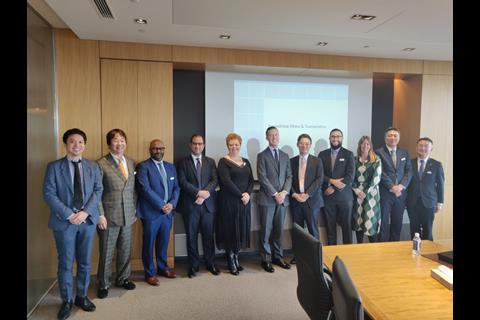 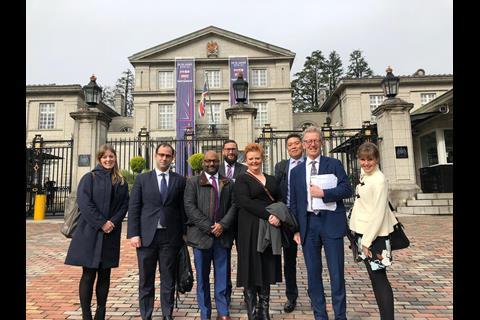 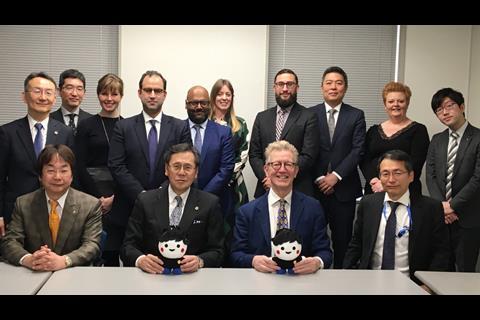 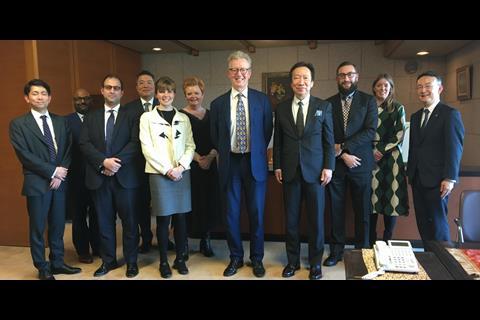 Together with the Dai Ichi Tokyo Bar Association, we gave our law firms the chance to gain a better understanding of the Japanese legal services market and provide an insight into the opportunities available during our two-day business development mission in February 2020.

The mission was an opportunity to help our members build business connections and understand the market, as well as to engage with the British Embassy in Tokyo, our members in the market and relevant stakeholders ahead of trade discussions between the Japan and the UK Governments. Read more about the programme, the insight and our members’ thoughts -

The mission programme included visits to the national regulatory body, the Japan Federation of Bar Association (JFBA) and the Tokyo and Japan Chambers of Commerce, where our members received an update on developments in the market. Delegates also joined a roundtable at the British Embassy in Tokyo with members operating in the market to discuss practice in Japan.

The delegation also met with law firms YUASA and HARA, one of the oldest and largest law firms in Japan; Nagashima, Ohno & Tsunematsu, a leading law firm and one of the foremost provider of international and commercial legal services in Japan; and Atsumi & Sakai, the first Japanese law firm to create a foreign law joint venture.

The delegation also had a private meeting with Justice Kohichi Kusano. Justice Kusano has been a Justice of the Supreme Court since February 2019 and has held various positions as lecturer and visiting professor at Universities in Tokyo, Kyoto and Harvard Law School.

As part of the joint programme, we held a seminar with the Dai Ichi Tokyo Bar Association to showcase the skills of our delegation and to discuss current issues facing lawyers in practice in Japan. The event was held with the Dai Ichi Tokyo Bar Association and co-hosted by Japan External Trade Organization (JETRO) and the Tokyo Chamber of Commerce. It was attended by over 50 Japanese lawyers. Members of our delegation and a member based in Tokyo spoke at the seminar on topics such as international arbitration, artificial intelligence and immigration law.

The mission has been described as a -

“Good opportunity to give us an understanding of the Japanese legal market and its main players.”

Japan is the high-tech powerhouse economy of Asia and the third largest economy in the world. It is considered a competitive and stable business market with an increasingly globalised outlook. Further, our members, the UK Government, and the Law Society of England & wales recognise that economic power is increasingly shifting East. Japan and the UK benefit from a strong relationship and we know that the future Japan-UK bilateral trading relationship is a priority for the UK Government.

Japan and the UK Governments have announced their decision to negotiate a new bilateral agreement with Japan. We understand these discussions will use the existing EU agreement as a base, looking for opportunities to enhance areas of mutual interest, with legal services one of the six priority areas in these discussions.

The Law Society of England & Wales will continue to work with its members and counterparts in Japan, including the JFBA and Dai Ichi Tokyo Bar Association, about how we can ease regulatory barriers across both our professions in light of these developments.

We also learnt that the proposed amendments to the Act on Special Measures concerning the Handling of Legal Services by Foreign Lawyers (Foreign Lawyers Act) is expected to pass the Diet later this year. These amendments will lessen overseas experience requirements for foreign registered lawyers, facilitate joint venture foreign firms opening subsequent branches, and encourage international arbitration in Japan.

The Fourteenth United Nations Congress on Crime Prevention and Criminal Justice will be held in Kyoto 20-27 April 2020. Read more online

Positive feedback has been received from our delegates -

We wish to thank the delegates for their contribution to our mission and our colleagues in Japan – in particular, the Dai Ichi Tokyo Bar Association – for their assistance in arranging this event. We look forward to receiving a reciprocal visit.

The International Department works to provide an international voice of the legal profession of England and Wales. We produce a number of materials and guides for our members seeking to establish in other markets, we connect them through our networks, and run events such as business development missions to create opportunities for our members. If you are interested in our work in Japan, please contact asia@lawsociety.org.uk