Service out of jurisdiction post-Brexit: a helpful change to court rules

Maura McIntosh looks at a significant change to the rules on when claimants need to seek court permission to serve proceedings out of jurisdiction after 31 December 2020. 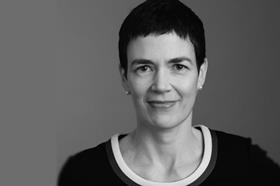 The amendment was proposed by the Lord Chancellor’s Advisory Committee on Private International Law, and also separately by the Law Society.

The new rule will remove an unnecessary procedural hurdle for ‘service out’ in cases where the parties have agreed that the English court should have jurisdiction to determine disputes that arise under a contract. It is therefore a welcome change. Information is, however, still awaited on the final wording of the rule and the timing of implementation.

Currently, proceedings can be served out of the jurisdiction without permission in:

Once the Brexit transition period ends, however, without a change to the service-out rules, ordinarily the court’s permission would be needed to serve proceedings out of the jurisdiction, unless there were an English jurisdiction clause falling within the HCCCA 2005 – in other words, an exclusive (not, for these purposes, non-exclusive or asymmetric) jurisdiction clause entered into on or after 1 October 2015.

(It is worth noting here that, while there is some uncertainty as to the date of application of the HCCCA 2005 to English jurisdiction clauses for the purposes of enforcing English judgments in EU member states post-Brexit, that is irrelevant to the question of service out. This is because legislation currently working its way through Parliament will provide that – for the purposes of the HCCCA 2005 as it has the force of law in the UK – the date of the Convention coming into force for the UK is 1 October 2015.)

Where the court’s permission to serve out is needed, a claimant must establish:

Of course, where there is a jurisdiction clause in favour of the English court, the court will normally give effect to that clause unless there are strong reasons to the contrary, and so permission to serve out is likely to be granted.

Nonetheless, the rule change is significant: an application for permission to serve out requires the claimant to spend time and money, not least because of the duty of “full and frank” disclosure which applies on a without-notice application (as this will invariably be). This duty requires the claimant to reveal any factors that might reasonably be thought to weigh against the application being granted, and therefore must be given careful consideration.

If the UK is able to re-accede to the Lugano Convention, a claimant will not need the court’s permission to serve out if the claims fall within Lugano and proceedings are started after the re-accession takes effect (which is unlikely to be immediately after the end of the transition period). However, unlike the recast Brussels Regulation, Lugano does not apply to a jurisdiction clause in favour of a contracting state unless the contract has at least one party domiciled in a contracting state. Therefore there will be cases where there is a jurisdiction clause in favour of the English court, but which fall outside both the Lugano Convention and the HCCCA 2005. The new rule will be helpful to claimants in such cases.