Claims management companies beware: the regulators are fighting back

Rachel Couter looks at recent penalties given to claims management companies (CMCs) in order to improve standards in the industry. 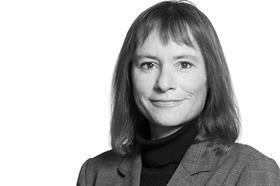 CMCs can play an important role in helping to secure compensation for customers of financial institutions who have behaved inappropriately – for example, by misselling financial products. This is particularly so for those who otherwise might not make a claim.

However, not all players in the market are beyond reproach and numerous financial institutions have found themselves facing onslaughts of claims that have not properly been brought by the relevant CMC. Examples include CMCs bringing:

The assumed rationale for such behaviour by certain CMCs is the hope that, given the perceived “deep pockets” of their targets, the relevant financial institutions will quickly make offers to settle the claims, to avoid the disruption and expense of investigating and, subsequently, dealing with them, from which the CMCs can make their money.

CMCs have always been subject to rules and regulations. They were previously within the jurisdiction of the Ministry of Justice (MoJ) (unless they were also solicitors and, therefore, were regulated by the Solicitors Regulation Authority (SRA)). However, as from April 2019, responsibility for the regulation of CMCs has passed to the Financial Conduct Authority (FCA) (although solicitors’ firms remain with the SRA). That move has been welcomed by the financial services industry, which has eagerly waited to see if the FCA will take a more stringent approach to some of the poor behaviour they have been subject to but unable to do anything about.

Two recent developments have shown that the regulators are fully prepared to hold CMCs’ feet to the fire and bring formal action (in this case, action that was started by the MoJ under the previous regulatory regime and taken over by the FCA) against those found wanting, in order to improve standards in the industry.

The MoJ found Professional Personal Claims (PPC), in effect, to have behaved inappropriately:

• by operating websites and printed materials that led some consumers to believe that they were submitting claims for payment protection insurance (PPI) redress directly and without charge to five of the major banks, rather than engaging PPC as a CMC to pursue claims for redress on their behalf in return for payment of success fees; and

• in submitting claims for PPI redress using very similar or identical factual allegations for different clients, rather than accurate, fully formed and detailed complaints relating to the specific customers.

In its Final Notice on 17 November 2019, the FCA upheld the financial penalty of £70,000 that had been imposed by the MoJ before the FCA took over responsibility.

The MoJ found Hall and Hanley Limited (HH) to have:

In its decision on 27 November 2019, the First-Tier Tribunal (and, subsequently, the FCA) upheld the financial penalty of £91,000 that had been imposed by the MoJ before the FCA took over responsibility for CMC regulation.

Taken together, the PPC Final Notice and HH First Tier Tribunal decision / Final Notice (on 21 January 2020) should send a clear message to the CMC industry that the professional standards that apply to them are real and will be enforced if not met.

The decisions themselves focused on the methods by which potential claims were obtained, which will be of less interest to financial institutions; the same potential claims could easily have been obtained by more legitimate means. What is likely to be of more interest to the financial institution targets are the findings of breach in relation to the making of mass identical claims, rather than fully formed, detailed and specific complaints based on the particular facts and circumstances of the particular customers, and the forging of signatures on letters of authority for customers.

In the former, the then applicable rule required CMCs, when presenting a claim, to make representations that substantiate the basis of the claim, relate to the nature of the claim and are specific to the claim. The current rule is similar, but has been bolstered by an additional requirement that CMCs do not make claims if the CMC knows or has reasonable grounds to suspect that they do not have a good arguable basis or are frivolous or vexatious. The FCA’s (and MoJ’s) enforcement of the rule – and the additional protection against frivolous or vexatious claims – should help financial institutions to fend off mass claims by CMCs where the claims (if potentially valid) should be dependent on the particular customers’ individual facts and circumstances.

In respect of the forging of signatures on letters of authority for customers, the First Tier Tribunal was unpersuaded by an argument that, as the relevant customers had in fact authorised HH, there was no benefit to HH or detriment to the financial institution from the forging of the signatures. The First Tier Tribunal considered that the importance of financial institutions being able to rely upon the authenticity of the documents that they are asked to act upon is fundamental to the integrity of the financial system. We can only imagine how serious the First Tier Tribunal would have considered the forging of signatures (which is very easy to do in the current world of online signing) on letters of authority for customers who had (as some of our clients have experienced) not authorised the CMC at all.

It remains to be seen whether the FCA will take a similar approach to the MoJ in enforcement in this area – and whether the SRA will follow suit in respect of behaviours of CMCs who, by dint of being lawyers, happen to remain regulated by the SRA, rather than the FCA. We assume (and hope) we can expect more of the same.

This article was first published on Osborne Clarke’s website on 3 February 2020, and is reproduced with kind permission.