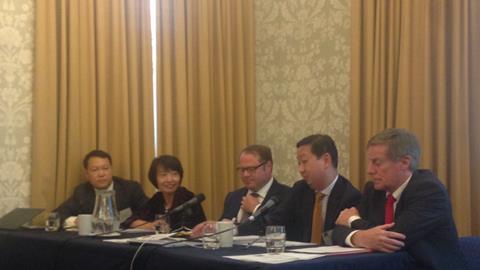 The UK is the second largest EU investor into China and Chinese investors prefer the UK over every other major European destination. The sheer size of China’s economy and its role in global trade and foreign investment mean that English and Welsh solicitors are already doing lots of legal business with China.

China’s foremost legal markets are Beijing and Shanghai, which are first tier cities due to their very large populations, relative wealth and high levels of development. However, Chinese companies from wealthier second tier cities are increasingly looking for overseas investments as part of the Belt and Road Initiative.

On 5 September 2017, the Law Society hosted a delegation of 15 Chinese lawyers mainly from second tier cities who were scoping business opportunities in London. We held a panel discussion on Doing Legal Business between the UK and China to introduce members to the current situation, trends and practicalities of cross-border legal work with China. Over 50 members participated in the discussion, with speakers from Chinese and English law firms including Ashurst, Michelmores, DeHeng, Llinks and The Legal Director. The panel discussion was followed by a reception where members networked with lawyers from Chinese second tier cities.

Following this successful event, we will develop a project to help members access new second tier city markets. If you are interested in expanding your business to China’s second tier cities and would like to take part in a survey, email the Asia team at asia@lawsociety.org.uk

Refer to the attached flyer for more information on our work in Chinese second tier cities, including the cities our delegates work in, and China generally.