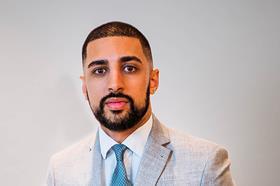 Lexlaw has significant experience in assessing the enforceability of contingency fee agreements. We provide advice to other law firms on costs matters and a second opinion on amending existing retainers; we deal with challenges to DBAs and draft bespoke retainers.

The Court of Appeal ruling in Shaista Zuberi v Lexlaw Limited [2021] EWCA Civ 16 unanimously upheld the validity of a DBA which contained a clause allowing the firm to charge hourly rates for the work carried out in the event of termination.

Litigation was brought by Lexlaw against a former client, Shaista Zuberi, in respect of unpaid legal fees pursuant to a DBA made in April 2014. The client sought to terminate the DBA with Lexlaw, after extensive work had been carried out and after a significant financial benefit of over £1 million had been obtained, achieved by Lexlaw.

The client alleged that the DBA with Lexlaw was unenforceable under section 58AA of the Courts and Legal Services Act 1990; and contravened the Damages-Based Agreement Regulations 2013, because it included an obligation on the client to pay legal costs and expenses to Lexlaw on its hourly rates in the event of termination. Thus, the client argued that Lexlaw was not entitled to any payment whatsoever.

The key issue was that the DBA Regulations 2013 were poorly drafted. As a result, there was considerable uncertainty among the legal profession as to whether a termination clause triggering payment in the event of termination would be unlawful and/or would render the whole agreement unenforceable.

There has been fear amongst practitioners that, should a savvy client terminate a DBA on the eve of successful litigation or settlement, the lawyer could end up not being paid anything for months or years of work. This uncertainty meant that many solicitors would not risk entering into DBAs, and therefore clients would either be unable to pursue a claim or would have to look at alternative funding to pursue an otherwise good case.

The need for judicial clarity was of such importance that the Bar Council intervened in support of Lexlaw’s claim.

Practical takeaways from the ruling

Solicitors should urgently review their existing DBAs and retainers with clients. We have compiled a short checklist to assist, as follows.

Lexlaw has significant experience in assessing the enforceability of any contingency fee agreements. We also provide advice to other law firms on any costs matters and deal with challenges brought to DBAs; provide a second opinion on amending existing retainers and draft bespoke retainers providing practioners with the peace of mind that they will be permitted to charge fees in the event of termination. We can also provide independent legal advice in relation to any amendment to any existing and/or prospective retainer.

What is Lexlaw doing for clients in light of the ruling?

The ruling provides certainty to the legal profession on one of the key issues preventing the wider use of DBAs. The judgment paves the way for DBAs to flourish and enhance access to justice as originally intended.

Given the economic impact of the coronavirus pandemic (COVID-19), Lexlaw has decided to offer DBAs to small businesses with business interruption insurance that have suffered losses arising from COVID-19 and national lockdown measures. The majority of these small businesses cannot afford legal fees to pursue claims against insurers who are refusing claims.