Funding switch cases – the retrospective sting in the tail

Tom Jenkinson from Bolt Burdon Kemp recaps the recent funding switch decision in XDE v North Middlesex University Hospital Trust [2019] EWHC 1482 (QB), as well as the pressures on legal aid funding and what firms can do to help justify a funding switch. 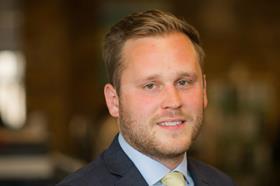 The original claim concerned a delayed diagnosis and treatment of tuberculous meningitis in May 2001. The claimant, then aged 22, was a patient at North Middlesex Hospital, having just given birth to her second child. She is now aged 40, is blind in both eyes and has right-sided weakness with little use of her right arm. She is also cognitively impaired and suffers from fits and headaches. After a lengthy, contested dispute on liability, concluding in July 2016, the quantum stage of the proceedings settled for approximately £10.5 million. The claimant acts through her husband and litigation friend, and Bolt Burdon Kemp (BBK) are their legal representatives.

The preliminary issue of liability was subject to a forthwith costs order enabling the claimant to commence detailed assessment proceedings immediately. The liability costs claim was itself subject to a preliminary issue regarding the change in the claimant’s funding from legal aid to a conditional fee agreement (CFA) and after the event (ATE) insurance. This issue was decided at first instance before Master Rowley in the Senior Courts Costs Office in May 2018 (XDE v North Middlesex University Hospital Trust [2018] EWHC B22).

Despite the Surrey appeals concerning a mere three cases, they are a game-changer

The CFA and ATE insurance provided for additional liabilities recoverable from the defendant (in the event of success) in the form of a 100% success fee and an insurance premium. Master Rowley decided that these funding arrangements had not been entered into reasonably and the additional liabilities were therefore not recoverable. The claimant appealed, but this was dismissed by Mr Justice Jay in the High Court in June 2019 (XDE v North Middlesex University Hospital Trust [2019] EWHC 1482 (QB)), prompting a further application to the Court of Appeal with permission to appeal being granted at the end of September 2019 .

The dispute over whether additional liabilities can be recovered has centred on BBK’s letters to the claimant and the Legal Services Commission (LSC) in May 2012, during the build-up to the change in funding. In essence, both Master Rowley and Mr Justice Jay decided that both the firm’s advice (to the client on the dwindling legal aid reserves) and its requests for the LSC to approve a funding increase were too late. A fait accompli had occurred. It is worthy of note that Master Rowley and Mr Justice Jay do not doubt that the firm had the client’s best interests in mind.

The impact of Surrey on disclosing advice

The thorn in the claimant’s side throughout the costs proceedings, has been the Court of Appeal decision in Surrey v Barnet & Chase Farm Hospitals [2018] EWCA Civ 451. This decision concerned three cases where voluntary funding switches were deemed unreasonable so the additional liabilities were irrecoverable.

These decisions have been made against a backdrop of increasing restrictions on the legal aid budget over the past two decades. Where the legal aid budget now only provides funding for clinical negligence claims in the most limited circumstances. CFAs have enabled a large portion of society to access justice, people who might not be able to afford it otherwise. The funding restrictions mean that claimant PI law firms will not be paid until the case is concluded successfully – despite having to cover overhead costs for their staff, office and resources, win or lose. Naturally, the 100% inter partes success fees on pre-LASPO cases compensated for this delay. Post-Surrey, however, these fees have been lost on high-value cases such as XDE, and so the Surrey appeals have been detrimental financially to the entire claimant PI sector.

The law firm’s advice in the Surrey appeals was held to be misleading partly because it failed to advise on the prospect of a 10% uplift on general damages if the client entered into a post-LASPO CFA. This prescribed uplift was decided by the Court of Appeal in Simmons v Castle [2012] EWCA Civ 1288, in an effort (in part) to compensate for the irrecoverable ATE premium.

Despite the Surrey appeals concerning a mere three cases, they are a game-changer. Firms are now almost always required to disclose their confidential advice to clients regarding funding, waiving privilege in the process.

In AB v Mid Cheshire Hospitals, the switch in funding was justified because of the “freedom” CFA funding brought

Another implication is that the courts are now focused on clients’ subjective reasons for entering a funding arrangement, normally by considering the advice they received as opposed the objective reasons that one might have to enter a particular funding arrangement at a particular time. This rationale does not sit well with another Court of Appeal case, Sarwar v Alam [2001] EWCA Civ 1401, where a lack of proper advice on funding did not militate against recovery of additional liabilities. Another example of discord is Peters v East Midlands Strategic Health Authority [2009] EWCA Civ 145, where the claimant was entitled to claim the costs of private medical treatment (rather than public) even though this greatly increased the damages to be paid. Funding switch cases, such as XDE, seem to rely on the notion that legal aid must be used if available so as to lessen the wrongdoer’s liability for costs.

The Surrey appeals have given the NHS and its legal representatives a significant advantage on funding switch cases. However, there may have been a recent shift in thinking in Mr Justice Dingemans’ High Court decision in AB v Mid Cheshire Hospitals [2019] EWHC 1889 (QB). It was successfully argued that the switch in funding was justified because of the “freedom” CFA funding brought and the benefits of being “free of the shackles of the Legal Services Commission”. Interestingly, the claimant’s solicitors failed to advise on Simmons v Castle which was a serious flaw in the Surrey appeals (see paragraph 33 of Mr Justice Jay’s judgment in XDE). The NHS has not appealed, notwithstanding said flaw. One could easily picture an appeal being made on the grounds that the failure to advise on the Simmons uplift was fatal to the recovery of additional liabilities, as per Surrey.

One can only speculate on the NHS’ reasons for not appealing this decision, but to some practitioners it appears reluctant to undo Surrey. The NHS may have lost the battle on AB but is still undoubtedly winning the war on funding switch cases.

The AB decision does bring the decisions of Master Rowley and Mr Justice Jay in XDE into sharper focus. In particular, Master Rowley rejected the witness statement of Suzanne Trask, partner at BBK and a highly experienced clinical negligence practitioner. Her witness statement opined on the restrictive nature of legal aid funding and ultimately the unrealistic prospect of funding an XDE-type claim to conclusion: “In my experience, it is rare for the LSC to offer enough funding to be able to investigate a complex disputed clinical negligence claim to a successful conclusion.”

On similarly anecdotal evidence, Master Rowley rejected this notion at paragraph 87: “Whilst it may be Ms Trask’s experience that defended cases cannot be run on legal aid, it is the experience of this court that legally aided bills in substantial matters of clinical negligence are assessed on a regular basis.”

Mr Justice Jay has not expressly tackled the discourse between Master Rowley and Suzanne Trask. He mentions it a number of times in his judgment but no conclusion is drawn. Ultimately he falls back on the rationale that the firm signed up to the LSC contract and therefore should not complain of its constraints in practice. “I cannot accept [the claimant’s barrister] Mr Williams’ submission that BBK were not beholden to the LSC and its rulebook. By accepting a contract on this express basis, BBK clearly was – although I would prefer terminology such as ‘bound by’ rather than beholden.”

It remains to be seen whether the case of AB will have any impact when XDE is heard by the Court of Appeal, in particular the “shackles” of legal aid and its supposed restrictive nature will come under the spotlight.

Naturally we are at the tail-end of cases involving pre-LASPO CFAs and ATE, and therefore the Surrey appeals will become otiose in five years or so.

However, as far as learning points go, solicitors must advise their clients on funding with prudence – and document such advice well. Pre-LASPO, for instance, a solicitor may have given sound advice over the phone on the merits of entering into a CFA and ATE with recoverable additional liabilities, but unfortunately failed to prepare an accurate attendance note.

Law firms facing the prospect of justifying a pre-LASPO switch from legal aid to a CFA should carefully consider disclosing the relevant letters and attendance notes in respect of funding. But, in many respects the reasonableness of the switch (and therefore the recovery of additional liabilities) is already predetermined and will fall on the facts of the quality of the contemporaneous advice. It would be sensible to instruct eminent counsel to argue these points, especially given the recent discord with AB and related case law on funding switches.

In the aforementioned cases, the witness evidence of the conducting solicitors has played a significant role. The evidence in AB was useful indeed, whereas in the Surrey appeals it perhaps worsened the position. In AH, for instance, (the second case in Surrey) the solicitor said in her first witness statement that there was a risk that the LSC funding might not cover the costs of future legal work, and the claimant might have to make up the shortfall. Lord Justice Lewison felt that this amounted to a suggestion of illegal “topping up”. He said: “As in Surrey, it appears that the client was being advised of a substantial financial risk that was, in reality, non-existent. This was also seriously misleading advice.” Although AH’s barrister tried to explain away the references to “topping up” as muddled expression, the judge said that “I do not think that there is any getting away from the impression that that advice must have made on the client in each case.”

The case law is currently and quite substantially in favour of defendants. The claimant PI sector continues to be hit with unfavourable decisions. Now is the time for those affected by the current trajectory of costs decisions to take a stand to show how many clients are affected by these decisions, and how many complex, serious cases might not have been litigated properly had they remained funded by legal aid.

Practitioners need to come together to shout about the injustices which would have occurred without firms stepping in to take on the risk of funding these long-lasting, serious injury cases. We need to provide evidence to help the judiciary see how justice has been delivered for deserving clients, instead of penalising good firms for putting their clients’ best interests first.