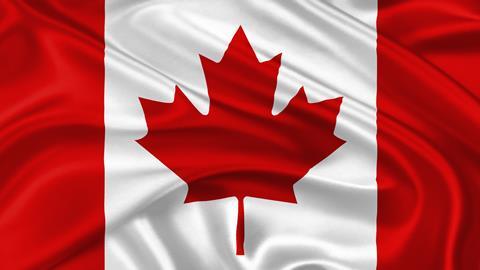 How to practise in Canada

The Canadian legal system has its foundation in the British common law system. Quebec, however, still retains a civil system for issues of private law. Both legal systems are subject to the Constitution of Canada, from which all laws formally derive their power.

The legal profession is regulated at both national and provincial level in Canada. Each province has a law society whose main function is regulation, although many carry out a range of representational functions. Membership of the provincial law society is mandatory in order to practice in that province.

These law societies belong to an umbrella organisation, the Federation of Law Societies of Canada (FLSC), which deals with federal level issues such as mobility of lawyers between states.

The Canadian Bar Association (CBA) is the national representative body and has a similar federal structure to the FLSC with branches in each province and territory. The CBA is a voluntary organisation which represents some 37,000 lawyers, judges, notaries, law teachers and law students from across Canada. The CBA lists its branches across Canada online.

Each province and territory regulates lawyers within its boundaries. This includes determining rules for admission, both for those not yet called in any jurisdiction and those who are lawyers elsewhere and seeking to transfer to a Canadian jurisdiction.

Admission requirements for foreign lawyers are complex, but they all operate within the same basic framework with a two stage process for lawyers that wish to requalify in one of the common law provinces or territories. Firstly, application to the National Committee on Accreditation for an NCA Certificate; secondly, application to the law society in the province or territory in which they wish to become admitted.

Note: the Quebec bar and Chambre des notaires have their own rules for lawyers qualified in foreign jurisdictions, including a French language proficiency examination.

The National Committee on Accreditation (NCA) evaluates the credentials of lawyers qualified in foreign jurisdictions who wish to become a member of the bar in Canada. It evaluates the applicant’s legal training and professional experience to determine the scope and extent of any further legal education the applicant must complete to equal the Canadian common law LL.B degree. The NCA standard is applied nationally, so that each jurisdiction, except Quebec, accepts the NCA evaluation when assessing candidates for admission to its bar.

The scope of the requirement that each applicant must complete depends upon a number of factors including: the source country of legal education (common law, civil, hybrid); the subject matter studied; marks and standing; the nature of the degree granting institution; professional qualifications and the length and nature of professional legal experience. Based on the evaluation of these factors an applicant will be advised that he or she must pass examinations in specified areas of Canadian law; take further specified courses in a Canadian law school; or complete a Canadian LL.B. programme.

As an example, applicants from England and Wales can expect to be required to take 30-60 credit hours in a Canadian law school if they have obtained a second division standing or better in a 3 year honours programme as an undergraduate degree. The higher the academic standing and the greater the legal experience the less exacting the requirements become, such that in certain cases the applicant is required to write examinations only. Detailed information about the NCA process and evaluation is available on the FLSC website.

The NCA will issue a certificate to applicants who successfully complete the recommended course of study and examinations. This states that the NCA considers that person to have the education and training equivalent to a graduate of an approved Canadian law school.

The NCA Certificate of Qualification allows an applicant to proceed to a Bar Admission Course (BAC) on the same footing as a graduate of a Canadian common law school. It does not, in and of itself, shorten the applicant’s BAC requirement. Whilst each province has its own rules for entrance into the BAC and for admission to the bar, all BACs in Canada consist of a combination of articling (apprenticeship in a law office for a specified period ranging from 9-12 months), courses that address legal skills, substantive law, or both, and examinations. Foreign lawyers may be exempt from certain parts of the BAC depending on the provinical rules, check with the relevant law society: Alberta, British Columbia, Manitoba, New Brunswick, Newfoundland and Labrador, Northwest Territories, Nova Scotia, Nunavut, Ontario, Prince Edward Island, Quebec, Quebec (notaries), Saskatchewan, Yukon.

Solicitors who require a certificate of good standing to confirm date of admission and disciplinary records as part of their application should contact the Solicitors Regulation Authority.