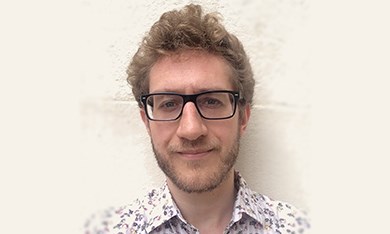 Avid Lawyer 28 readers will be well aware of the SRA’s plans to radically alter the process of qualifying as a solicitor via the introduction of the Solicitors Qualifying Examination (SQE).

For those less familiar with the topic, it can be summarised as follows: whereas the current formula for qualification can crudely be expressed as ‘LLB/GDL + LPC + training contract = solicitor’ (with equivalent means / CILEx / apprenticeships offering other routes), the SRA plans to change this by introducing a two-part standardised examination. Successfully completing this plus a two-year period of ‘qualifying work experience’ (not to be confused with a training contract) would lead to qualification.

There is much to welcome about elements of this idea. There is a wide spectrum of quality in the legal education market, with myriad providers offering their own assessments. Conceptually speaking, a standardised examination makes sense.

However, the devil is in the detail and many observers have found much to question in the SRA’s broader plans – from the sole use of multiple choice questions (MCQs) to assess legal knowledge (ie no essays required) to the proposal that in some cases a newly qualified solicitor who has never met an applicant would merely have to confirm that the individual has ‘had the opportunity’ to gain legal skills in order to sign them off. In short, SQE carries a real risk of diluting standards rather than raising them.

The clamour recently caught the attention of the Justice Select Committee, who wrote to the Legal Services Board (LSB) – who have the final say over SQE – in March 2018, asking them to pause their decision in light of the concerns raised. The LSB decided not to delay and approved the lion’s share of the SRA’s proposals shortly afterwards (with the caveat that final approval is still forthcoming).

Caveats notwithstanding, it seems that ‘to SQE or not to SQE’ is (probably) no longer the question, and we can expect the new system to be introduced from approximately 2020 (although conventional routes will remain until 2031). Attention must now shift to the impact of the changes, which leads us to the concept of a null hypothesis.

In short, a null hypothesis is a statement provided by someone conducting an experiment in which they acknowledge what results will disprove the proposition that they are trying to establish. So, if I were to suggest that a potion would make someone grow taller, then the null hypothesis would be that they stay the same height (or shrink).

The SRA has certainly made some bold claims about the benefits of SQE, and two require particular scrutiny:

The SRA’s argument is broadly that a computer-based MCQ system of assessment for the legal knowledge element of SQE, economies of scale, and competitive pressures resulting from the publication of each educational provider’s results, should lead to a reduction in costs.

However, they acknowledge that this is ultimately subject to the whim of the market. As such, a reasonable null hypothesis would be that the costs of qualification via SQE will be the same as (or more expensive than) the routes it replaces.

Even if SQE did indeed make qualification cheaper, this would beg the question of whether the quality of solicitors has remained the same (or improved).

rationale for change. They themselves have noted that is difficult to draw causal inferences between qualification methods and these statistics, but if they are prepared to use them as justification then it seems equally reasonable to use them as measures to judge the effectiveness of SQE. Accordingly, an appropriate null hypothesis would be that these figures will stay the same, or even increase.

From SQE to Plan B?

If one (or both) of the above null hypotheses comes to pass, then it is to be hoped that the SRA would reconsider SQE and adopt a ‘Plan B’.

What could this look like? While accepting that the current system certainly isn’t perfect, it is combined with a centrally set curriculum and examinations (assessing legal knowledge more thoroughly than just via MCQs). A new system could improve consistency and provide information about the quality of different educational providers.

This would bring benefits while avoiding the risk of diluting quality (which critics believe are inherent in the proposed shift to MCQs and to non-structured experience replacing formal training contracts).

If the SRA is wedded to SQE as Plan A then the least it can do to reassure its critics is to set out its own null hypothesis and have a Plan B; this seems like a sensible one.

Greg Smith is a member of the Junior Lawyers Division executive committee.

This article was first published by Lawyer2b  on 2 July 2018 and is reproduced by kind permission.