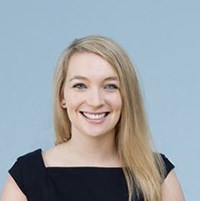 It may seem like “imposter syndrome” is the latest buzz-phrase, but 83% of junior lawyers said, in a recent poll by the Junior Lawyers Division, that they currently or have in the past suffered from imposter syndrome.

This is defined as a psychological phenomenon resulting in persistent feelings of inadequacy and feeling like a ‘fraud’ despite external proof of success or competence.

People who experience imposter syndrome put a large amount of pressure on themselves not to fail, raising their own standards impossibly high.

Sufferers often feel like they are only in the position they are because they ‘lucked out’, or that someone else made a mistake, intensifying the ‘fraudulent’ feelings.

Alternatively, success might be downplayed because they feel like they had support from others or that it was an easy task, and so it was down to luck again.

I first heard of the phrase when reading an article reporting that imposter syndrome is rife in the legal profession, particularly among females and those from a black and ethnic minority background.

Despite not previously knowing the name for the feeling, it was as though the article was written about me personally! It was something I had felt since my A-Levels.

I achieved very good GCSE marks, yet often felt that perhaps I had been given someone else’s envelope and that I was going to be ‘found out’. This continued throughout university and even once I got my training contract. The feeling has not gone away, but I have learned coping mechanisms.

The good news is if you too feel like this, you are most certainly not alone and there are many ways to help overcome feeling like a fraud. Here are a few tips that I have found helpful:

Whenever you say out loud “I’m feeling like an imposter today”, it will help you recognise the situations in which you feel that way and will give you an awareness of the areas in which you need to focus your efforts to change.

Talk about your feelings

In my discussions with friends and colleagues, many people have admitted feeling the same way! You may, however, decide that you would like to speak to a professional who can talk these feelings through with you.

See failure in a different light

Try and frame failure as a way of learning and use the lesson constructively in the future. Remind yourself that being wrong in a certain situation does not mean that you are a fraud.

Everybody makes mistakes but learn to move on from them and not obsess over them.

It may seem self-indulgent but on days when you are feeling like a fraud, reading this will help remind you about the positive feedback you have been given on your successes. It will help you see that you do deserve to be in the position you are; it was not a fluke, and you are not a fraud.

Make manageable to-do lists and stick to them

Imposter syndrome sufferers often procrastinate and put off tasks they are worried about doing, meaning that they are then under greater pressure to do them.

Try to structure your to-do lists in manageable chunks which will help give you the feeling of ‘small wins’ whenever you’re able to cross something off.

Be kind to yourself!

You might have been aware that you suffer from imposter syndrome for a while, or it might be a new phenomenon to you.

While you can make changes to the way you think and react to certain scenarios, this will take time and not happen overnight. Being kind to yourself is therefore important.

I have found that having a ‘name’ for these feelings has been really freeing and has helped me understand some aspects of my own personality.

I have discovered that many of my friends and colleagues both in law and other disciplines feel the same way but have also not known there is a ‘name’ for it and have therefore felt very alone.

Baroness Hale herself said in a 2014 episode of the Face Your Fears podcast that her greatest fear was being “found out”. If she can overcome it to be president of the Supreme Court, you too can overcome it!

Mollie Ferguson is a solicitor at Thomson Snell & Passmore. She is an executive committee member of the Junior Lawyers Division.

This article was first published on 4 November 2019 by the Lawyer and is reproduced by kind permission.