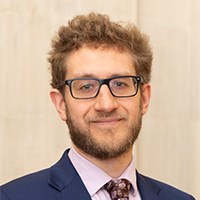 Greg Smith turns the tables on the SRA and applies the regulator’s principles to its own behaviour towards the profession.

The introduction of the new principles, the “fundamental tenets of ethical behaviour”, has provoked a thought experiment: can they be applied to the SRA’s own behaviour?

Principle 2 requires solicitors to act in a way that upholds the constitutional principle of the rule of law and the proper administration of justice. The SRA has pushed forward with plans changing how solicitors qualify and the Solicitors Qualifying Examination (SQE) is to be introduced in 2021.

Although some aspects of the new format are welcome, significant concerns remain, for example, the removal of the requirement to substantively study academic law, the assessment of legal knowledge by multiple-choice question (MCQ) examinations, training requiring only ‘the opportunity’ to develop the necessary competencies, and who can sign off a trainee as having had such opportunities.

These mean a significant risk of a decline in the standard of assessment and experience necessary to qualify as a solicitor, ultimately risking damage to the public’s trust and confidence in the profession in clear contrast to the spirit of principle 2.

Principle 6 requires solicitors to act in a way that encourages equality, diversity and inclusion. The SQE poses particular problems. It’s well-known that people with certain disabilities can be disadvantaged by an MCQ format. A recent SQE pilot has not lessened concerns as not enough candidates with disabilities were recruited to assess how the new format might affect them and how it could be improved.

Furthermore, the results of the pilot showed black, Asian and minority ethnic (BAME) candidates performed disproportionately worse, especially in relation to a written skills paper. The SRA is now considering whether the skills element should be removed from part one of the SQE, but it is questionable whether this is just kicking the can down the road given the second part of the SQE is heavily skills-based.

Despite training contracts becoming unnecessary following SQE, some firms have indicated they will retain a training contract system, which will include material ‘lost’ from the Legal Practice Couse (LPC). This will lead to a two-tier system exacerbating existing inequalities.

Currently, students can obtain funding for the law degree and, in certain cases, the LPC. It’s not clear whether the existing educational loan framework will apply to SQE, so those from lower socio-economic backgrounds may not be able to undertake these exams/fund preparatory courses for the exams.

I propose a principle for the SRA – that it must act in a way which upholds the profession’s trust and confidence in the SRA.

The medical profession’s faith in its regulator, the General Medical Council (GMC), was heavily shaken following regulatory proceedings against Dr Bawa-Garba (a trainee doctor who, against a backdrop of serious system failings, made errors leading to a child’s death). The GMC insisted she be struck off the medical register and an independent review found the relationship between doctors and the GMC had been severely damaged as a result.

There are sad parallels between the GMC’s behaviour in that case and the SRA’s attitude towards solicitors in recent disciplinary cases. For example, in 2017 the Solicitors Disciplinary Tribunal found that Sovani James had committed acts of dishonesty while working in an environment so toxic she felt terrified and cried at work. The SDT was confident she had shown insight and was on the way to rehabilitation, but the SRA successfully appealed to strike her from the roll.

The SRA’s approach has not been well received. Should the SRA itself adopt a principle to act in a way which upholds the legal profession’s trust and confidence in itself as regulator? These issues are genuine and grave. Regulator, govern thyself.

Greg Smith is a member of the JLD’s executive committee and a solicitor at Hempsons.

A version of this article was first published on 4 January 2020 by the Solicitors Journal and is reproduced by kind permission.