As a female junior solicitor, it is strange to think that 2019 will mark 100 years since women were first allowed to practice law, by the introduction of the Sex Disqualification (Removal) Act 1919. 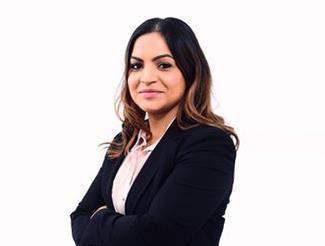 Just six years before that, in the famous case of Bebb v The Law Society [1914] 1 Ch 286, the Court of Appeal held that women were not ‘persons’ within the meaning of the Solicitors Act 1843.

Against that background it is easy to see that the profession has come a very long way.

A survey carried out by the Law Society in 2017 found that for the first time there were more women in the profession than men, with women making up 50.1% of those holding practising certificates in private practice. It was described as a ‘historic shift’.

The Solicitors Regulation Authority’s (SRA) diversity survey found that women made up 61.6% of all new admissions to the roll in 2016/2017, which means that there are currently more female junior solicitors than male.

Yet the survey also found that women only make up 33% of partners. It therefore seems apparent that female solicitors are not well represented at the more senior end of the profession.

While women have continued to enter the profession in the thousands following in the footsteps of Carrie Morrison, we must ask the question - what is still preventing them reaching the top some 100 years later?

The Junior Lawyers Division has been keen to stress the message that ‘junior’ lawyer is not synonymous with ‘young’ lawyer.

This supports the fact that until recent years the choice between a career and a family has been a linear one, particularly for women.

It was not until 2003 that paid paternity leave was introduced in the UK but that too was restricted to only two weeks.

This inevitably means that women, who are still predominantly the primary carer for children, take time out of work during the formative years of their career if a couple want to have a family.

In a profession where it remains quite common for one’s achievements to be measured against the hours of chargeable time, this poses an unavoidable barrier to progression.

In 2015, shared parental leave was introduced in the UK which has meant that both parents can share leave and pay to care for their newborn child.

The choice is no longer linear, yet the Department of Business Energy and Industrial Strategy estimates that the take up of Shared Parental Leave amongst those eligible is a mere 2%.

That is perhaps not unexpected where society’s perceptions and expectations that women tend to be primary carers for children have been ingrained for centuries.

But as the junior end of the profession we can start taking some responsibility for demanding change for our future.

If it becomes the norm for male solicitors to seek parental leave in the same way that it is seen as normal for a female solicitor to take maternity leave, in years to come we might see the start of another shift; a shift that sees the current generation of ambitious female junior solicitors able to progress their careers and enter senior roles in similar numbers as their male counterparts, irrespective of their decisions about having families.

This is by no means a simple answer to a complex question and the debate will no doubt continue both within the profession and beyond.

Manda Banerji is a solicitor at Freeths. To mark 100 years of women in law, the JLD is honoured to have Dana Denis-Smith, the founder of the First 100 Years project as the keynote speaker at this year’s annual conference and ball on 6 April 2019.