Is positive discrimination the answer to making the legal profession more diverse?

While the legal profession is making steady progress at becoming more diverse, it is not yet representative of the demographic of society. 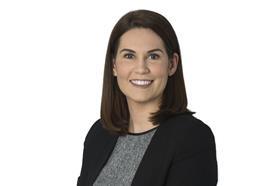 I recently attended a panel discussion on diversity and the continuing debate about the use of targets and quotas was ignited following a question from the audience.

In an employment law context, there is always a risk that by adopting such practices during the recruitment process certain groups can be disadvantaged while others receive preferential treatment.

There is also a risk an organisation will not be recruiting the best candidate for the role.

An employer may wish, as a matter of good business practice, to take positive action to help alleviate disadvantage experienced by groups sharing a protected characteristic.

In relation to the recruitment process, positive action allows an employer faced with a ‘tie breaker’ situation between two or more candidates who are of equal merit to take into consideration whether one is from a group that is disproportionately underrepresented or otherwise disadvantaged within the workforce.

Organisations are not, however, required to take such positive action.

In order to establish what is meant by ‘equal merit’, an employer should establish criteria against which a candidate’s overall ability, competence and professional experience together with any relevant qualifications as well as any other qualities required to carry out the particular job.

This assessment has to be made in relation to the specific post in question and such positive action must be a proportionate means of achieving a legitimate aim.

Such positive action needs to be continually reviewed and guidance from the Employment Statutory Code of Practice suggests drawing up an action plan in respect of this assessment.

All suitably qualified candidates have to be considered on their merit for the role.

Where one candidate is clearly superior or better qualified for the role than the other(s), an employer should, to avoid a claim for discrimination, offer the position to that candidate.

In the recruitment context, unlawful positive discrimination occurs where an employer recruits a candidate because they have a relevant protected characteristic rather than because they are the best candidate for the job.

There are very limited circumstances in which it is lawful to require a job applicant to have a particular protected characteristic, for example, where there is an occupational requirement that it is genuinely needed for the job.

Another industry struggling with diversity of its workforce is the police.

As the turnover of police officers is slow, it is taking the police force a long time to become more diverse.

The police force has been using many forms of positive action to encourage applications from candidates with particular protected characteristics, hosting familiarisation events, rebranding materials on social media to encourage new recruits and introducing buddying/mentoring schemes.

To date, such positive action has had a limited effect on increasing recruitment from protected characteristics.

Despite the police force’s good intentions to make the workforce more diverse, it recently came under fire when a white heterosexual male candidate was successful in bringing a claim of positive discrimination in the Employment Tribunal.

At the second stage of the process, candidates undertook an assessment for which they were given a percentage mark.

For those candidates that passed and reached the third stage interview, the police took the view that all pass marks were of ‘equal merit’ despite candidates being given an individual percentage mark.

In summary, the Tribunal found that such candidates should not have been treated on ‘equal merit’ where they attained different percentage marks on the second stage test and therefore found in favour of the candidate who, had it not been for the adjusted scoring method applied by the police, would have been offered the role.

This call has not yet been answered and there does not appear to be any appetite at present to permit positive discrimination in the workplace.

Perhaps it is time for a radical change in discrimination legislation to allow employers to positively discriminate to make their workforces more diverse.

This article was first published on 1 April 2019 by the Lawyer and is reproduced by kind permission.